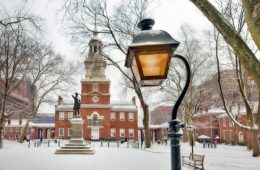 I live downtown on a busy alley. An avenue for garbage trucks and moving vans. I rent in a brownstone that’s even more eccentrically aged than myself: jerry-rigged with 100 years of electrical and plumbing updates. Each handyman leaving his legacy of genius, cheat, and alloy thereof. On the other side of the alley, blocking the sun, is a hulking new apartment complex that could’ve been built by the Army Corp of Engineers. It has all-butch grandeur.

The 5-Star Fort more or less cradles careers. It houses student mercenaries and post-student mercenaries from afar. Globalist recruits who’re the scions of Indian, Asian, and Arab dynasties. Most of whom learned walking invisibility in their own native slumlands. They glide past mentally ill pan-handlers and leave the liquor store without paying the guilt-tax to poor crowding niggers. At night, peeking through my curtains, I see well-bred Indians hosting dinner parties and solitary Chinese studying like monks at a desk. Of course the swanky barracks has creamy white valedictorians skimmed from Podunk. They’re the necessary “angels” because no self-respecting Han wastes his worth on Rainbow Humanity. Gujarati have similarly pursed hearts. It’s up to the fresh-faced whites to provide surplus grace and ambient gullibility.

So I live in a misfit brownstone across from a neat modular fortress. Everything in the latter calibrated, like a sexless/raceless robot, to a single high standard. The residents have an Ivy League air which upsets my dust. If only I’d been smart enough to get into UPenn! If only I’d qualified for Wharton School of Business or Wet-Works School of Chattel Engineering! Then I’d be retiring with a personal stake, an intellectual and financial investment, in servile bio-puppetry. I’d be happy see humans go obsolete! I wouldn’t care about my terminally subdued and fey white race.

Portfolio obsessed and proudly enlisted in the deep-state. That’s the other side of the great divide. That’s the other side of the alley where a sick Apollonian tech rules. Soulless, gleaming, and dreadful as an US Army passenger drone. Meanwhile, I’m living with local tellurics. I’m living with Blacks, Irish, and polka-grade Germans who’re rooted to the dirt. Back-slappers. Belly-laughers. Boozers with jail and puppies in their eyes. We’re exclusive in our carnal esprit de corps. Exclusive in our small talk with big bodied rhythms. Exclusive in our base Athenian “philia” as we lie about over-possessive girlfriends, step aside to politely fart upwind, and recycle yesterday’s gossip like barbers.

Far apart from the international dorm, we have our own Black ’n White outpost. We have our own bi-racial throwback to America before the 1965 Immigration Act and the Rising Tide of Multi-Color. Personally, I wouldn’t be such a damned “nazi” if I hadn’t been conned about race-replacement and cultural debauchment. Farrakhan knows, bless his Black Nationalist heart, how “Civil Rights” was pimped into Women’s Rights, Gay rights, Tranny rights, Wetback rights, and, inevitably, sex-robot rights. As Céline says, an elephant can bugger a flea if he doesn’t spare the ointment. But enough outrage. I’m living in a homey Black-White preserve downtown. I’m living in a time-warp and a mind-warp with graduated bums. Thoughtful fellows. Most professorial when it comes to lotto tickets and the Golden Age of Cadillacs. I must add that I don’t like my Black “homies” any more than they like me. But we’re used to each other. We have a genuine, historically-ripened, familiarity. We’re almost like kin in our ability to share despite irreconcilable differences. A civic nationalist would say that we’re tried and true Americans! And he didn’t be right, just as long as he didn’t include international carpetbaggers in our fold.

Modified flop-house. Thoughtful bums. Shared ferment of Salvation Army sport-coats. That’s the home team managed by a Greek landlord who works a grill, frying cheese-steaks with fresh sirloin tip, at the family restaurant. A lion among men! A leader of impeccable integrity! Then, on the other side of the dividing wall where drunks and dogs pee, there is the super-secure compound with the kaleidoscopic face of The Plutocratic West.

A split between old and young, poor and rich, expiring promise and globally ballooning promise. I’m amazed at the lack of spite. Other than myself, a racist in principle more than a racist in blond conceit, nobody begrudges the arrivistes and their coy darwinism. I try. I try again. I try to get my “homies” to blurt a color-blind curse. Eat the rich! Everyone knows that we’re getting priced out of the neighborhood, but I’m alone in my heavy-headed twist. I’m already looking over my shoulder at the tragic scale of the receding vista. It helps to have read The Decline of the West.

So what if Charles Bukowski, an ersatz Jesus to beautifully simple bums, thought that scholarship was for sissies? Bukowski would’ve thought that meta-scholarship was for meta-sissies. He’s the polka-brained tenant of record in Philly. The authoritative raw poet. Defying of his lead, I’ve studied Spengler’s theory of Culture and Civilization. Culture: Young, lithe, daring and honorable under country skies. Civilization: Old, brittle, conniving and mean under city lights. Culture gives all it has. Civilization takes all it can. Spengler explains the brain-drain from American pastures and the ports of Third World Oz. Ambitious kids get sucked into economies of scale, the aesthetics of mass standardization and the hyper-adrenalized stasis that makes Philly or NYC a sticky clusterfuck. Plus, metropolises have the lure of the Big Name Brand. They are the grand magnetos of Civilization spun into flashes of paranoid politesse. Do you know that, despite the vortex of high-tech security gizmos, the feds have locked the public toilets on Independence Mall? That’s how oversold American Civilization is to tourists. Invade the world. Invite the world. Then lock the potties so no crass jihadi drops a bomb in the trash and no pissy old white man, with a 1950-issue bladder, can get emergency relief. I’m with Bukowski on the tour de farce imperative. Still, as age bloats then rots bravado, I retreat to books.

Take it from me: harmony is over-rated when horizons fade to grey. Father Time marches on and so does old Man Winter. I’ll soon fall in step with Western decline and join Senior Housing. 1) Because it has income adjusted rent for poor old guys. 2) Because my landlord’s taxes are going up, up, up with new construction downtown, and that means my rent is going up, up, up with the influx of talent from Asia, India, Arabia, and Podunk. I’m being displaced at an age when it aches to move. Oh my aching back. Oh my aching heart.

I’ll end with the story of my landlord. A Greek in a cook’s apron. A proper slinger of cheese-steaks with a pencil behind an ear and a nagging mom putzing behind the counter. His dear dad, RIP, fought the commies in the hills after WWII while the Brits parachuted supplies. After Truman invited the Freedom Fighters to America, my landlord’s dad arrived to bus tables, learn English, and build a grub-stake. Work. Work. Work. Then while the Blacks were rioting in the 1960s, making an Old Testament virtue of racial vengeance, whites liquidated and fled to the burbs. That’s when a whole generation of tough little Greeks, used to dodging bullets, bought prime property.

The further backstory is that Greece was occupied by Turkey for centuries. Just as the Greeks preserved their local patois and feuds in the company of turkic hordes, they now preserve their differences in the company of Multi-Racial Rainbow Rabble. That’s the Greek way. They defiantly embrace their very own, including their very own tenants, jobbers, and lackeys. Let me tell you something. You’ll think I’m bullshitting. If I told you that I cut my own hair? You’d say fine. You’d say that many old guys practice on themselves before debuting as senior home barbers, liars, and gossips. But if I told you that I have lived for the past 10 years with no lease, no damage deposit, no last-month’s rent up-front? Simply insured by the word of one trusty Greek landlord to another trusty Greek landlord?

That my friend, is freedom. That is archaic yet timeless freedom nailed, with a crystal spike, to personal bond unto death or Turkish invasion or Racial Armageddon or North Korea hacking of the electric grid. Baron Evola knew. But Evola had to recall the Ghibelline Middle Ages to show the arch-honor I’ve got today in Philly. Whether my pure loyalty, more syncretic and even accidental than willed, makes me superior to the global mercenaries across the street is a rude question.

Because I must transcend Bukowski’s raw genius when I’m not plagiarizing his riffs as a polka-brained tenant in Philly, I’ll reprise and recast meta-learning. I’ll present the most notoriously learned German-Pollack of all time. The introductory arc is that my Greek landlord would never-ever invite my “barbarian” self, however noble, into his own home. That’s the pathos of distance. That’s Friedrich Nietzsche’s “Pathos of Distance” writ small and it’s nevertheless a very-very good thing when it comes to men loving other men with all their hearts. So much for my landlord and myself. We’re old school. We’re old school through and through the tissue of trust.

Now I’m thinking about a Senior Citizen’s home. With its nondiscrimination clause: acceptance without regard to race, creed, national origin, sexual stripe, and gross insincerity. I’ll get income adjusted rent as a senior. I’ll become a ward of the state. It’s very, very sad. It’s the December of my life.