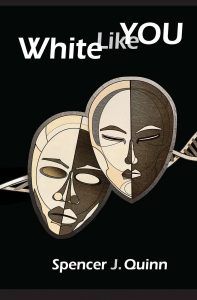 Failure, basically. As a writer prior to my time at Counter-Currents, I had met with consistent failure. In the 1990s and 2000s I had written several novels, all of which face-planted when I attempted to find a publisher. It was very discouraging. For my last one, I sent out over 130 query letters. Exactly four agents asked to see a sample. Only one wrote me back after that, and was very hesitant to work with me unless I dumb the language down to middle-school level, as she told me. I didn’t have the heart to gut my work, so I gave up. I came to the conclusion that mainstream publishers were just not interested in what I was trying to sell. And that was partially because I was not terribly interested in what I was selling either, given that I am not a mainstream kind of person. All this time, I had been tailoring and censoring my work in order to make it fit with mainstream readers, but my heart was never entirely in it. I figured that if I wanted to continue writing, I would have to find publishers beyond the mainstream who might be more comfortable with the real me.

Why do you think your work failed?

At first, it was because of its poor quality, no doubt. In the mid-1990s I discovered that I loved writing, especially novels, but I still did not know how to edit. Like many young writers, I’m sure, I lacked discipline and humility and the kind of mature perspective that separates beginners from more established writers. My first couple books certainly suffered from this. As I got older, I learned how to edit; and not just edit but ruthlessly edit. I no longer had sentimentality for my own writing. I would take a 200-word passage and hack it down to 125 or 100 and not care about the gems getting excised. I did this so many times I got good at it. I was flabbergasted at how many wasted words can appear in a sentence, as well as how many repeated ideas and unintended meanings. I started to get embarrassed looking back at my older writing. I began studying and internalizing The Elements of Style by Strunk and White, and “Politics and the English Language” by George Orwell (about which I wrote an article for Counter-Currents [3]). It was a lot of work, but I did notice improvement over time. It was around this time when my sense of hubris changed into a sense of real confidence in myself.

Yet my later novels still failed. This is what frustrated me. I knew my work was good, better than the majority of the fiction being published. I certainly worked extremely hard enough. So why was I still failing? I couldn’t chalk it up entirely to having no contacts in publishing. If I was as good as I considered myself to be, then perhaps ten or fifteen percent of agents would have been expressing interest in me, instead of one or two percent. Further, I knew other writers as unknown as I was who were getting far more encouragement from agents. And in my opinion their work wasn’t anything special. So after the failure of my last pre-Counter-Currents novel, I was left searching for answers.

And what answers did you find?

The fundamental misconception under which I had been laboring was that an objectively good novel will be assessed objectively and ultimately published according to its merits. I loved great literature, such as Dostoevsky, Gogol, Trollope, Dickens, Orwell, Camus, Melville, Twain, and others. I calculated that if I produced something as good as that then I would get published too. After all, who doesn’t like a good book? This was tremendously naïve. In reality, what matters most for an unknown writer is to convince agents and publishers that your work already has an audience. If you don’t have an easily discernible audience, then no one in publishing will take a chance on you regardless of how good your work is.

I finally understood that I really didn’t have an audience for my work. Either my novels were too bizarre, too literary, or too personal. Nobody would care about these stories unless they were written by someone who was already famous, someone in whom thousands or millions of people had already invested hours of admiration or fascination. I didn’t have that. I also didn’t have a clear path upon which I could go about and get it. So, basically, I was done. I knew writing literature would be a dead end for me unless I changed my attitude about whom I was serving with my writing.

I asked myself, basically, who is my audience? Who, if reading the real me and not the politically correct chameleon I was trying to be, would accept me and the stories I really wanted to tell?

The answer came right away: the American Renaissance crowd. This was in 2011. Amren was the only Dissident Right website I knew about at that time, and at Amren, especially in the comments sections, I had learned that there were race-realist whites out there who were just like me. Back then I was on the rightward edge of acceptable conservative thought. I was secretly a race-realist but still in thrall with people like the Ace of Spades, Instapundit, and Victor Davis Hanson. I still like those guys a lot, but, by not frankly addressing race realism, I just knew they were missing the cause of most of the problems we face today. Of course, I experienced a sea change in 2012 when National Review fired John Derbyshire not only for saying things that were absolutely true, but for using the blunt racialist language the Left has been employing for decades. It was that and Mitt Romney’s loss to Barack Obama in 2012 that caused me to abandon the conservatives altogether. I was in the middle of writing White Like You at the time, and it only encouraged me and made me realize that such an uninhibited race-realist novel needed to be written.

What was your plan to publish it?

My only plan was to write it and then peddle it to Dissident Right or White Nationalist publishers and hope for the best. This strategy seems just as tenuous to me today as it did in 2011, but really, I had no other options. Publishing such an explosive novel under my own name could easily have wrecked my career and endangered my family. So I forged on, not even knowing if such publishers even existed. After some research I learned that there were some, with Counter-Currents, Arktos, and Castalia House being the most prominent. Right away, however, I noticed that Counter-Currents differed from the others in that it posted essays from numerous writers in addition to publishing books. So my plan for Counter-Currents was introduce myself as an essay writer and then, if things went well, request they take a look at White Like You.

I am extremely gratified to say that that is exactly what happened. In March 2016 I offered Greg Johnson three essays. He liked them, published two of them, and we’ve had a productive working relationship ever since. And for the first time in my life I felt my literary career was under my control. I knew that if I wrote my ass off, like Pete Rose cranking out base hits and hustling all over the ball field, not only would I impress Greg and increase the odds of getting published, but I would also build up a readership, something I never had before.

I also learned, to my surprise, that I really enjoy writing essays.

Did you have any concerns about the novel when you were writing it?

Yes. For one, I was afraid that its genre and overall plot may seem too familiar. America in its dystopian future pitting Leftists and Muslims against white right-winger types: where have we heard that before? If you describe the general idea to someone in our circles they might simply yawn and say, “Been there, done that.” We already have Harold Covington and Kurt Schlichter, not to mention William Pierce. So what do we need White Like You for? But I was already knee-deep in writing it when I first noticed this danger. It was far too late to start over. In any event, I knew the book had the expanse, the excitement, the wit, and the characters to transcend its genre. The novel also contains a prominent psychometric element that I was sure made it unique, not just for Dissident Right fiction, but for all fiction. At some point you just have to have faith in your convictions and continue on.

Another concern was that I became red-pilled on the Jewish Question while I was still writing White Like You. This led to some interesting revisions in the one chapter which deals with the JQ. Even in the last weeks before going to press I learned something new and needed to revise. Through dialectic I attempt to approach the topic from a completely new or at least interesting angle. It will be up to the readers to decide if I succeeded.

First and foremost, I hope to entertain people on the race-realist Right, regardless of how ‘hard’ or ‘soft’ their positions are. Despite its prominent literary elements, White Like You is a thriller and I gave it all the action and suspense and violence one would expect from a first-rate thriller. I want it so people won’t be able to put it down and will need to smoke a cigarette after finishing it. I want also for people on the Right to feel less lonely after reading White Like You. I want them to know that there is a person who thinks like they do, who feels like they do, and has produced a work of literature that will hopefully give them a greater sense of belonging. Then and only then, if readers wish to delve deeper and contemplate the novel’s themes and characters, they will see that White Like You will give them all that they can handle in that department as well.

And if someone not on the Right reads it and decides to come over to our side—or at least change their perspective on race and identity—then that would be icing on the cake.

Beyond that, I would love it if Victor Davis Hanson were to enjoy it. He would be flattered to know how much of his Carnage and Culture went into it. Same for Kevin MacDonald and his Culture of Critique. Same for John Derbyshire, Jared Taylor, Ann Coulter, Kim du Toit, Markus Willinger, and a host of other writers across the spectrum of the Right. I’m sure I ripped off a joke or two from the Ace of Spades somewhere in there as well.

And for my competition, namely Harold Covington, Kurt Schlichter, and others, I hope White Like You [2] makes them just a little bit uncomfortable. You’re on notice, guys. This is how you do dystopian, right-wing fiction. Our readers deserve only the best.