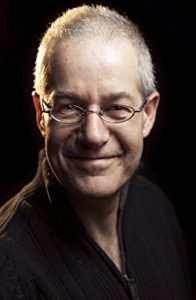 Massimo Pigliucci is an evolutionary biologist and professor of philosophy at the City University of New York. He has played an important role in the popularization of a modern Stoicism in recent years (see his useful collection of materials for practicing Stoicism on his blog [2]).

While some of the renewed interested in Stoicism, like Buddhism, has a somewhat commercial flavor, I for one think this is a very good development. Stoicism is a powerful antidote to the individualist and egalitarian excess that has so dominated the West since the 1960s. In contrast to this, Stoicism posits that our good and our duty is to live in natural harmony as part of a wider, hierarchical whole which is our society and the universe. Pigliucci said on one podcast [3]:

The Stoics had a recurring phrase which was that you should be “living according to Nature.” Living according to Nature doesn’t mean that you should go naked in the woods and hug trees. It means you should understand how the world works: both the world at large, the cosmos itself, and in particular human nature. You should have the best understanding possible of the kind of being that a human is. And, for the Stoics, the two most important aspects of a human being is that we are a social animal, that we are interdependent on each other, and that we are capable of reason. …

There are both social roles and biological roles that we play in our lives, and our lives are going to be much better if we play those roles better. Doing so means understanding what those roles are, understanding how you fit in the rest of the world.

We stress here that Pigliucci has highlighted that Stoicism involves investigation into “human nature … the kind of being that a human is” and recognition that we should fulfill our “social and biological roles.” Stoicism, as an ancient philosophy, can and must then be powerfully supplemented by the insights and discoveries of modern Darwinian evolutionary science, notably in the fields of evolutionary psychology, psychometrics, and genetics/heredity.

All this begs the question: what are the implications of human biodiversity for an enlightened cosmopolitics [4]? Could this entail that we should have demographic policies aimed at maximizing the harmony and cognitive quality of our societies? Certainly, Plato and Aristotle advocated extremely [5]muscular policies in this direction [5], even if in practice, for lack of science and technology, the eugenic ideal in antiquity remained a largely negative and ineffectual phenomenon.

I raise all this because Pigliucci is also an opponent of both President Donald Trump and of his immigration policies, notably the building of a wall on the Mexican border to reduce illegal immigration. This is despite the fact that he recognizes the analogy between late-Roman barbarian invasions and modern mass immigration to North America and Western Europe. Pigliucci argued during a lecture [6] (actually, a good NEET should isolate this 90-second segment and share it on Twitter), citing the popular classicist Mary Beard, that the Roman Empire did not fall, as is often said, due to a collapse of morals, but because of massive illegal immigration by northern barbarians:

The Roman Empire – if you want to have any direct analogy to what is happening today – … very likely collapsed because of forced immigration from the outside, from people who had no better way of living. Very few people are aware that the so-called barbarians the Visigoths, the Goths, and so forth actually wanted to become Roman citizens. The first waves of barbarians were immigrants! These people were coming in with their families. … The analogy there is actually with the current waves that we are seeing these days in the news of immigration, not just in the United States but in Europe. … These are the people that so-to-speak bring “the end of the world.” Not because they’re going to conquer you, not because they’re evil or anything like that, but because when millions of people are in need of resources, they’ll move.

So far, so good. According to Pigliucci (and Mary Beard): Cleander did nothing wrong [7]! Pigliucci then adds:

And there is no freaking barbed wire or wall or anything like that which is going to stop them. Nobody has ever stopped them in the history of humanity, and no wall, even one built by Donald Trump, will ever stop them.

Pigliucci, as far as I can see, seems then to be suffering from a severe case of cognitive dissonance concerning immigration. I am perfectly ready to concede that Trump is a legitimately repulsive figure for many people – one need only consider his style, his personality, his environmental policies, his friends in the Big-Business and Israel-Lobby wings of the Republican Party. However, one must also recognize that Trump represents an instinctive and very real attempt by the historic American people, what is left of it, against precisely the kind of mass immigration which, Pigliucci says, destroyed Rome. Does the Trump phenomenon not merit some consideration in that regard?

It does no good to say that immigration is a force of nature and therefore no policy can prevent it. We cannot prevent all traffic accidents, but that does not prevent us from trying to minimize them. Furthermore, the policies of Israel, Japan, or Hungary all clearly show that immigration can be reduced to negligible levels if there is the political will to do so. President Barack Obama and Chancellor Angela Merkel both, clearly, showed no will to enforce the laws of their country and the will of their citizens concerning illegal immigration. And both have rightly paid a price as a result of this, with natural backlash in the form of the rise of nativist populism. Finally, we note that Trump – despite being hobbled by his own open-borders Republican Party and the liberal Establishment – has succeeded in reducing illegal immigration to the lowest level in 17 years [8]. This shows that a government’s mere expression of a will to enforce immigration laws was sufficient to significantly dissuade would-be illegal immigrants!

Pigliucci is perhaps motivated by apparently generous concerns: that after all, no immigrant moves unless there is a compelling reason to do so, most commonly severe economic discomfort in his own land. However, a “humanitarian” immigration policy is no good if it harms American society as a whole. Immigration cannot be accepted if it harms the community – for instance, if it undermines that common national identity so necessary to civic solidarity or if it lowers the average quality of the citizenry.

For, as the Ancients incessantly affirmed, what matters is the good of the community, of the whole. Our beloved Marcus Aurelius himself says so again and again: “What brings no benefit to the hive brings none to the bee” (Meditations, 6.54), “What causes no harm to the city causes no harm to the citizen” (5.22), and we should do whatever is “opportune and advantageous to the community . . . directed to this single end, the common benefit and harmony” (7.5). I for one have not given up on the ability of reason and dialogue to produce salvatory fruits for the West and indeed for humanity in this century.