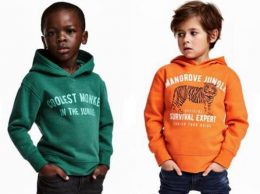 This will be a relatively short article, but it raises some important philosophical questions for those who believe in the false dogma of either race blindness or race as a social construct. Both deny the physical nature of race as a reality. A few days ago, the clothing retail chain H&M released an advert featuring a black child wearing one of their hoodies that bore the inscription ‘Coolest monkey in the jungle’. This has now resulted in Blacks in South Africa organising and mobilising against H&M stores, which have been trashed and looted. The Blacks, as ever, claim their actions are justified because H&M are ‘racist’ because of the word monkey being in close proximity to the black child. The question as to quite why a company that wants their custom would wish to insult them has not occurred to them, nor has the fact that their reaction resembles the behaviour of lower primates, but these points rather disguise the main issue regarding the whole notion of ‘racist’ insults of this nature.

The question that we ought to be posing here is why is the word monkey so offensive to Negroes? It has, of course, been a traditional insult by Whites in Europe who have understandably felt threatened by the increasing colonisation of their lands by Negroes, it often having been shouted at black football players from the terraces during the 1970s and ’80s. However, the Left inform us that Negroes do not physically resemble monkeys, so the epithet ought to be meaningless, yet at the same time, they inform us that it is ‘racist’. The question then also arises, why is it not racist to call the white football manager Peter Reid (below) a monkey? After all, he also often received the chant, ‘Peter Reid has got a monkey’s heed!’ from opposing fans. This was quite obviously because Peter Reid does indeed have a certain resemblance to a monkey. I therefore invite any passing Leftists to ‘enlighten’ me in the comments section. Is it racist to say that an individual Negro resembles a monkey and, if so, is it then because the logic follows that Negroes in general resemble monkeys? Conversely, is it not racist to call a White European a monkey because White Europeans do not as a rule resemble monkeys? 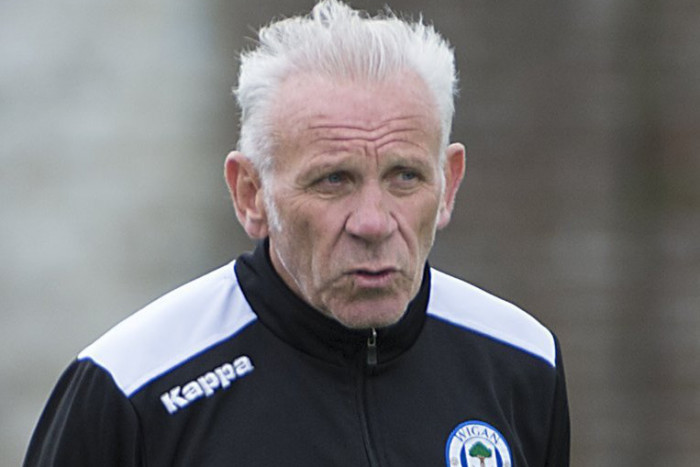