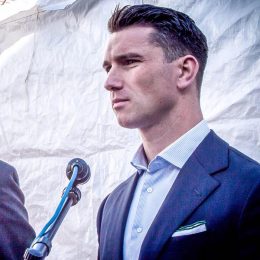 A recent study in the Journal of Public Economics [2] draws a conclusion we arrived at a long time ago: Right-Wingers are better looking than Leftists. Researchers conducted several experiments, one of which involved showing subjects photos of various politicians and political candidates: members of the European Parliament, U.S. gubernatorial and congressional candidates, candidates for the Australian House of Representatives, etc. Subjects were told to rate the images on a five-point scale of attractiveness. Conservatives won in a landslide.

In “low information” elections, where voters have little concrete information on candidates, there is a demonstrated tendency for voters to go with whoever is better looking. Obviously, considering the above findings, this gives conservative candidates a natural advantage. Interestingly, researchers also found that when subjects were asked to guess the political views of those in the photographs, they tended to guess (correctly) that the better-looking ones were conservative. This shows that people are at least tacitly aware that there is a connection between being Right wing and being beautiful. 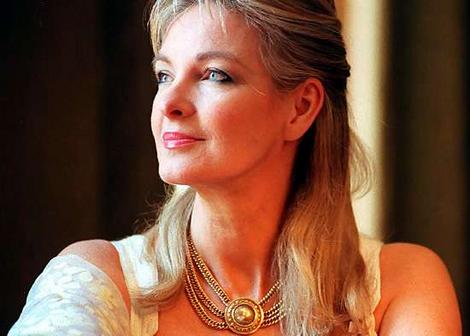 Predictably, the researchers’ hypothesis as to why these differences exist is blatantly skewed, self-serving, and self-congratulatory:

A more general psychological explanation could be that good-looking people are more likely to perceive the world as a just place, since [based on studies cited by the authors] they are treated better than others, achieve higher, and are happier – and a frequent reason for people to sympathize with the left is a perception of the world as unfair. In line with this, it has been found that greater self-reported attractiveness is negatively related to a preference for egalitarianism, typically associated with the left: The more beautiful people consider themselves, the less they are in favor of redistribution. 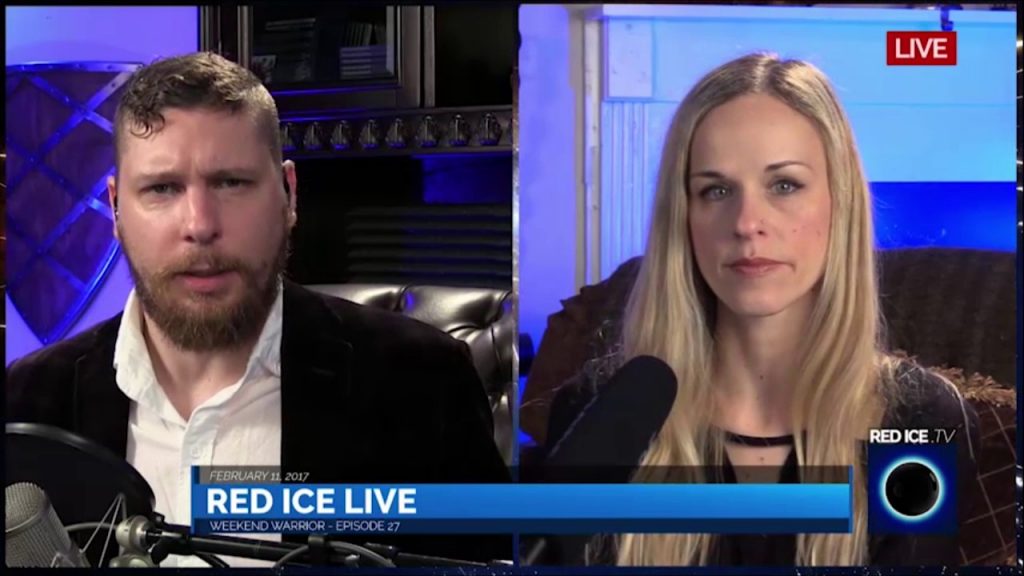 Needless, to say there are a lot of good-looking liberals – most movie stars, for example. And there are some butt ugly conservatives. In fact, it used to be the case that on the far, far Right one typically met a pretty motley crew indeed, many of whom would be welcome at any casting call for “fat, ugly, menacing, possibly deformed, possibly inbred bigot type.” It’s really only in the past ten years or so that the aesthetics of “the movement” started improving, and drop-dead gorgeous folks started showing up at our events. 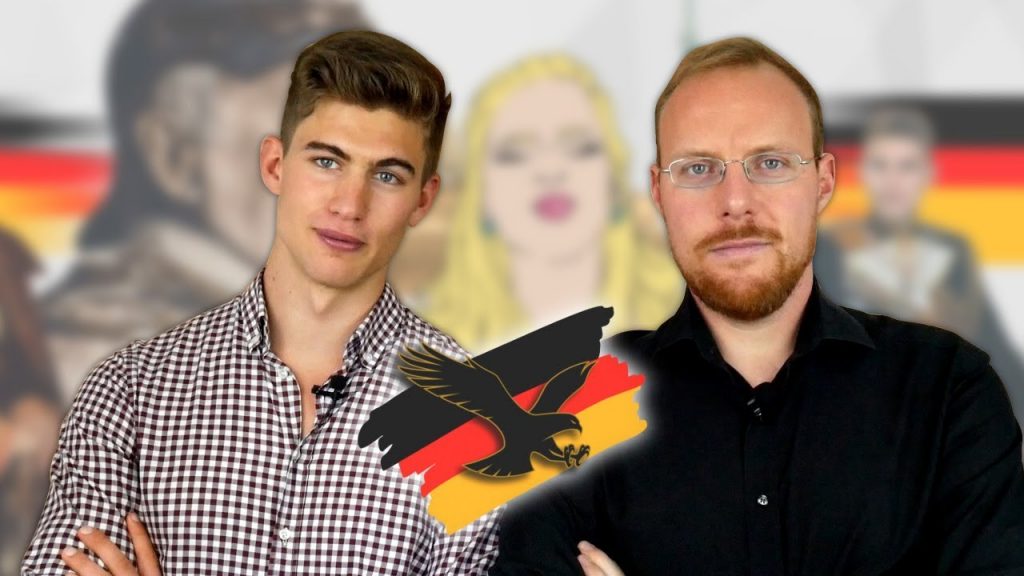 Of course, the vast majority of liberals and conservatives are just like the vast majority of people in general: average. People you would neither drool nor vomit over; just people you wouldn’t look at twice. However, to explain the dynamics of the liberal-conservative attraction gap you need to look at the extremes. The authors of this study have approached things from only one end and, as I have said, offered a typically self-serving analysis. Let’s start from the other end: the scrabby, vomit-inducing rump end that is the radical Left. 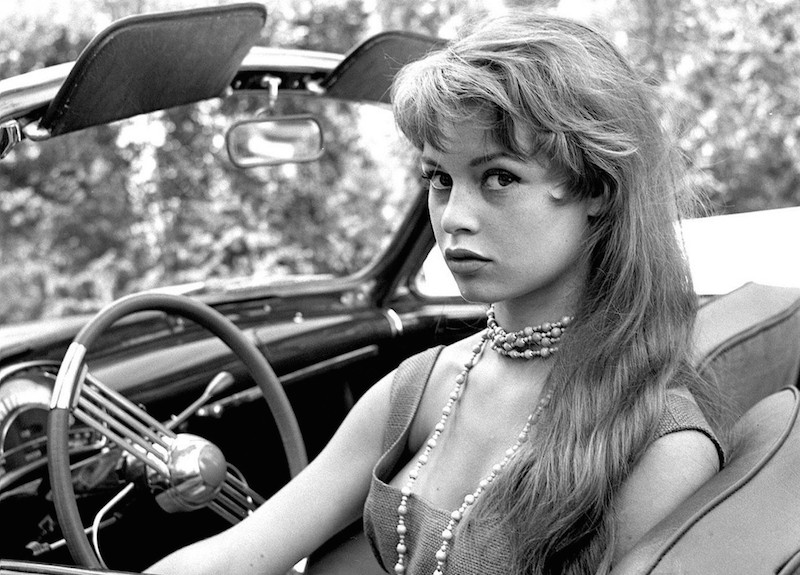 It’s hard not to notice that many feminists, SJWs, self-proclaimed socialists, beta-male cucks, and transgender freaks are as ugly as sin. Long, long ago I observed that the feminists who complained the loudest about women being treated as sex objects were also the ones least likely to suffer such mistreatment. (Sort of like the brittle, flinty female temperance crusaders who proclaimed, “Lips that touch liquor shall not touch ours!” thus giving men another reason to drink.) I need not elaborate further: I am talking about a phenomenon very familiar to my readers, about which much mirth has been made, a good bit of it immortalized in alternately gag-inducing and hilarious YouTube videos [7]. 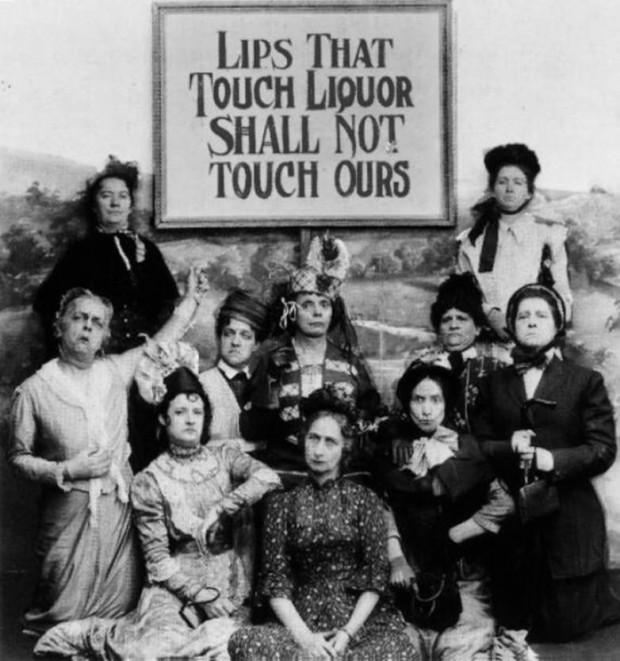 In late December, I went to a performance of Beethoven’s Ninth (an annual Yuletide event for me). Sitting not-so-comfortably in my tiny seat, but comfortably surrounded by white folk, my evening seemed well-nigh perfect. Until this fat, green-haired thing sat down in front of me. I am pretty convinced it was female, though I’m not so sure that it was convinced. And it had a companion, an equally indefinite, blobular creature with buzzcut hair wearing a black boiler suit. Something seemed wrong in a – how shall I put it? – . . . . . chromosomal way. But that’s probably just making excuses for them. The rest of the evening was my attention being pulled back and forth between the sublime Beethoven, Prince of the Western Blood Royal, and the bovine, green-haired reminder of modern rot. After awhile I closed my eyes – and realized this meant I might as well be home listening to the CD. 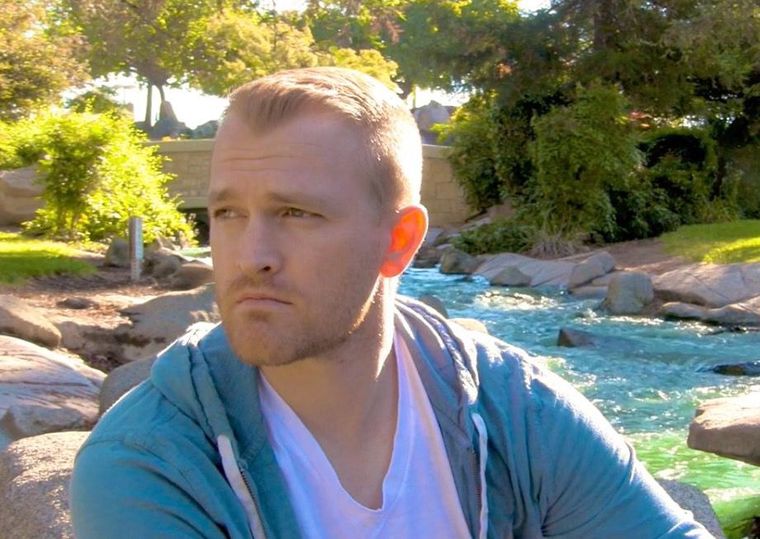 My likeminded companion observed during intermission that no good-looking people dye their hair green. And the combination of hair dyed unnatural colors and facial piercings belongs 100% of the time to the butt-ugly crowd. These are people who have uglied themselves up because they have nothing else going for them. Had my mother seen such folk she would have shrunk back in horror and asked “Do they think that’s attractive?” No, dear mother. They do not. They think, correctly, that it’s ugly. Their “look” is a self-conscious revolt against standards of beauty they know they can never live up to. A beauty which, the other half of the time, they revolt against by declaring it “socially constructed.” This amounts to: beauty isn’t real, so my ugliness isn’t real, so I don’t have to feel bad. Since this doesn’t work as a coping strategy they amp up the ugly: layering over their unchosen, natural born ugliness, to which they cannot reconcile themselves, with a thick layer of chosen, trendy ugliness. Autonomy! 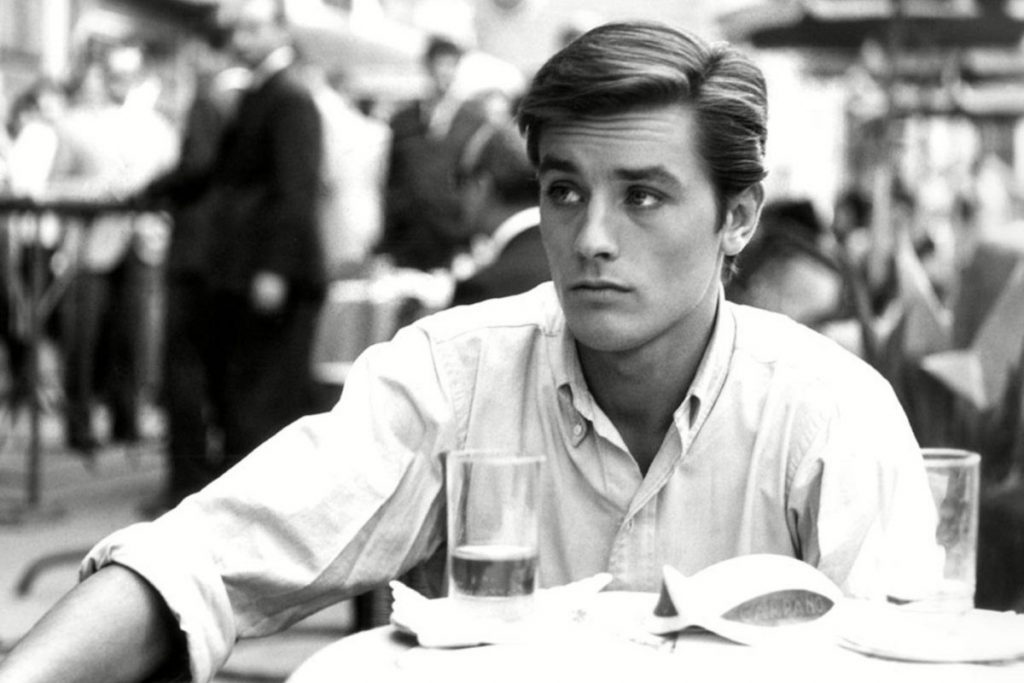 Of course, underneath the rationalizations it is all just a reproductive strategy. Natural ugly didn’t get them laid; so maybe exaggerated, hard-not-to-notice, hip and trendy ugly will. No it won’t, actually. People will go on being attracted to attractive people, leaving the fat, pierced, and green haired to sit it out. Nature will not alter itself to compensate those who lost out in the genetic lottery (unless they earn a hell of a lot of money). Thus, that frustrated libido must be channeled somewhere, and out it poots in the form of slave morality. The ugly resenting the beautiful; the fat resenting the slim; the weak resenting the strong; the unsuccessful resenting the successful; the abnormal resenting the normal; the low-testosterone resenting the high testosterone. But there is more to it than that: slave morality inverts natural values. It celebrates ugliness, obesity, weakness, failure, abnormality, and low-testosterone cuckiness. 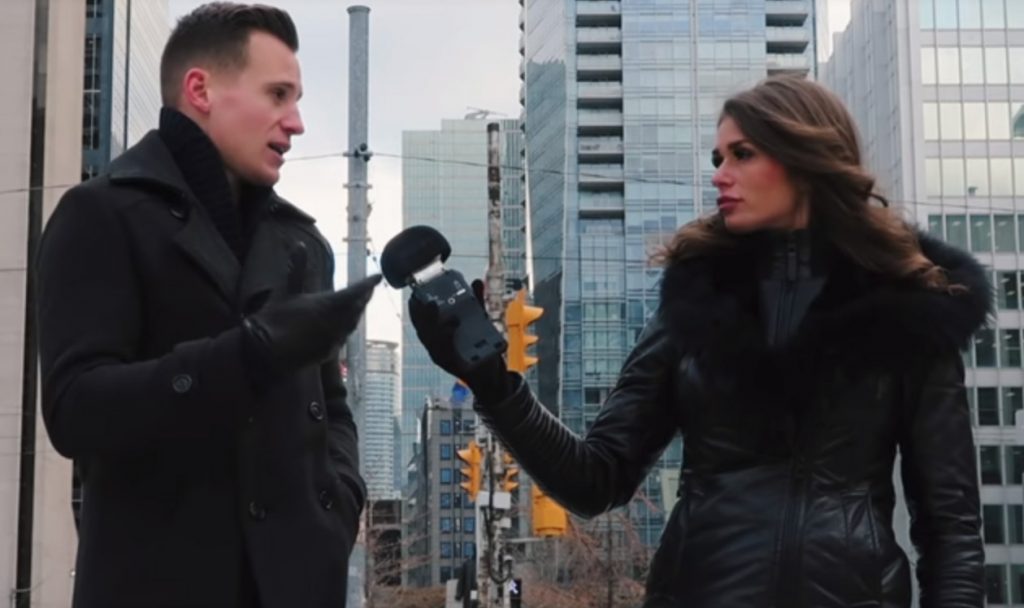 This pretty much sums up the liberal base today. As the song says, there’s nothing Nietzsche couldn’t teach ya [12]. Yes, folks, we really need Nietzsche now more than ever. He gives us the key to understanding the liberal-conservative attractiveness gap: ugly people – as well as the weak, unsuccessful, and abnormal – turn to liberal politics as a kind of revenge against those who have what they lack. And as a revenge against reality. 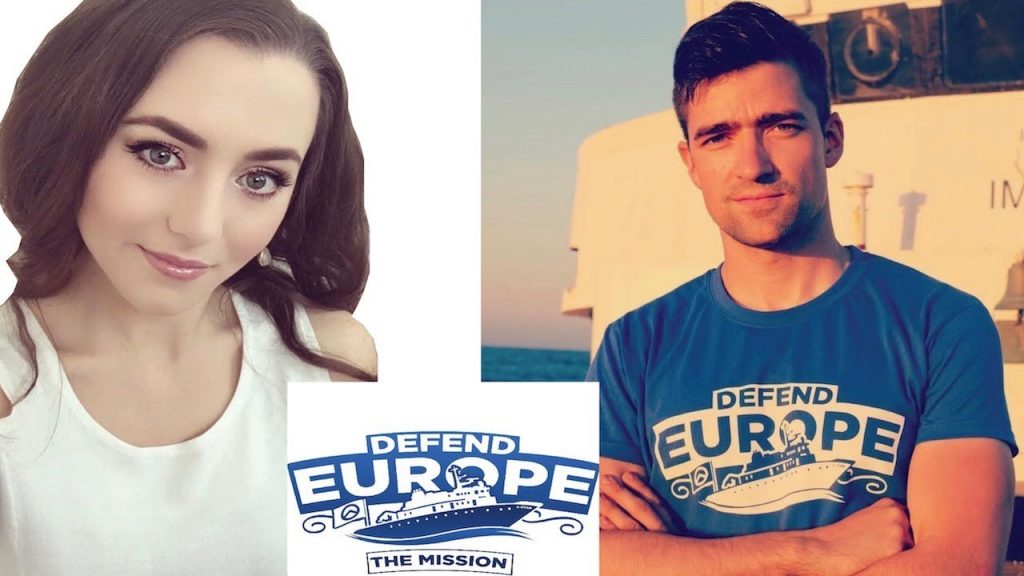 Note how much of political correctness is about theorizing inconvenient realities away – I have already mentioned the “social construction” nonsense – or forbidding their discussion. In fact, just getting the pretty, successful, strong, and well-formed to tiptoe around the issue of their superiority is a victory in the tiny little minds of the slave types, for it is a form of social humiliation. A demonstration of the power of the slaves. Slave power has nothing to do with creating anything new or strong or healthy. It has to do with spitting at, stifling, and humiliating the strong and healthy. 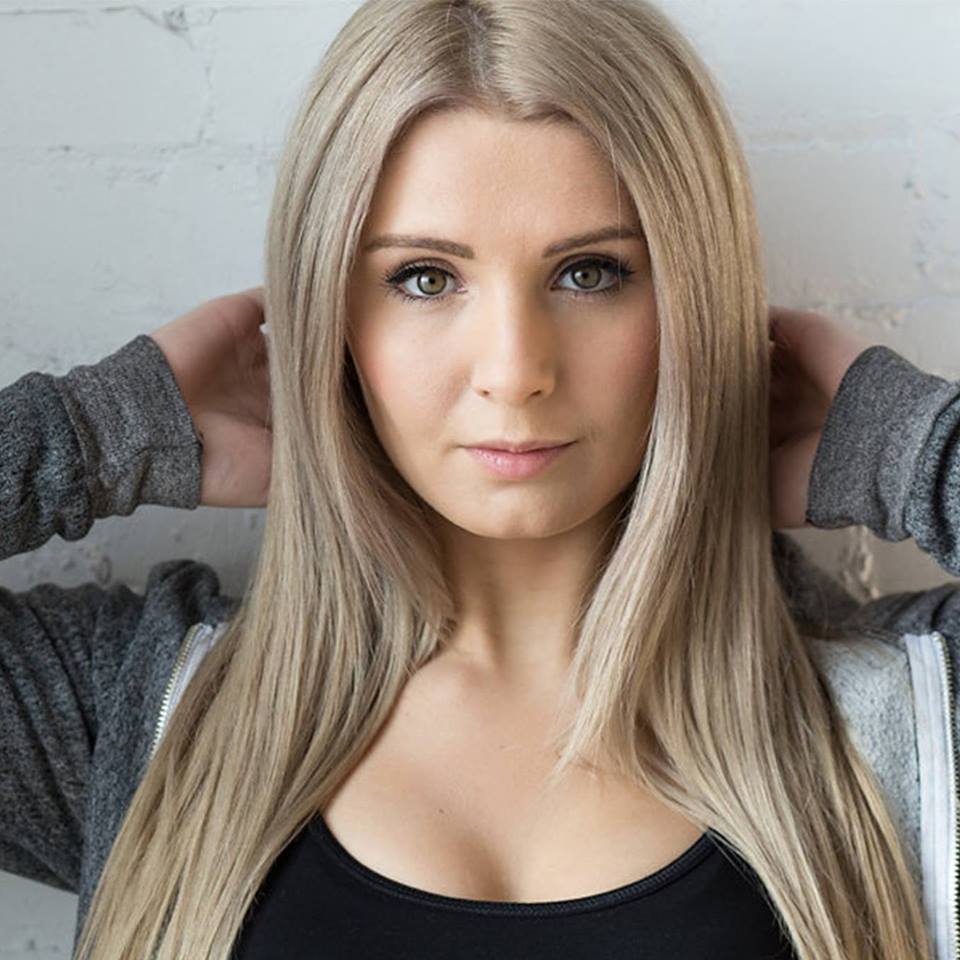 Hence the real horrors that we are seeing today: the calls for white extermination, the pussy hats, the pathologizing of masculinity, “fat acceptance,” the celebration of “transgender” insanity, the “deconstruction” of “heteronormativity,” and so much else. Through all of it runs an absolutely unmistakable tone of undisguised, masks-off, unapologetic hatred. What Ayn Rand called “plain, naked, smirking evil.” It’s good that Nietzsche didn’t live to see this, as he would have gone even madder. Docile Friedrich would not have spent his last days tinkling the keys of his sister’s pianoforte. No, they would have had to find him a rubber room. And I may need one if things keep going this way. 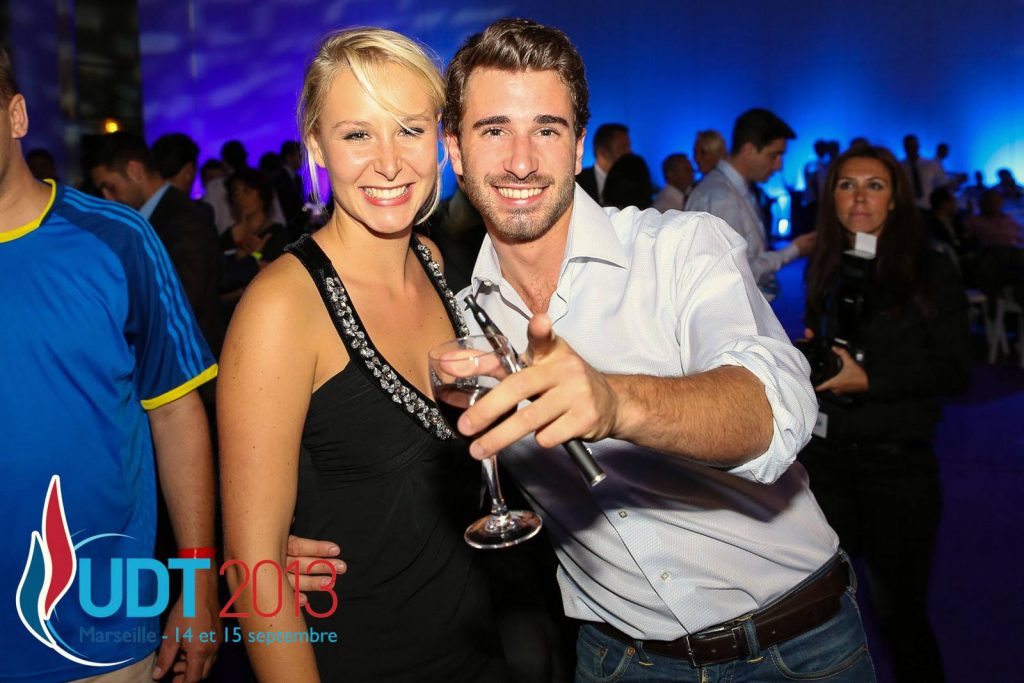 Yet I find some solace in reminding myself of how pretty we are on the Right. Indeed, let us all take solace in this, and celebrate it together. Let us heap scorn upon the pierced, green-haired losers and fatties, the saggy-titted old hippies, the undoable, prune-faced feminist harpies, the underendowed, low testosterone cucks. And let us feel no guilt in not being “nice.” It feels wonderful to be liberated from the tyranny of niceness. It feels wonderful to pass judgment as nature intended: from atop our Olympian thrones of beauty and strength, sitting in mesomorphic majesty. Let us look forward to the day when the rats once more simply scatter when subjected to our withering gaze. 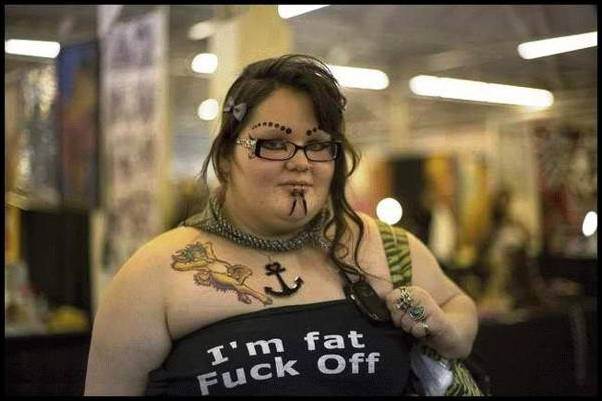 Good looking people are not conservatives because they’ve “got it easy,” as the above-referenced study suggests. No, in today’s world the beautiful, strong, and successful are under attack. Such people naturally gravitate toward a kind of conservatism because it is chiefly resentment against beauty, strength, and success that inclines someone to radical Leftist politics. As Nietzsche taught us, those who are physically well-formed and have no reason to resent reality naturally espouse the most natural of value systems: the one that celebrates beauty, strength, health, intelligence, fecundity, and life. This last is crucially important, for the philosophy of Leftism is, in its essence, a will toward death: toward the suppression of health, natural excellence, procreation, and, most of all, the differences, antagonism, and struggle that is life itself.

Leftism is not something that can be argued with. It is a plague of ugliness that must simply be stamped out. 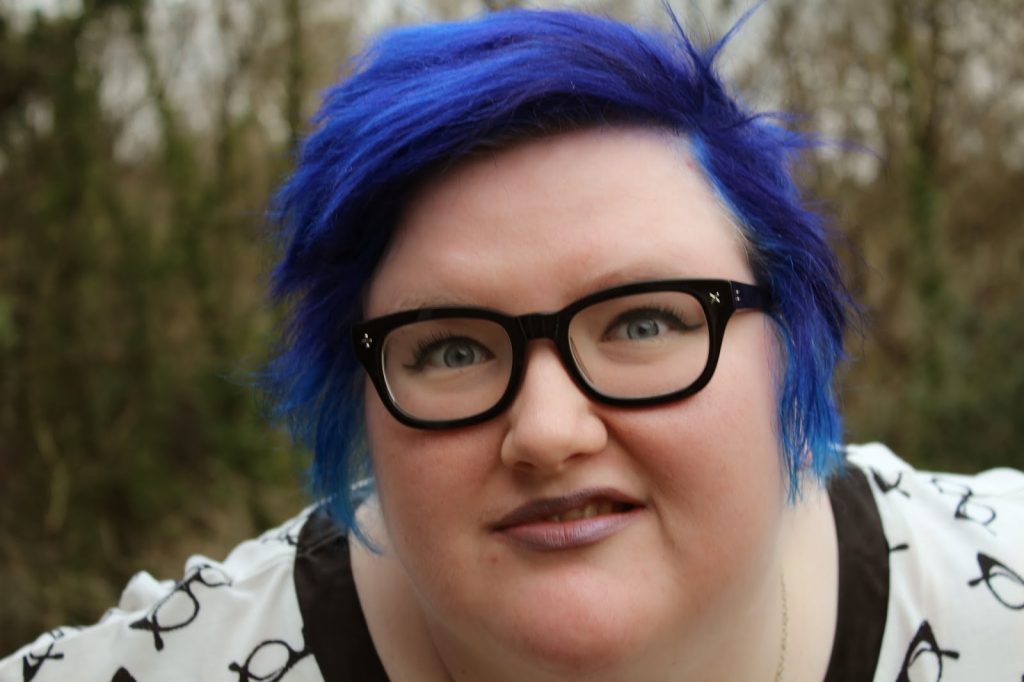