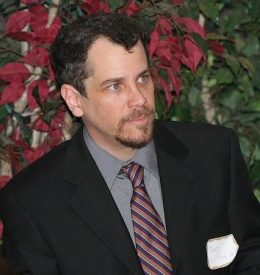 The final point I would like to make regarding David Cole’s take on Paul Nehlen [3], who is challenging Speaker of the House Paul Ryan for his Congressional seat this summer, is that the opposing sides of this issue operate from completely differently playbooks, which has caused, to quote the Man in Cool Hand Luke, “a failure to communicate.” At least mainstream liberals and mainstream conservatives can find some common ground in the Bible or the Constitution or Uncle Tom’s Cabin or what have you. In this case, however, the principals have nothing in common in terms of literature.If you can suffer crude yet convenient distinctions for a moment, on one hand we have what’s known as the ‘Lachrymose Version’ of Jewish history, or LV for short. On the other we have what we’ll call the ‘Slightly Less Lachrymose Version’ (SLLV).

Regarding the LV, we all know the story. By virtue of being God’s chosen people, the Jews have always been history’s protagonists and have almost always been oppressed by the gentile. All hostility towards Jews can only be construed as irrational or evil. The end. Paul Johnson’s History of the Jews offers a pretty sterling example of this kind of historiography. But for my money, the best example of Jewish-history-seen-through-a-sheet-of-tears can be found in Robert Wistrich’s Antisemitism: The Longest Hatred (endorsed on the back by none other than Abraham Foxman!). Here’s ol’ Bob going off on the great bête noir of the Jews during the nineteenth century, the Russians. I apologize for the length, but it’s worth it, if only for its shameless Russia-hate (emphasis, mine):

There was no other state on the European continent which ofﬁcially pursued such repressive anti-Jewish policies in the nineteenth century as the Tsarist Russian Empire. For as long as they could, the Russian Tsars had sought to keep Jews out of the lands which they ruled, but the partitions of Poland at the end of the eighteenth century brought nearly half a million Jews under their sway….Most of them were conﬁned by law to the ‘Pale of Settlement’ (a territory of approximately a million square kilometres which stretched from the Baltic to the Black Sea), where they lived in poverty and deprivation and were subjected to endless, humiliating decrees purportedly designed to ‘protect’ the local population from the spectre of ‘economic exploitation’.

Russian antisemitism was in its origins a combination of simple primitive hatred for the Jews as ‘aliens’ and of Christian orthodox religious prejudice which regarded the Jewish people as deicides. Such prejudice remained alive and virulent both at the state level (Tsarist absolutism derived its legitimacy from a Byzantine Caesaropapist version of Christianity) and among the millions of superstitious and illiterate Russian peasants. The Orthodox Christian idea was in many ways the spiritus movens of Tsardom, one of the most important criteria of Russianness and the most basic part of the nation’s spiritual essence. PoIish Catholics, Baltic Lutherans and even more the Jews, with their ancient loyalties, distinct customs, religion and languages, stood outside the fold. Moreover, very few Jews chose to convert, and even then the distinction between converts and ’real’ Christians was generally maintained. By the end of the nineteenth century, however, the older, more traditional Judeophobia was becoming transformed into a set of distinctly modern myths which viewed the Jews as engaged in an international conspiracy to subvert the very foundations of Holy Russia.

The Tsarist regime, by constantly imposing economic disabilities on the Jews and driving them into insecure middleman occupations which involved direct, often unpleasant contact with the poorer peasants, itself contributed to the exacerbation of popular Judeophobia. When pogroms occurred in 1881 in about 160 cities and villages of Russia, the government did not intervene to stop the murder and pillage. Instead, a year later, it enacted further anti-Jewish economic legislation (the notorious May Laws)….Despite this acute disappointment, many young Jews continued to join the Russian revolutionary movement in the hope that it would succeed in overthrowing the backward, oppressive Tsarist regime and lead to a Western-style parliamentary social democracy. The involvement of Jews in Russian radicalism gave a convenient pretext to conservative antisemites within the government like Konstantin Pobedonostsev (Director of the Holy Synod) and the Minister of the Interior Count von Pleve to divert popular discontent away from the regime and against Jewry by means of pogroms.

The entire chapter goes on like this, and Wistrich has nary a good word to say about the Russians or Christianity or the Tsar. Moral of the LV (if it weren’t already unsubtle enough for you): Jews good, Russians bad.

If you subscribe to the LV, as most educated white people do, then Cole’s suspicion of Nehlen makes sense. The poor Jews have been wandering victims for thousands of years now. In country after country they have served as cultural punching bags, if you will. They just can’t ever get a break, can they? And now, after what they went through during the Holocaust, they finally establish themselves in the West, here comes that mean Paul Nehlen who wants to pee in their corn flakes.

It’s a moving tale, but it’s deceitful. It presents only one side of the story and then acts like the other side doesn’t even exist.

Now, for the SLLV, you could do a heck of a lot worse than Kevin MacDonald’s Culture of Critique [4] (which Nehlen tweeted [5] that he was reading back in December) as well as the myriad of essays found at The Occidental Observer and at Counter-Currents. And remember, this is not crude, ugly Jew-hate. The vast majority of this literature is scholarly, well-researched and every bit as critical of Jews as Jews have been towards white people. Central to these works are the notions that liberal diaspora Jews are not as innocent as they pretend to be, that they harbor deep hostility towards whites, and that they have racial and ethnic interests which they often pursue ruthlessly. But for the most striking counterpoint to Wistrich’s presentation of the LV we must turn to Aleksandr Solzhenitsyn’s still-not-officially-translated-into-English 200 Years Together. After reading the following passage, you will realize that either Solzhenitsyn is telling the truth or Wistrich is. And there is precious little room for overlap.

The pre-revolutionary Encyclopedia recognizes, that “the government considered it necessary to decisively put down violent attempts against the Jews”; so it was the new Minister of Interior Affairs, Count N.P. Ignatiev, (who replaced Loris-Melikov in May, 1881) who firmly suppressed the pogroms; although it was not easy to cope with rising disturbances of epidemic strength – in view of the complete unexpectedness of events, the extremely small number of Russian police at that time (Russia’s police force was then incomparably smaller than the police forces in the West European states, much less than those in the Soviet Union) and the rare stationing of military garrisons in those areas. Firearms were used for defense of the Jews against pogromists. There was firing in the crowd, and people were shot dead. For example, in Borisov soldiers shot and killed several peasants. Also, in Nezhin troops stopped a pogrom by opening fire at the crowd of peasant pogromists; several people were killed and wounded. In Kiev 1,400 people were arrested. [From Chapter Five, regarding the 1881 pogroms]

So which is it? Either the Russian government sat back and enjoyed the Jew-bashing while noshing on popcorn or they used lethal force against their own people in order to protect the Jews. Somebody here is lying. And I will tip my hand here and reveal that I think it is Wistrich. Call it bias, but I stand with the author of The Gulag Archipelago, for my money the Thucydides of our time.

Anyway, it’s beyond the present scope to recount all the ways Aleksandr Solzhenitsyn contradicts the LV. (Believe me, it’s astounding, and will hopefully be the topic of another essay). For our present purposes, however, we can say that Paul Nehlen’s online behavior vis-à-vis Jews makes a lot more sense once you read people like Solzhenitsyn and MacDonald and others. In essence, Paul Nehlen fights the culture wars with the same weapons the Jews use. There are memes aplenty showing how Jewish people call out whites just as offensively as respected historian Robert Wistrich called out Russians. So then why does David Cole cry foul when Paul Nehlen responds in kind?

My final point will address Points 4 and 5 from Round 1, that is, David Cole’s take on the Jewish Question. He doesn’t do it any justice, frankly. For him, the JQ is a worldview and “a way of interpreting events in an easy and comprehensive way: The Jews are behind everything! The JQ helps the simple and the frightened see order in the universe.” While Cole concedes that many of the negative stereotypes of Jews have truth to them, he asserts that

…to a JQ believer, the above examples are tentacles working in tandem. In other words, Jews are not individuals who are capable of good (like curing diseases and such) and bad. Rather, world Jewry is a monolithic, malevolent force. Any good done by individual Jews is isolated, while the bad is in the service of a group agenda.

Fair enough. You can turn any worldview into a ridiculous conspiracy theory if you’re paranoid enough. And if you want to discredit a particular worldview, by all means, depict it through the lens of its looniest advocates. That’s what Cole does here and he’s wrong to do so. The following thought experiment will illustrate why. What if we replace the letters “JQ” in Cole’s above statements with “LV”, and “Jews” with “Russians”? What do we get? We get Robert Wistrich and people like him. Either these people believe the racist slander they heap onto gentiles or they don’t and do it anyway to support a racist, anti-gentile agenda. And the difference here is that paranoid “JQ believers” who believe that Jews are the root of all evil are relegated to internet chat rooms and are harassed into anonymity by the ADL, the SPLC and other organs of Jewish oppression, while paranoid LV believers like the late Robert S. Wistrich held chairs at modern universities and are presented as respectable scholars.

If David Cole or anyone else wishes to take on the JQ, they should start by recognizing that the LV is the opposite side of the same coin. We cannot talk about one without the other. Secondly, they need to read 200 Years Together and The Culture of Critique for starters and then refute them. In the interest of Truth, we should accept nothing less.

David, boychik…I like you. I read you. But this is a gauntlet, and I’m throwing it down. In the meantime, please go a little easier on righteous gentiles like Paul Nehlen. Remember that these days the Jewish majority in Israel is not being threatened while the white majorities in white nations are. These days the enemies of Israel are not in the position to strip racial identity from Jews, but the enemies of white people most certainly are in the position to strip racial identity from whites. And, sadly, many of the most powerful of these enemies are liberal, diaspora Jews. Whites cannot afford to come in second in a struggle with these people. So the next time Paul Nehlen gives Jews a hard time, please remember the words of the great Jewish comedian Jerry Seinfeld [6] and ask, “Can you blame him?”

Spencer J. Quinn is a contributor to Counter-Currents and the author of the novel White Like You [7].