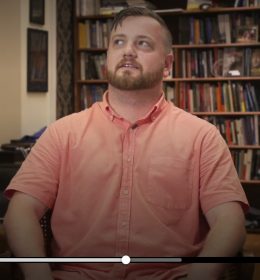 Eli Mosley, caught in the act

Recently, the New York Times claimed to have exposed the exaggerations of military valor of Eli Mosley, an Alt-Right “leader.”[1] [2] Before proceeding further, this author must question exactly how a living military veteran’s record was acquired by a newspaper. According to the website of the National Archives, “Authorized Third Party Requesters, e.g., lawyers, doctors, historians, etc., may submit requests for information from individual records with the veteran’s, or next-of-kin’s, signed and dated authorization. They should state who they are in relation to the individual and the purpose of the request. All authorizations should specify exactly what the veteran (or next-of-kin) is allowing to be released to a third party.”[2] [3]

In light of the above, the New York Times may be lying entirely, may have unethically acquired the record, or Mosley could have foolishly authorized its release thinking his exaggerations were unable to be discovered. However, the truth or falsehood of the Eli Mosley’s military accomplishments, as well as the NYT’s claims is not relevant to this article. The purpose of this article is to point out the risks and rewards of using one’s military service to advance one’s political interests.

To state the bottom line up front, all military careers are swiftboatable in a political sense.

This verb, “to switboat” refers to (then) President George W. Bush calling into question the patriotism and valor of (then) Senator John F. Kerry during the Vietnam War in the 2004 campaign. President Bush’s family connections got him a coveted pilot’s spot in the Texas National Guard where he safely sat out the Vietnam War. Senator Kerry had actually served in Nam on US Navy Swiftboats and while there saw action. In other words, the draft dodger called a real combat vet a coward, and it stuck.

The problem with using military service to advance one’s political career is that unless one becomes the commanding general of a conquering army that leaves the enemy broken and prostrate, there is always something possible to criticize. Success in the military ultimately comes to how a individual defines it, but in politics, one’s rivals can always say so-and-so didn’t make Sergeant, didn’t pass Ranger School, broke his leg on a peacetime jump, got caught by the North Vietnamese, only ran messages etc.

Past Examples of Swiftboating

Swiftboating has been around for quite some time. The Greeks[3] [4] and Romans[4] [5] swiftboated each other a great deal. In the American context, the Blackhawk War, fought in Illinois, Wisconsin, and Iowa in 1832 has a great many instances of swiftboating. The reason for this is that participants in that conflict included a great many sons of famous politicians as well as future famous politicians and those men did what politicians do. A partial list of participants include future Illinois Governor Thomas Ford, future Wisconsin governor Henry Dodge, the son of Alexander Hamilton, William, Daniel Boone’s son Nathan, future US Presidents Zachary Taylor and Abraham Lincoln, and future Confederate States President Jefferson Davis.

Governor Ford writes of an instance of swiftboating in his 1854 book A History of Illinois from its Commencement as a State in 1818 to 1847. He describes how an Army doctor named Addison Philleo promoted Henry Dodge’s accomplishments in the papers, thus downplaying the accomplishments of General Henry,[5] [6] the actual commander.[6] [7] Dr. Philleo also scalped a dead Indian he came across to prove his “valor.”[7] [8] (Notice here, the use of scare quotes to swiftboat Dr. Philleo.)

In the military, there are two different types of jobs. The first is a military job that is science. A Navigator, Artillery Fire Direction Specialist, and the Mid-air Refueler, are jobs that are science. The job is one of looking at the data and making the correct decision. One’s aircraft is over Tokyo or not. The target is in range of the battery’s guns or not. There is gas available or not.

The other type of job is that of art. The Public Affairs Officer, the Air Campaign Planner, and the Special Forces Trainer have a wide variety of ways to accomplish their mission and the mission is accomplished with a varying degree of perceived success. The navigators, pilots, and bombers involved in the Iraq War “Shock and Awe Campaign” carried out their science well. The strategic planners involved in the art of the “Shock and Awe Campaign” took down the Iraqi government, but didn’t end Iraqi resistance. The art involved in “Shock and Awe,” didn’t work out.

In other words, politically being a pilot navigating through belts of anti-aircraft fire is more difficult to politically criticize than being a plans officer in the Air Operations Center managing the campaign.

Be Humble About Your Service

Other politicians have used leaks and metapolitical cultural works to use their combat experience to their political benefit, but that still doesn’t always work. President Kennedy got the movie PT 109 out in 1963 in preparation for the 1964 election, but since Kennedy was killed that year it is uncertain if this movie would have helped. How again did PT 109 sink? The film is vague on that point. President George H.W. Bush made sure that his war record was mentioned in the press, but he didn’t boast himself. He still lost the 1992 election – to a draft dodger.

In fact, a good example of a successful military career is that of Elvis Presley. Presley only got a single medal: The Good Conduct Medal. He served for two years and didn’t see combat. However, he was on the Cold War front lines and participated in serious and difficult training. In only two years he did make sergeant during his enlistment, which is a considerable accomplishment. One historian said it best, “He served honorably and faithfully: he mastered his military duties, he was liked by his comrades and respected by his superiors, and in all ways proved an outstanding representative of the service. Had the Soviet-American war that most of his peers viewed as inevitable occurred, there is little doubt that he, along with hundreds of thousands of others then wearing army green would have died. But like others of his generation who had grown up around combat veterans, he dismissed any suggestion he was a hero for wearing a uniform.”[15] [16]

If humbly applied, this sort of service can work politically.