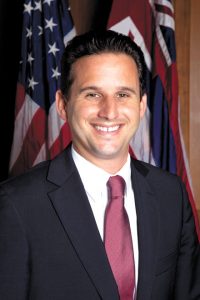 I was both annoyed and alarmed when I saw this brief Steve Sailer piece [2] at the Unz Review. Basically Senator Brian Schatz of Hawaii triggered himself when Attorney General Jeff Sessions gave a speech at a recent sheriff’s convention. In the speech, Sessions said the following:

Since our founding, the independently elected sheriff has been the people’s protector, who keeps law enforcement close to and accountable to people through the elected process. The office of sheriff is a critical part of the Anglo-American heritage of law enforcement.

This is both truthful and reasonable. Yet Senator Schatz, who is Jewish, had a cow over it [3], tweeting:

Do you know anyone who says “Anglo-American heritage” in a sentence? What could possibly be the purpose of saying that other than to pit Americans against each other? For the chief law enforcement officer to use a dog whistle like that is appalling. Best NO vote I ever cast.

The double standard here is obvious and much discussed on the Dissident Right [4]. ‘Ethnocentrism for me and not for thee.’ It’s even gone past the Dissident Right [5] and into the mainstream. What’s slightly less obvious (for normies at least) is the insidious anti-white racism of Schatz and people like him. These people are not merely pro-Jewish. They really do stand opposed to white people as folk. Of course, they don’t mind what I call White Submissivists [6], that is whites who have allowed themselves to be warped into renouncing their own heritage, their own people, and their own race. Such people will actively advocate against their own racial interests, usually in favor of the interests of powerful minorities (in the case of America, blacks and Jews). These are the goodwhites, the non-threatening milquetoasts who promise to go off into that good night without even a whimper. So moral of them! So brave!

But what if a white person identifies with whites as folk? Such a person would be proud of his white heritage, confident in white capability, comfortable with white modes of morality, optimistic about the future of the white race, and very protective of the line which distinguishes whites from non-whites. Such a person wants to make the most out of life and, more importantly, will give nothing to people who wish to take this away from them. People like this clearly unsettle the Brian Schatzes of the world because, if you think about it, there can only be one dominant culture in a nation. Liberal Diaspora Jews (hereafter LDJs) with the will to power have done everything they could in the past one-and-a-quarter centuries to make the dominant American culture as Jew-friendly as possible. On one hand, I cannot blame them for this, given that acquiring security for oneself and one’s family and tribe is both natural and rational. On the other hand, making a nation good for Jews is often tantamount to making it bad for the non-Jews who are at least nominally in charge. In the case of America, this means whites.

I don’t think that Attorney General Sessions was deliberately asserting any kind of racial imperative when giving his speech. He was simply reiterating indisputable facts which happen to give due credit to Anglo-Americans. But this very assertion, as innocent as it was, offends Senator Schatz because he sees it as a threat to the philo-Semitic dominant culture of America. Anything that promotes Jewish rivals while excluding the Jews themselves will trigger such a hysterical reaction from LDJs like Schatz. If enough American whites were to venerate the Founding Fathers like they once did, then LDJ control over the dominant culture becomes much shakier. And this is not because the Founding Fathers or the original Anglo-Saxon, Scots-Irish stock of America were particularly anti-Semitic. It is because they were implicitly and explicitly pro-white. They were white as folk so to speak and completely unapologetic about establishing cultural predominance in the nation which they, through their blood, genius, and sacrifice, created. This meant limiting immigration to ‘free white persons of good character,’ according to the 1790 Naturalization Act. This also meant granting certain rights to whites and not to non-whites.

Of course, this is not necessarily a bad thing. Israeli Jews do not afford equal rights to Israeli Arabs, yet the Israeli Arabs still choose to live in Israel. During the segregation era, American blacks could have repatriated back to Africa, but most chose not to. Just because a minority group lacks the political rights of the majority does not mean that minority is slated for genocide. Throughout history, Jews themselves lived through some prosperous periods in Europe and the Muslim world.

The problem here is that most LDJs do not trust American whites to govern responsibly as a privileged majority. When whites do not follow the submissivist model, LDJs will draw a circle around them and consider them closet Nazis because of their race. Then they will banish them from mainstream society [7]. Because LDJs don’t react as harshly to similar behavior from non-whites (would Senator Schatz dare impugn a black bragging about his ‘African American’ heritage?), one can conclude that this amounts to anti-white racism, that is, condemning whites qua whites. It doesn’t matter that throughout this nation’s history whites on the whole have behaved responsibly [8] as a privileged majority. It doesn’t matter that American whites fought against the enemies of the Jews during World War II when the Jews needed it most. No no, what matters most in the eyes of LDJs is that white people need to be either reformed to their liking or condemned. The way they come naturally into this world will not do.

(Yes, there are radical anti-Semitic whites out there. On Gab there’s a whole community of them tripping over themselves to say bad things about Jews. But for white people, this is currently not even close to the norm. Yet racism against whites apparently is the norm among LDJs, given that Brian Schatz is a sitting senator and supposedly a pillar of success in his community. This disparity must always be kept in mind when comparing white and Jewish racism.)

Still, the anti-white attitude from LDJs wouldn’t be so bad in a nation with a permanent ninety percent white majority and a two percent Jewish minority. With such numbers lodged against them, Jewish politicians, leaders, and celebrities wouldn’t dare spout such bigotry out of fear of losing votes or business or popularity. They might have the same attitude but would be more circumspect in how they express it, if they chose to do so at all. At the same time, they would still get a lot of mileage out of anti-Semitism or white supremacy charges. After all, when whites are culturally predominant, then they have the potential to do great harm to minorities. In such an instance whites, being secure enough in their dominance, could afford to ignore such claims as well.

But we don’t live in this kind of world anymore. By expressing public hostility towards legitimate expressions of racial pride among whites (and paying no political price for it), Senator Schatz is working from a forty-year-old playbook. The white majority is shrinking daily, and whites are having less and less control over cultural matters in this country. In the next twenty or thirty years, whites may no longer be the Jews’ main cultural rivals, having relinquished that distinction to the Chinese and other high-performing ethnocentric East Asians. As a result, such anti-white hostility from elected politicians these days carries more weight than it used to. It hurts more and is more dangerous, given that whites today are losing civil rights [9] they once took for granted. Anti-white hostility will also provoke a stronger reaction than in the past.

This reaction is going to be anti-Semitic in nature, and quite viciously so, I’m afraid. In order to survive in the multiracial mess America has become, whites will have to start drawing the same circle around Jews that anti-white LDJs like Brian Schatz draw around white people. No longer will Jews doing bad things be considered isolated events. Bernie Madoff, Harvey Weinstein, George Soros will no longer be considered atypical individuals but rather as very typical Jews. Whites will have to judge Jews qua Jews in the same negative light in which Jews judge whites. There will be no other option given that the one group of people who wish whites the most ill are and have always been LDJs. And unlike in the past, whites are now in a frighteningly vulnerable position. This battle must be fought and won if whites ever wish to survive in the West, let alone regain their rightful supremacy in America.

I do not want any of this. I don’t wish to harm anyone and I don’t wish anyone to be harmed. In a land of unicorns and pixy dust, I would love it if Jews and whites could cohabit a nation in which the Jews could maintain their distinctiveness yet work to help protect the white majority and not subvert white racial interests. That way we get the polio vaccine and the airplane with fewer drawbacks and less tension. But this scenario runs counter to Truth. LDJs as a group have a weakness for radical left wing politics and a strong will to power. Combine these with their natural genius and energy and you have serious problems for any nation harboring large numbers of Jews not named Israel.

Again, contemplating the Jewish Question leads to ethnonationalism. Is there any other answer not involving rivers of bloodshed?

I believe that in order for a marriage to work, the spouses have to love each other. Just as importantly however, they have to like each other. A marriage that lacks either of these will probably fail. By espousing human rights like most of us do, we are expressing our love for humanity. Every person, no matter what race they belong to, is entitled to certain inalienable rights. So the love might be there between whites and Jews. But what about the like? Do Jews in general like white people? Maybe, maybe not. But LDJs certainly don’t. Not if you consider what Senator Brian Schatz has to say about white people. Not if you consider the double standard [10] that LDJs hold against whites when it comes to ethnocentrism. Not if you look at how anti-white organizations like the SPLC [11] and the ADL [12] behave. The list goes on, believe me. Both the Occidental Observer [13] and Counter-Currents [14] have written it all down. And more and more whites will reciprocate this dislike as their majorities continue to dwindle and their political power dissipates. They will be looking around for something to blame. And, innocent or guilty, who makes more convenient scapegoats than Jews? At some point, this state of affair will reach a tipping point. What then?

Well, not having a crystal ball, I cannot say exactly what then. But I will say that whenever we do reach that tipping point, decades into the future, things will get violent and bloody and will cause Senator Schatz to regret saying anti-white things on Twitter. And you know what? I will regret it too.

Spencer J. Quinn is a contributor to Counter-Currents and the author of the novel White Like You [15].