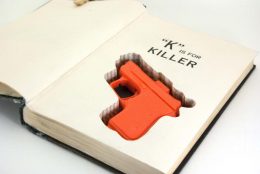 Alas, most people in our cause are in no danger of burning themselves out. This advice applies only to the few who are.

People with a strong desire to create often regard recreation as a luxury rather than as a necessity, as a waste of their time. But this is a fundamental mistake. If you feel driven to create, you must do everything necessary to create, and that includes downtime for recreation.

There are four kinds of recreation that we should try to build into our routines.

First, during work sessions, I take occasional breaks. If I feel blocked, if my concentration and energy are flagging, or if I am starting to feel stiff or fidgety, I get up and do something else, even if it is nothing more than to pace a bit, peer out the window, change a CD, or get a cup of tea. Sometimes it takes only a few minutes to come back to my desk feeling refreshed.

Second, it is important to take breaks between work sessions. Usually, I will check my email and social media, which often draw me right back into work, but not necessarily. There is nothing wrong with distracting yourself from time to time, but you should never let anyone distract you. The best break, though, has been going to the gym three times a week for an hour in the afternoon. It produces a complete mental and physical reset, almost like waking up from a good night’s sleep, and the effects spill over into the following days.

Third, at a certain time, you simply have to declare the workday over and do something else. Otherwise, work will completely colonize your life, which can prevent you from getting proper rest, which will disrupt your productivity in the long run. Again, if you feel compelled to work, you are also compelled to rest, so you don’t burn out the machine.

If you just can’t bear the thought to wasting time on recreation, remember that if you are passionately engaged with your work, it never really leaves your mind. If you focus on something else, you are simply shifting work to your subconscious mind. If you want to take your mind completely off work, you have to take several days off, which bring us to the next topic.

Fourth, take a vacation every ten years or so. By a vacation I mean: stopping work for at least a week. Business travel does not count as a vacation. In January of 2017, after a death in the family, I was feeling really burnt out. I realized that I had not taken a real vacation in nearly 20 years, so I tried to stop working for a month and had John Morgan take over the webzine. At first, I lasted for about a day, but kept trying until I was actually doing things only for fun for days at a time. It was still a very stressful time, because of the doxing directed at my friends in TRS. I still ended up doing some work, but mostly because I felt that I didn’t have to. The only exception was my piece in support of Mike Enoch [3]. But for all that, when I returned to work, I did so with renewed joy and energy.

Mason Curry’s Daily Rituals does not just detail the work habits of creative people, it also talks about the drugs they used to aid the creative process. The most common drugs are caffeine, nicotine, and alcohol, but Curry also mentions a number of writers who took amphetamines — Auden, Ayn Rand, Sartre, and Graham Greene — often combined with downers to get to sleep at night.

The most productive writers, however, are disciplined even in their use of drugs, using fixed amounts at fixed times. Drug and alcohol abuse are simply not consistent with long-term productivity, and creative people who resort to them generally burn out. Philip K. Dick, for instance, literally drove himself psychotic with amphetamine abuse and died of a stroke at the age of 53. Rand only ended up publishing four novels in her lifetime. She burnt herself out with Atlas Shrugged and spent the last 25 years of her life writing essays. Speed also warps one’s judgment, which may not be apparent in works of fiction, but it could not help but affect Rand’s and Sartre’s philosophical output.

Nicotine definitely helps with mental focus, which is why so many creative people smoke. But it is highly addictive and unhealthy. If you must have nicotine, chew nicotine gum or buy a mouth fedora, better known as a vape device. Smoking is not only disgusting, it is deadly.

I do not recommend nicotine, alcohol, or prescription uppers and downers, all of which have long-term negative health effects. Coffee is my drug of choice, although I also find green tea to aid concentration. Killjoys have been trying for decades to prove that coffee — and caffeine wherever you find it — are bad for you, but without success.

The best aids to concentration, however, are adaptogenic herbs like ginseng and eleuthero, which simultaneously promote concentration, clarity, and relaxation. Eleuthero is especially useful when I am doing proofreading, indexing, or accounting. I find rhodiola to be highly stimulating. If I have a long day of work ahead of me — especially if I am running a conference — and I need to stay sharp but also relaxed and open to contingencies, nothing beats it.

But my favorite adaptogen of all is tulsi, also called holy basil, which for me produces the best balance between mental focus and relaxation. When I first tried tulsi, I noticed immediately that I saw the humor in things more — and laughter, as Anthony Ludovici argued quite compellingly [4], is our celebration of feelings of superior adaptation. After a few days, I even found myself singing in the shower. But this should come as no surprise, since tulsi comes from India, and as Bollywood shows, people there are constantly bursting into song.

Both recreation and drug use fall under the general heading of pacing, and pacing basically is a form of saving yourself. But we always need to ask ourselves: What are we saving ourselves for? Obviously, we are not going to live forever. Do we want to die with all of our powers intact? Everything you save, you lose in the end. Our success in life is not measured by what we take with us, but by what we leave behind. We want to leave a better world, and we will save the world by spending ourselves, not by saving ourselves [5]. So the guiding concern behind all questions of pacing needs to be: How can I spend myself most effectively to save the world?

Thus I am willing to cut smokers some slack if they accept that they are shortening their lives in order to increase their productivity. But I wish they would find a less disgusting and damaging crutch.

We are trying to change people’s minds with the written word. In the end, the only thing that really matters is whether our positions are true. But there’s more to persuasion than just truth. You can state the truth in persuasive and unpersuasive ways. The study of persuasion is rhetoric, which is a vast field, from which I want to pick just one topic.

Impressive people are persuasive people. And the less you try to impress others, the more impressive you actually are. Bad writers are obviously trying to impress, and the most common tells are using big words where small words will do, and using euphemisms and circumlocutions when talking about ugly things.

The best way to avoid this kind of writing is to read Paul Fussell’s “‘Speak, That I May See Thee’” in his book Class. In Fussell’s terms, bad writing is middle class, because middle-class people are always insecure about their status and trying to impress others by showing off their big words. They speak of “cocktails,” not “drinks.” “Formal wear,” not “suits.” They write like advertisements [6], because advertising is masterful at exploiting the insecurity of middle-class people to separate them from their money. Middle-class people are also afraid to declass themselves by speaking plainly of ugly things. They don’t use the “toilet,” they use the “restroom” — where, presumably, they are merely taking a rest.

According to Fussell, plain speech is found among both the upper class and the proles, because both groups aren’t really trying to impress. So write with the freedom of spirit and self-assurance of an aristocrat or a prole. As a rule, though, it is better to err on the side of an aristocratic idiom, not because we want people to think that we are “high class,” but because it is more articulate and less given to profanity. Beyond that, we are trying to change the minds of middle-class people, and whether they are aware of it or not, they find articulateness combined with unapologetic bluntness more persuasive than swearing like gangsters and sailors, although that sometimes has its place.

8. Speak Only the Truth.

There is no point in writing anything that is not true. (This even applies to fiction.) Speaking the truth is not only a virtue, it gives one personal and political advantages over the long run.

You may be smart, but there are always going to be people smarter than you. Still, I have noticed that people who are smarter than me often use a great deal of that extra wattage to lie to themselves and rationalize bad character and bad decisions. Therefore, when competing with such people, I try to compensate for my intellectual disadvantage by being more honest with myself and others. Society imposes many short-term penalties for honesty, especially about taboo topics, but in the long run, you gain both personal credibility and competitive advantages by sticking to the truth while your enemies handicap themselves with lies and delusions.

Right now, White Nationalists have almost no money or institutional power. But we have the truth on our side, and the credibility that comes from fearlessly speaking unpopular truths. Our enemies, by contrast, have enormous wealth and power, but their worldview is based on lies, and their credibility is steadily sinking. They have never been more degenerate, corrupt, and ridiculous either. (Unfortunately, our movement has a lot of room for improvement [7] in that area as well.)

This is why metapolitics is much more important than street activism at this time. It is the height of folly to attack the enemy where they are strongest and we are weakest. Instead, we need to attack where they are weakest and we are strongest: on the plane of ideas and values. Objective reality is the greatest ally we will ever have, and speaking the truth is our greatest source of credibility. This is why we should never tell lies or stoop to puffery and spin. Speaking the truth fearlessly is, ultimately, the only source of credibility we have, and people who depreciate that social capital [8] need to be called out and shunned.

I believe that we will win because the whole universe of facts is on our side, whereas the social forces arrayed against us have undeniable power, but they are founded on lies, and once the lies that sustain them dissolve, they will crumble when we give them a good kick. The more of us who speak the truth plainly, the sooner that day will come.