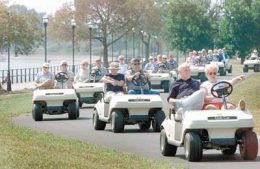 [1]This is a fundraising pitch with an article sandwiched in the middle. We are kicking off our 2018 Fundraiser a little early this year. Every March I do our corporate accounting and tax filings, and last year, for the first time since 2010 — the year we were founded — Counter-Currents lost money.

It wasn’t a complete disaster. Counter-Currents still managed to employ John Morgan and Michael Polignano, but leaders eat last, and I was forced to spend down my personal capital to stay afloat. But I was raised to think it shameful to spend down one’s capital; it can’t be sustained forever; and I need to keep something in reserve for my retirement.

What happened? The answer is simple: Charlottesville, then PayPal deplatformed us, and we lost our monthly donors. Many donors did not miss a beat. They went straight to our Donate [2] page and signed up for monthly pledges with their credit cards. Others signed up at Hatreon, which is now defunct. But many never returned. Some were wedded to PayPal. Others took it as an opportunity to re-evaluate their spending. Others were swept up in the widespread post-Charlottesville disappearances. Whatever their reasons, we lost a significant number of supporters, and that put us in the red.

Counter-Currents, like most journals of dissident ideas, is dependent upon donations. The main focus of our effort is our webzine, which reaches a vastly larger audience than our books, which basically break even. What keeps the webzine afloat and reaching more than 150,000 unique visitors a month are your donations.

More than a million unique visitors read Counter-Currents in 2017, but fewer than 400 of them made donations to keep it going. The rest were free riders. Were you one of them, dear reader?

In 2018, I am taking steps to dramatically cut my living expenses — basically, I am going to kill my inner bourgeois and go back to living like a graduate student — as well as increase productivity, so that Counter-Currents is back in the black.

But I need your help too. You can make a single donations or schedule monthly pledges. All support is greatly appreciated. But monthly donations are especially helpful. So if you were a monthly donor, or you would like to become one, please visit our Donate [2] page and renew your support. You can also become a patron at Maker Support:

I don’t like anti-Boomer memes. We need to convert as many of our people as possible, not write off vast swathes of the white population. And pitting one generation against another strikes me as a Jewish tactic of culture warfare, as we saw when the Boomers were incited to revolt against their parents’ generation.

But there is an argument that Boomers use against us that we can turn to our advantage.

The post-war Baby Boom generation encompasses everyone born in America between 1946 and 1964. The oldest boomers are turning 72 this year. The youngest are turning 54.

Whites are projected to become a numerical minority in America around 2050, give or take a few years. In 2050, the oldest Boomers will be 104; the youngest will be 86. Which means that most of them will be dead by the time we become a minority. So many Boomers think that white demographic decline is simply not their problem.

Of course this is a terrible argument for not doing something to prevent an oncoming catastrophe — and the fate of whites in South Africa is a foretaste of what our people can expect when they become a hated minority in this country. The world does not end when we die. We have obligations to future generations — such as not visiting hell-on-earth upon them.

“I’ll be dead then, so it is not my problem” is a completely egocentric, self-indulgent, and irresponsible outlook — but it is the dominant ethos of our culture today — at least when white interests are discussed. Very different standards come into play when we consider the interests of non-whites, the extinction of animal species, and long-term environmental trends. Suddenly, the long view and expansive duties to others, even future generations, become the norm.

The Boomers are the first generation to make widespread use of abortion and birth control, killing or simply refusing to conceive the next generation merely to maximize their pleasure in the present day. But later generations are not ones to talk. Our whole culture is afflicted with selfish hedonism that is aborting the future of our race. It is hard to ask such people to care about future generations.

In the case of the Boomers, however, this selfishness can work in our favor. Boomers don’t fear white demographic decline, because it will happen after they are dead. But by the same token, Boomers should not fear White Nationalism either, for the creation of a white ethnostate will only happen after their deaths as well. As outlined in my essay “The Slow Cleanse [4],” the process of creating a white ethnostate in an orderly and humane fashion would take decades.

As I envision it, White Nationalism would be established in three phases. First, if White Nationalists came to power tomorrow, we could immediately restore the idea of America as a normatively white [5] society. That would simply be a matter of will. Second, we could change our immigration/emigration policies to aim at gradually restoring the ethnic status quo of 1965 by 2065. We would also remove all forms of forced racial integration. This would yield a 90%-White Nationalism nation-wide, and de facto White Nationalism for any white person who wanted it. Third, in 2065, we could then begin to establish racially homogeneous ethnostates.

But in 2065, the youngest Boomers will be turning 101. So Boomers have nothing to fear from White Nationalism. They will never live to see it. It isn’t their problem.

But even if Boomers will all be dead by the time we create Whitopia [6], wouldn’t it be reasonable for them to fear present-day manifestations of White Nationalism, people like Dylann Roof and James Fields? Honestly, no. Boomers don’t fear or oppose present-day manifestations of white demographic decline — including enormous increases in crimes committed by non-whites — as long as they don’t affect them personally. So as long as we can convince Boomers that the Dylann Roofs and James Fields of the world are other people’s problems, not theirs, they won’t be worried. Boomers are far more likely to be killed by Muslim terrorists than White Nationalists [7], and if Boomers don’t care about the greater problem, why would they care about a lesser one? Of course if I had my way, there would be no more spree killers or Unite the Rights. But as far as Boomers are concerned, as long as bodies don’t show up on the golf course, they won’t be troubled.

So our message to the Boomers is: Go ahead and spend your kids’ inheritances. You’ll never live to see the grim, burrito-free dystopia we are creating, where alienation is replaced with kinship and community; where you can read the signs, understand the words, and trust the intentions of the people around you; where, after long lives of mowing their own damn lawns, old people will die surrounded by generations of their posterity, rather than in nursing homes surrounded by thieving and abusive brown people. If white demographic decline is not your problem, because you’ll be dead before things become unbearable, then neither is the inevitable reaction, which is White Nationalism [8].

There are two ways you can support Counter-Currents:

Recurring donations are particularly helpful, since they allow us better to predict and plan for the future. Please use the secure online form below.

You can also become a monthly donor through Maker Support.

Just go to our Maker Support page and become a patron: https://www.makersupport.com/gregjohnson [3]

You may also send check, money order, or credit card payment by mail. Just print out our donation form in Word [10] or PDF [11]. Our address is:

Remember: those who fight for the Golden Age live in it today. Thank you for your support.