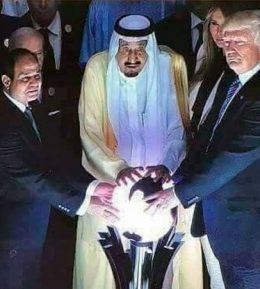 Since, against all justice, probability – and even common sense – the infamous neocons seem to have taken power once again (as witness the return of John Bolton, and the quickly following bombing campaign in Syria), it may be well to consider once again how out of touch, how foreign, how downright alien, the neocon is, vis-à-vis our native European traditions.

Here is a classic statement of the neocon worldview:

That’s not the way the world really works anymore. We’re an empire now, and when we act, we create our own reality. And while you’re studying that reality – judiciously, as you will – we’ll act again, creating other new realities, which you can study too, and that’s how things will sort out. We’re history’s actors . . . and you, all of you, will be left to just study what we do.[1] [2]

There are a number of things one might say about such a worldview – hubris, for one, with its anticipated partner, nemesis; but perhaps most profoundly, it is non-Aryan; in fact, it sets itself in opposition to what we have identified as the core teaching of the Western tradition, the Hermetic tradition, and the Neoplatonic tradition, even that of Christianity and the (original, non-rabbinic) Old Testament: imagination creates reality.

When we act, we create our own reality
We’ll act again, creating other new realities

Note that it is not the distinction of act/imagination, but rather the privileging of action over contemplation that is at stake here. The “proletarianization” of culture began perhaps with Marx – who proudly boasted of “setting Hegel upright” – and represents a rejection of the contemplative tradition going back to Plato (and perhaps beyond, to the Orphics).[2] [3]

Karl Marx or Karl Rove? After all, the neocons are, ultimately, simply the diaspora of the Soviet Trotskyites, parasitically burrowing into first the Democrats, and more recently, the Republicans.

Trotsky? Marx? It should come as no surprise that a very similar vernacular arose from Israel: “facts on the ground.” Wikipedia says [4]:

It was popularised in the 1970s in discussions of the Israeli–Palestinian conflict [5] to refer to Israeli settlements [6] built in the occupied [7] West Bank [8], which were intended to establish permanent Israeli footholds in Palestinian territory.

One reason Israel continues to build settlements is that, according to the so-called Clinton parameters [9] laid down in 2000, a final Israeli–Palestinian agreement would grant sovereignty over Jewish-occupied areas to Israel, and Palestinian-inhabited areas to the new Palestinian state. Indeed, well over a decade of failed negotiations have only led to an acceleration of Israel’s land grab in the Holy City. Israeli planners have spent this time pushing settlers into heavily Arab-inhabited areas of the city, such as Sheikh Jarrah [10], Silwan [11], and Abu Dis [12], in order to create fresh “facts on the ground” – a tactic used by the Zionist movement for over a century in order to obtain control over more and more of Palestine.[3] [13]

The contrasting tradition, the Western or True Tradition, is that imagination, not action, creates reality. It’s greatest recent exponent has been Neville Goddard (known simply as Neville):

I could give you many examples to prove my arguments, to prove that these imagined states do become physical realities; but I know that my examples will awaken in all who have not met the like or who are not inclined towards my arguments, a most natural incredulity. Nevertheless, experience has convinced me of the truth of the statement, “He calleth those things which be not, as though they were.” [Romans 4:17]

For I have, in intense meditation, called things that were not seen as though they were, and the unseen not only became seen, but eventually became physical realities.

To those who believe that a true judgment must conform to the external reality to which it relates, this will be foolishness and a stumbling block. [1 Corinthians 1:23]

But I preach and practice the fixing in consciousness of that which man desires to realize. Experience convinces me that fixed attitudes of mind which do not conform to the external reality to which they relate and are therefore called imaginary – “things which are not” – will, nevertheless, “bring to nought things that are.” [1 Corinthians 1:28][4] [14]

As Neville’s own quotations show, this doctrine – imagination, not action, creates reality – is sound, basic Christian doctrine; and a glance at the New Testament context shows where the lines are drawn:

Paul said of this principle, “It is to the Greeks (or the so-called wise men of the world) foolishness; and to the Jews (or those who look for signs) a stumbling block”;[5] [15] with the result that man continues to walk in darkness rather than awake to the realization, “I AM the light of the world” [Matthew 5:14; John 8:12].[6] [16]

As always, the two false alternatives: the stubborn Jew,[7] [17] who demands signs, (not realizing that “signs follow, they do not precede”);[8] [18] and the smug Greek, who demands explanations and proofs before allowing himself to be “convinced.”[9] [19]

And so, in response to Rove’s (supposed) comment, the Left dubbed itself the “Reality-Based Community [20],” taking as a badge of honor Rove’s own characterization of them:

The aide said that guys like me were “in what we call the reality-based community,” which he defined as people who “believe that solutions emerge from your judicious study of discernible reality.”[10] [21]

As if the only alternatives were crazed action, or endless armchair study! Rob Slane articulates how the two communities bounce off each other, to no good end:

I’m falling into exactly the trap that Karl and his disciples have laid. They want two sorts of people: those who just blindly accept that it was the Russians wot did it, or that it was Assad wot did it; and those who spend their time asking questions about the official explanations. The first group call the second group conspiracy theorists and nutters. The second group call the first group dumb sheeple. And the Globalist Deep State laughs and laughs and laughs as the two groups battle it out to make sense of what has happened, leaving it free to march on to create the next reality. Truly I tell you, these Bolsheviks have learnt their Hegelian Dialectics well.[11] [22]

Indeed. But we need not limit ourselves as these “Bolsheviks” (really, Trotskyites) would have us do. For we are not children of the slave woman, but of the free woman (Galatians 5:31). It was imagination – meme magic – that elected Trump,[12] [23] and imagination, free of the slavery of so-called reality, that will accomplish our further goals. As Greg Johnson and others on this site frequently point out, we have truth on our side; and as Slane concludes:

Sadly for Rove and Co, but happily for the rest of us, the world doesn’t actually work the way they think it does. Reality – I mean real reality, rather than the phoney reality they have created – will catch up sooner or later. I sense that it’s on its way even now. And when it finally comes, the whole rotten edifice that these “history’s actors” have tried to create will crash and burn. Bringing much rejoicing.[13] [24]

[1] [25] Ron Suskind, “Faith, Certainty and the Presidency of George W. Bush [26],” in The New York Times Magazine, 17 October 2004. The source of the quotation was later identified as Bush’s senior advisor Karl Rove [27], although Rove has denied saying it; but then he would, wouldn’t he?

[2] [28] See Josef Pieper, Leisure, the Basis of Culture (1948); new translation by Gerald Malsbary with an Introduction by Roger Scruton (South Bend, Ind.: St. Augustine’s Press, 1998); and John N. Deck, Nature, Contemplation, and the One: A Study in the Philosophy of Plotinus (Toronto: University of Toronto Press, 1969), republished in the Toronto Heritage series, 2017 [Kindle iOS version]. See also Maria Popova, “Leisure, the Basis of Culture: An Obscure German Philosopher’s Timely 1948 Manifesto for Reclaiming Our Human Dignity in a Culture of Workaholism [29],” in Brainpickings, August 10, 2015.

[4] [32] Out of This World, Chapter Three. For more on Neville, see James J. O’Meara, “Magick for Housewives: The (not so) New (and really quite Traditional) Thought of Neville Goddard,” in K. Deva (ed.), Aristokratia IV (Melbourne, Victoria: Manticore, 2017), and the title essay, and others, in Magick For Housewives: Essays on Alt-Gurus (Melbourne, Victoria: Manticore, forthcoming).

[5] [33] [“For the Jews require a sign, and the Greeks seek after wisdom: But we preach Christ crucified, unto the Jews a stumbling block, and unto the Greeks foolishness; But unto them which are called, both Jews and Greeks, Christ the power of God, and the wisdom of God. Because the foolishness of God is wiser than men; and the weakness of God is stronger than men.” 1 Corinthians 1:22-25

[7] [35] Or rather, the Pharisee; Neville is always careful to distinguish the true faith of the Bible from its rabbinical Diaspora counterfeits.

[8] [36] “Stop looking for signs. Signs follow; they do not precede. Begin to reverse the statement, ‘Seeing is believing’, to ‘Believing is seeing’. Start now to believe, not with the wavering confidence based on deceptive external evidence but with an undaunted confidence based on the immutable law that you can be that which you desire to be. You will find that you are not a victim of fate but a victim of faith (your own).” Op. cit., Chapter Five: “Who Am I?”

[9] [37] “The substitution of theory of knowledge for knowledge [acquired by yogic practice] is one of the most curious perversions of the Western mind.” René Guénon, East and West (Ghent, Ny.: Sophia Perennis, 2004).

[11] [39] Rob Slane, “From Skripal to Syria – The Empire’s ‘New Realities’ Are Reaching The End of the Road [40],” in The Blogmire, April 12, 2018. Marx was not entirely wrong; “the point is to change the world,” not just study it; but rather than challenging armchair contemplation (Hegel’s “the Real is the Rational”) with the real, productive kind (as Blake challenged Newton and Locke), Marx simply reinforced the false alternative of materialism since Democritus.