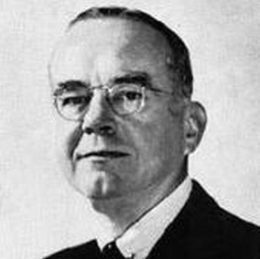 James Burnham died on July 28th, 1987—thirty-one years ago today, and just before the arrival of the current age. Born in a Catholic 1905, he quickly delved into Marxism in his college days. But Kapital couldn’t keep him, and he quit the party in 1940 [2], and the next year wrote his first post-Marxist, and criminally underappreciated book, The Managerial Revolution. In brief, the book spelled out how the rulers of our day are not cliched nobles and aristocrats, nor rugged pioneers and businessmen, but the technocrats, the pencil-pushers and the “experts” behind the scenes in our ever complexifying society. That book, popular in its day, put Burnham on the map, and he wrote quite a few books thereafter: The Machiavellians, Congress and the American Tradition, and Suicide of the West to name just three. He became a titan within the burgeoning conservative movement—writing regularly for National Review and The Freeman, and reached prominence enough to be a target of George Orwell’s ire [3] from all the way on the other side of the Atlantic. However, for all his new found glory in William F. Buckley’s posse, Burnham never “purged” his mind of his early influences like Niccolo Machiavelli, Max Weber, Vilfredo Pareto, and Gaetano Mosca—thus ensuring that his thinking always remained above the echo chamber of Republican policies and Christian morality.

Tragically, he fell from the limelight not with a bang, but a whimper. Largely debilitated by a stroke in 1978, he was largely left in the dust by his conservative colleagues, and one by one his books fell out of print. Though a recipient of the Medal of Freedom [4]—from Ronald Reagan no less, today his mentions are few [5] and far between [6], certainly nothing in comparison to his contemporaries Russell Kirk and Whittaker Chambers.

All the same, the man was a genius, and hugely influential [7] in the paleoconservative realm [8], particularly Sam Francis—the intellectual godfather of the Alt Right, who wrote a monograph [9] and countless essays on him and his body of work. Burnham’s triumph was his ability to draw from his Marxist past to see the sociological realities of economics while simultaneously pondering the spirit and soul of Western Civilization in the classically conservative sense. All with an eye to power [10] as well. Burnham knew that no amount of insightful wonkery, religious faith, or fervent ideology meant much without power—a harsh reality so many conservatives do their best to wish away.

But don’t take my word for it. Here for the 31 years he’s been gone, are 31 of his sharpest quotes.