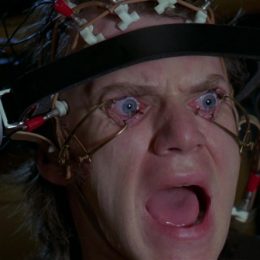 “There is no free speech in [the] real world and you will be suppressed for telling the truth that is not supported by the system.” — Nasim Aghdam

After another round of Twitter purges by the techno-Stasi, I felt a very real sense of loss that I could not quite articulate. Several of my closest Twitter friends – two of whom had more than ten thousand followers – were gone in an instant. Ever-changing and exceedingly nebulous “rules [2]” are enforced by Twitter to get rid of what they deem to be “low-quality” users – so low-quality that I know for a fact many of them had been seeing well over a hundred thousand monthly profile visits and ten million monthly impressions.

By “low-quality,” what Twitter and other social media platforms mean is anything that runs contrary to the mainstream narrative and to their political machinations. Low-quality is clearly a euphemism for what the Soviets might have deemed “counter-revolutionary” under Article 58: those refusing to toe the Party line, the dissidents dealing information on the black market throughout the Eastern bloc, the brave souls risking everything to speak truth to power.

What social media platforms are doing when they delete accounts is far more wicked than merely controlling the flow of information and viewpoints in the new de facto public square. They are dealing devastating psychological blows to those who are silenced, as well as their followers. Many of the men and women on social media – particularly those sympathetic to our metapolitical convictions – have nowhere else to go where they can be with like-minded people, and no other place to to run where they can escape the nihilism, despair, and insanity of our political hegemony (to paraphrase Kipling, those who hear the same things they hear and see the same things they see).[1] [3] For many, their online friends and the ability to speak their minds and share observations on social media are the only reprieve they have from this postmodern nightmare from which we cannot seem to wake, and it provides a very real support network for those who often have nobody in their day-to-day lives with whom they can speak freely about the current cultural malaise.

Deleting accounts and thus severing these support networks can – and often does – forcibly isolate the censored individual from the only people they know who truly understand them.  All of these relationships (many built over years), all of the ingenious intellectual material, all of the private conversations that are left unfinished, are all suddenly gone “like tears in rain.” All of the posts that gave hope when there was none, all of those confidants, all of those random memes that granted the only smirk that was had all week – all vanish without a trace into the digital ether.

Ostracism has long been used as a form of social control and punishment. The ancient Greeks would cast out those members of society who were deemed a threat to the city for ten years, cutting them off from their families, friends, and familiar surroundings. Contemporary social psychological research [4] on ostracism proves that even slight exclusion, including by strangers, lowers a person’s self-esteem, mood, and their sense of self-worth, control, and belonging. Upon being excluded from a group, the same part of the brain that registers physical pain is activated – although studies also show that the pain of social exclusion lasts even longer than physical pain, leading to increased levels of aggression, lower productivity and mood, feelings of despair and helplessness, and even suicidal ideation.[2] [5]

One of the more fascinating aspects of this research is that it shows that all of these negatives occur even in low-intensity, lab-controlled scenarios. A virtual ball-tossing game called “Cyberball” is often used as a method of testing the effects of being ostracized. The participant plays a simple computer game with two other players – complete strangers (he is told that there are two other players, but these are usually computer programs) – who then exclude him. Mere moments later, participants begin to feel the negative consequences, as measured by the experimenters. Contrast this with being thrown off of social media by force (most often suddenly and without any warning).

There is also the psychological warfare being carried out against those users whose accounts are not outright deleted, but rather “shadowbanned.” Twitter has claimed in a company blog post [6] that they do not shadowban – although a few lines later, they admit to ranking content from “bad-faith actors” lower than others. And of course, a “bad-faith actor” is merely whoever Twitter, Facebook, YouTube, or the Anti-Defamation League [7] deem them to be. When accounts are shadowbanned, their exposure plummets; monthly impressions drop and their number of followers either stagnate or decline. This is nothing short of gaslighting – given that they are not notified, all they can see is the drop in their interactions, giving the impression that your messages are no longer being well-received and that you are essentially alone, talking to yourself, causing some to eventually tire of trying altogether. Those users who have not actually broken any rules will be treated this way in an effort to suppress them and force them to leave of their (apparent) own volition.

Social media has a history of psychologically manipulating its users. In January 2012, Facebook conducted what has been widely regarded as a highly unethical experiment [8] involving nearly seven hundred thousand unknowing Facebook users. The experiment divided participants (who were not informed that they were in one) into control and experimental groups. Those subjected to the experiment had either positive or negative emotive posts removed from their news feeds. Results show that when negative posts were withheld from users/participants, they themselves used fewer emotionally negative words and began using more positive ones. Conversely, when positive posts were withheld from users, they then used fewer positive emotional words and began using more negative ones. By manipulating what a person sees on their social media account, Facebook was able to alter the content the users themselves then produced.[3] [9]

The results were remarkable for many reasons. Researchers found that emotional suggestion can very much happen via online social networks, and even more disturbingly, that social media companies can and will intentionally manipulate the mood of their users. The implications of this cannot be overstated. There is a very real possibility that social media sites are using similar techniques to intentionally lower the emotional states of dissidents. The connection between mood and emotional well-being to psychological and physical health and well-being are also well-established. This knowledge could be used for everything from lowering consumers’ moods in order to encourage impulse buying (anxiety and depression are known causes of it) to being used to push people who are already unstable over the edge. I would not put anything past these people.

There is also those remaining on social media, being gaslit by the absence of those who share their sentiments, to consider. When all they see on their newsfeeds are those sanitized views that remain, they begin to think that they are the only “crazy” ones who have such ideas. Just as others’ moods can be manipulated by acting out certain types of behavior, it is very possible social and political orientations can be similarly altered.

Twitter, the Anti-Defamation League, and others are indeed influencing the political discourse, unilaterally deciding what ideas can be be discussed and which can’t. Even more insidiously, they are waging a total war on the hearts and minds of their users. They are separating people – often vulnerable ones – from their support networks, with devastating consequences for some.