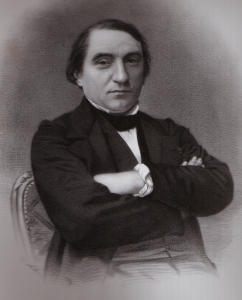 Do you remember that John F. Kennedy was among those who questioned the legal validity of the Nuremberg trials?[1] [2] Do you remember, further, that, unlike the British political leadership, he opposed the Indian invasion which led to the end of Portuguese sovereignty over Goa?[2] [3] It is also useful to recall that immediately after he was assassinated, “a climate of euphoria” prevailed in the stock markets and among the “great capitalists” as well,[3] [4] and that he wanted to apply a “fairer tax system.”[4] [5]

In theory, his assassination was “an inexplicable crime.”[5] [6] Yet, the enmity between Kennedy and David Ben-Gurion cannot be excluded from the likely causes of the crime. It is beyond any doubt, in fact, that Kennedy, unlike Ben-Gurion, wished for peace in the Middle East[6] [7] and did not want the Arabs to be crushed by the Israelis;[7] [8] accordingly, he refused to give nuclear weapons to Israel.[8] [9] The relevant moral to be drawn from this? Ernest Renan’s assertion that “the Jewish nastiness is beyond any other nastiness.”[9] [10]

The falsification of history is an easy means of propaganda, indeed. And for centuries, global public opinion has been bombarded by slogans such as “Palestine is the Promised Land of the Hebrews” and the like. Is this true?

A rough answer is that neither the Hebrews nor the Israelites exist anymore. In point of fact, only Jews exist; for in the eighth century BC, the Assyrians conquered the “Kingdom of Israel” and deported ten and a half out of the twelve Hebrew tribes from Palestine. As a result, only the tribe of Judah and half of that of Benjamin remained in the “Holy Land”; the remaining tribes were lost forever[10] [11] (although it is debatable what eventually happened to them). This is why, in almost every European language,[11] [12] the term “Jew” has been substituted for “Hebrew” (Judeu, Jude, Judío, Juif, etc.). It is therefore questionable whether they have the right to revendicate Palestine, and pride themselves as Abraham’s descendants. The division between the Sepharadim and the Ashkenazim is well-known; and the Ashkenazim are not of Hebrew, but Turkic stock.[12] [13]

Furthermore, what was the Hebrews’ contribution to the cultural development of Palestine? As testified by well-known archaeologists, when the Hebrews entered the “Promised Land,” they were still “at a very low stage of cultural development.” They therefore found themselves among a people who were superior to them in all manifestations of civilization, and they had been to a large extent assimilated, culturally and spiritually, by the original inhabitants of Palestine;[13] [14] today it is clear that the Hebrews prior to their exile were hardly anything other than pagan.[14] [15]

Have the Jews, renamed “Israelis,” any right to Palestine? The question could be regarded as reasonable only if the Jews/Israelis are considered to be newcomers who seek the hospitality of the Palestinians. Only from this viewpoint would it be logical to hold that they should be given land corresponding to their initial small number. And yet this is not the case. As a matter of fact, the Jews/Israelis always require much more. And in the end, the Palestinians will be exterminated.

[8] [25] Author’s discussions with officials of the Greek Ministry of Foreign Affairs.