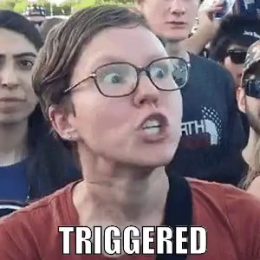 Despite deeply appreciating the victory of Brett Kavanaugh’s Supreme Court confirmation, I didn’t experience the schadenfreude I thought I would. The part of my mind which harbors hatred for my enemies and usually roils at the anti-white antics of the Left felt oddly calm and steady. After weeks of slander, smears, and despicable behavior from those who wished to derail Kavanaugh’s confirmation, it would seem natural for one on the Right to gloat and enjoy the hot tears of their vanquished foes. But I felt something else.

Of course, I hate the Left. People on the Left have no honor. They say they’re against racism, yet they say and do the most racist things against white people. They promote diversity and multiculturalism, yet what they really want is the ultimate extinction of whites and the civilization they created. They say they’re against fascism, yet they support the cruelest, most totalitarian measures against people they don’t agree with. They say they support peace and love, yet show none of that towards people who honestly and civilly oppose them in the body politic. They prattle on about Nazism and slavery and the Holocaust, but ignore the genocide, forced labor, and war crimes committed by the Left (which were far greater than the sins committed by the Right). People on the Left are slaves to an impractical ideology which is based on racial and sexual egalitarian lies. You cannot agree to disagree with these people, because they will never agree to disagree with you.

The Left, essentially, has no moral center, and no standard code of ethics. This code of ethics is the very thing that holds great civilizations together: honest people adhering to one standard because they know that God, their nation, or their ancestors – or else some immutable, supernatural ideal – is always watching them (or they are always watching it). When you abandon fealty to something greater than humanity, then self-serving dishonesty becomes the norm, because all that remains is power. You grow to despise humanity because you believe that everyone else is as dishonest as you are. Then everything becomes a race to the bottom.

So, yes, the Left is complete rot and should be beaten back or destroyed whenever and wherever it lifts its ugly snout in decent, civilized society.

But as I watched Leftist activists suffering, screaming, and clawing at doors during and after the Kavanaugh confirmation, however, I realized two things. First, that could have been me. If Justice Clarence Thomas had died or retired during the Obama administration, then we would have had five Leftist judges on the Court instead of four. Although I wouldn’t have been as hysterical as the people protesting Kavanaugh, I certainly would have been just as devastated. Who wants to live in a society in which a majority of the governing elites stand against everything you stand for?

Secondly, I realized that I really don’t want to rule over the Left. Lefties have the right to live in a nation which is based on their values just as I have the right to live in a nation which is based on mine. With a country as polarized as the United States, a fifty-one percent majority will seem like tyranny to the other forty-nine. Is this really what we want? Is this what the Founding Fathers envisioned? We on the Right may be running victory laps now, but it could have easily gone the other way. Further, it could still go the other way, and likely will go the other way if immigration and reproductive patterns continue. Donald Trump may be slowing the white decline at the moment, but it is unlikely he will stop it. Sooner or later, American whites will be a minority in their own homeland, and then we’ll be the ones suffering, screaming, and clawing at doors. Either that, or we will be forced to wage another civil war to get our country back, and many will die.

So my question to the Left is: Is this what you want? Do you want to live in a world in which your rulers drive you to hysteria and grief? Do you actually like going to the capital and harassing Senators? Do you actually enjoy resorting to lies and smears in order to keep people on the Right from positions of power? It would seem that you don’t, otherwise you would have protested just as vigorously against Barack Obama for not being sufficiently Leftist in his policies. No, you save your protests for people on the Right. And this proves one thing: that you hate us as much as we hate you.

You see, mutual hatred is the one thing we have in common, and it is more powerful than many of us realize. It is this common thread I intend to pull in order to get you to consider my following proposal.

Let’s give up on the idea that the United States is one nation, indivisible. Since 1965, we have become more and more divided thanks to non-white immigration and the integration of blacks into mainstream society. The division was hardly noticeable at first, and it took a few generations to manifest. But now, we are more divided than we’ve been since the 1860s. Meanwhile, the forces behind this division continue apace. We are vulnerable right now to a great historical breakup which could rend our nation in two with great violence. It could take the form of an economic depression, a terrorist attack, another war, or a terrible natural disaster. But however it comes, the results will be horrific. Remember, we hate you as much as you hate us, and this will not change. Many of us on the Right are armed and prepared. We have the sympathy of the military; moreover, we are sick of you. It will be an ugly and painful separation.

Again, is this what you want? What fuels our mutual hatred is that we are forced to share a single country. This is an idea that most of us take for granted. But what if this is a bad idea? What if history has worn it out and made it bad? Wouldn’t you want to live in a nation in which you don’t have unutterable contempt for fifty percent of your countrymen? Wouldn’t you want to be certain that no threat exists to abortion, multiracialism, feminism, transgender rights, affirmative action, high taxes, gun control, socialism, and all the other things you hold dear? Wouldn’t you want to wake up every morning breathing a sigh of relief, knowing that you have trust in your government? Do you even remember how this feels?

So why don’t we do something about it? Let’s get past the idea of the United States being indivisible and see it for what is has become: irreparably divided. Let’s stop pretending and instead open our minds to a future in which there are two Americas. And in your America, we won’t tyrannize you, while in ours you won’t tyrannize us. Let’s take Calexit to the national level. Let’s be friends and enemies at the same time and work towards a shared goal, even if we approach that goal from opposite directions.

I’m sure all the details could be worked out. The price for such a separation would be that you would lose territory you probably wouldn’t want to visit, anyway. And the same goes for us. So where’s the downside? Some people will have to rent U-Haul trucks and move to their preferred nation. Some people will have to sell their homes or switch jobs. Some people will suffer as a result, no doubt. But compared to what we have now and where we are headed, is this really such a hardship? Penniless Mexicans risk danger and imprisonment every day when they enter our nation illegally. If they can do it, so can we – and so can you. Furthermore, there will be peace. White Nationalism as expressed here is a position of peace because it offers a viable solution to our current troubles and a way to stave off another civil war. No sane person wants war. No sane person fights for the sake of fighting. So let’s stop fighting. Let’s call the divorce attorneys and do this.

And if you don’t want to do this, if you actually prefer the strife and heartache of sharing your country with the Right – especially the white Right – then there is only one motivation I can think of for that: conquest. You really do want war. You aim one day to annihilate the Right and dispossess and oppress white people until there aren’t any of us around anymore. And if this is indeed the case – as I am afraid it is – then when the civil war comes, we will be perfectly justified in destroying you.