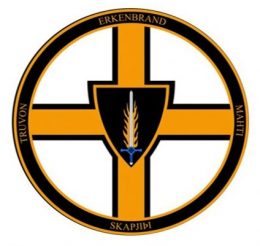 I walked up the escalator, placed my card on the scanner, and walked through the barrier.

“Follow the piano music,” he had texted me. I saw Justin waiting several meters away. We made eye contact and kind of stared at each other for a moment.

“Didn’t recognize me?” I asked.

“I’ve never seen you without a suit,” he told me. I realized I had only ever met him at conferences. We walked outside and made our way through the city. It was beautiful, disproportionately young, and vibrant (the good kind). People talked loudly from under awnings in streets and alleyways lit by yellow light. We walked back to his place and he introduced me to his friend Anna, a woman from Eastern Europe. I talked with Justin about all sorts of Rightist ideas, personalities, and events while Anna quietly listened. “You’ll have to learn about all these characters, Anna,” Justin said.

As we approached our stop on the day of the conference, I noticed a few other well-dressed guys on the bus, but only as we were disembarking did it occur to me that they were probably headed to the same place.

“Are we all going to the same place?” I asked. They smirked and said yes. We walked toward the building, and I asked one of them whether he had attended last year.

“First time at Erkenbrand, or at any nationalist event?” It was his first-ever nationalist conference. We saw a few people outside smoking cigarettes, and then we entered and found the correct door. Like last year, I got my nametag, went in, checked out the books, and scanned the room for familiar faces. Despite having some Dutch ancestry, I am significantly shorter than the typical man there, and immediately felt short compared to all the locals. There was not too much time to chat, since it was already nearly time for the first speaker. I got myself some coffee and found a chair.

Fróði Midjord spoke about the necessity of inspiring whites around the world to simply refuse to cooperate with their hostile system. He compared compliant whites to a kid getting bullied in school: they get beaten up, have their lunch money stolen, and are blamed for the entire process.

When it came time to answer questions from the audience, several people had questions to the effect of: “Should we also try _____?” and “Should we aim to do _____ or devote time and energy to _____ instead?” One of his replies was that, given how successful the Left has been in previous decades – both by “marching through the institutions” and by organizing strikes and other types of actions, there is no reason to think we cannot do both. He underscored the desperate need in our movement for art; perhaps a novel that depicts a future – peaceful – general strike by whites.

Guillaume Durocher [2] was in the audience and pointed out the massive historical success of Christianity, wherein “you take the hit, and people see you the hit.” He repeated the point from his speech the previous year, that “we are so soft” today. Depictions of aggressive rebellion or revolt might turn people off to the message of restoring white homelands, and depicting our collective victimization would be far more successful.

There was a short break, during which I went to grab some coffee.

Millennial Woes talked next about the experience of being deplatformed, specifically from Twitter. He said it would be his last chance to discuss it, and so went into great (very great) detail about being it. “It is terrifying when it happens to you,” he said. He had a line about seeing other people browse Twitter on their phones being akin to having to leave a party and be reminded that it was going on without you. It was so similar to a metaphor about death that Christopher Hitchens made in one of his final interviews that I wondered whether it could have been an accident. He described a Twitter account as a “digital larynx” for public figures. One’s tweets are one’s voice.

He emphasized that for those on the Right, free speech is by far the most important issue – because without it, we will not be able to make our case on any other subject. Towards the end I asked him, “So what do we do?”

“Campaign” was his answer. He added that because the issue of free speech is such a simple thing, there is not an abundance to say about it. We simply need to fight back while we have time.

At the next break, I talked to the Dutch guy to my right, who mentioned that “Counter-Currents is my homepage.” He was also very familiar with The Daily Shoah and said he followed American politics more closely than that of Europe.

The next speaker I had not heard very much about, so I did not have any particular expectation. George Hutcheson, who is probably best known for a recording [3] of his interaction with two faculty members that he had at college, gave a short talk about challenging anti-white bias on campus. I was immediately struck by how easily and fluidly Hutcheson could recite statistics and talk about Canadian law, and by his charisma. He emphasized that it is possible to use anti-racism laws in the interest of whites.

He noted that sixty percent of Canadians “feel that immigrants should do more to assimilate,” and that “there’s a confusion in peoples’ minds” about what “multiculturalism” really means. The crucial takeaway for me was his challenge to those who would prefer to switch majors, or even to refuse to attend university altogether, in order to avoid anti-white agendas and professors. “If you don’t have the courage or fortitude to have your ideas challenged, then you are neglecting your responsibilities,” he said. Regarding university administrations, he said that “they are the ones who are out of line, because they are the ones who are trying to dominate and oppress the discussion.”

Woes gave a second speech about Jordan Peterson. Apparently he had originally planned to give a speech about the nature of power, so he talked about Peterson in terms of his relationship to power. He gave the example of Peterson’s tweet on Brett Kavanaugh, where he said that Kavanaugh should have recused himself from consideration. The tweet, according to Woes, demonstrated Peterson’s naïve and effeminate relationship to power. “He’s afraid of attaining power,” Woes explained.

I was starving and overcaffeinated by dinnertime. As I stood in line next to an Englishman at the buffet, we talked with a German woman in front of us. I helped myself to a generous portion of food and sat down next to the Brit. He explained how the “Woman Question” was so instrumental in his redpilling. We shared a few classic Jonathan Bowden lines, which I consider obligatory when talking with British nationalists. I got a second plate of food and sat down near a Norwegian guy I had met last year. He was sitting across from Hutcheson, with whom I spoke for a bit. The Norwegian guy and I shared some arcane race-realist observations that would have been vastly improved with some Vivaldi.

Lastly was Greg Johnson’s speech [4], which he began by directing the audience to “raise your hand if you want the bad news first,” and noted that about half of the audience raised their hands. Johnson talked mostly about free speech and the “moral component” of the ability to hear bad news. He gave the example of Hillary Clinton, who, like other narcissists, surrounded herself with “flatterers and flunkies,” and was thus convinced that the election was hers until late on the night of November 8, 2016.

Notable moments included Johnson’s claim that “the system is converting people to our way of thinking” and that “we are the scapegoats, as they [the system] deny responsibility for their failures.”

He also mentioned that Kevin MacDonald had once told him that “Jews don’t have a survival strategy, they have a dominance strategy, adding that, “Jews are not wired for success, whereas we are.” The predominant role of Jews in generating anti-Semitism all by themselves is indeed progressively obvious in the era of Trump. [5]

The major takeaway for me was that we on the Right will not need to censor or silence our enemies in the same way as they have done to us – so long as we deprive them of all of their power and resources, of course. Future generations will need to be exposed to the consequences that liberalism and “diversity” have brought to our race, so that they are equipped to reject it.

People continued to hang out and talk for almost another two and a half hours after the speeches had ended. Besides the Dutch gentleman, I met other Americans, as well as people from the UK, Ireland, Belgium, Germany, Canada, Ukraine, and probably other countries. I managed to hang onto my books, despite leaving them on various tables throughout the afternoon and evening.

The day went by quickly, and many had trains to catch either that night or early the next day (Justin and Anna left early, and so I found a bus back with another group later on). The energy and optimism that comes with attending such events is addictive, and especially as an American in the age of Trump, one believes that we really can change the world. The meme of the day was the classic “It’s afraid! [6]” scene from Starship Troopers. I felt a renewed sense of international community as well as urgency as I sat there, trying to glimpse the speakers through the rows of people, shoulder to shoulder with giants.