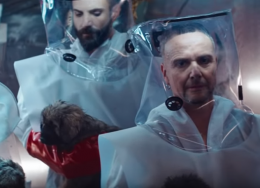 In this Guide to Kulchur [2], John Morgan and Fróði Midjord discuss the widely-viewed and controversial video, Deutschland [3], that was recently released by the famous German metal band Rammstein. The duo discuss the background of the video’s panoramic view of German history, and suggest ways of understanding its complex symbolism in a manner that runs contrary to the assumption that it celebrates multiculturalism. They also discuss the controversy surrounding the video’s use of Holocaust imagery. The episode is available on both YouTube and Spreaker (see below).

Listen to “Rammstein’s “Deutschland” seen from the Right (with John Morgan) – Guide to Kulchur, ep 14″ on Spreaker. [4]