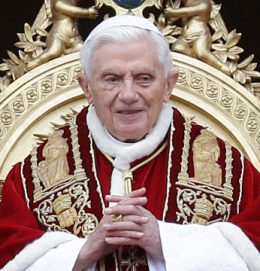 The Catholic Church continues to be embroiled in its sex abuse scandal nearly 20 years after it was first revealed.

Last summer reignited the scandal when it was reported that the powerful former Washington archbishop Theodore McCarrick was a serial predator, preying on both minors and seminarians. McCarrick, ironically, led the American Church’s investigation into sex abuse in the 2000s.

The McCarrick revelations resulted in a new round of accusations and allegations. State officials across the world released horrifying details about sexual abuse in several dioceses. A Pennsylvania grand jury report found over 300 priests in the state had sexually abused children. The report covered seven decades and six of the state’s eight dioceses. It concluded the church hierarchy had protected the vast majority of abusers, who are estimated to have abused thousands of children.

The German Catholic Church’s report in September found over 1,600 German clerics sexually abused children from 1946 to 2014. The estimated number of victims is 3,677. At least 60 percent of the abusers escaped punishment. It was revealed the same month that the majority of Dutch Catholic bishops covered up child sex abuse between 1945 and 2010.

McCarrick’s antics prompted coverage of the widespread sexual predation in seminaries. Dioceses across America ordered investigations into seminaries after it was reported multiple senior clerics preyed on young seminarians. Nearly 50 Honduran seminarians alleged homosexual abuse is rife at the nation’s primary seminary and is covered up by papal confidant Cardinal Oscar Rodriguez Maradiaga.

Other black marks for the church include the trial and conviction of Australian prelate Cardinal George Pell of child molestation, and rape charges for a prominent Indian bishop. Maryland and New York have opened their own investigations into clerical sex abuse in their own states following Pennsylvania’s stunning report.

These are the worst headlines for the Church in over a decade. The hierarchy, in its own particular manner, has responded. McCarrick was defrocked, and a few other bishops were replaced. The U.S. Conference of Catholic Bishops held a summit on the abuse, and so has the international church. But no solid solution has emerged outside of another commitment to “zero tolerance.”

The scandal prompted Pope Emeritus Benedict XVI to break his silence earlier this month. He believes the Sexual Revolution is to blame for rampant clerical pedophilia.

“Among the freedoms that the Revolution of 1968 sought to fight for was this all-out sexual freedom, one which no longer conceded any norms,” Benedict wrote in a papally-approved letter. “The mental collapse was also linked to a propensity for violence. That is why sex films were no longer allowed on airplanes because violence would break out among the small community of passengers. And since the clothing of that time equally provoked aggression, school principals also made attempts at introducing school uniforms with a view to facilitating a climate of learning.”

He added, “Part of the physiognomy of the Revolution of ‘68 was that pedophilia was then also diagnosed as allowed and appropriate.”

Benedict diagnosed the Church’s decline and decline in morals as a result of the changes wrought by Vatican II–an event he shaped as a young theologian. No longer was moral teaching based on Church tradition and authority. Instead, a “biblical morality” was sought out, leading the Church down a dark path. According to the former pope, no longer would absolute good prevail, “only relative value judgments” would be elevated. He also lamented how the authority of the church was doubted, “forc[ing] her to remain silent precisely where the boundary between truth and lies is at stake.”

Ultimately, the moral rot in the Church and society are a result of the abandonment of God: “Western society is a society in which God is absent in the public sphere and has nothing left to offer it. And that is why it is a society in which the measure of humanity is increasingly lost. At individual points it becomes suddenly apparent that what is evil and destroys man has become a matter of course.” Benedict believes the only way to fight back against sex abuse and moral degradation is to revive the Church and the West’s belief in God.

The retired pope was savaged in the press for his remarks. The journo consensus was that the letter was the work of a bitter old man who’s slowly losing his mind. How could anyone blame the 1960s for the church abuse crisis?

However, the journos have a point. Benedict was a powerful cardinal during the height of the crisis and oversaw the problem as a pope. The reason why there’s so much outrage at the Church is not just because so many priests raped children. It’s because the Church protected these pedophiles and covered up the abuse.

This isn’t a new issue for the Church.

St. Peter Damian complained about the sexual degeneracy of priests nearly a thousand years ago. The pre-Reformation Church was notorious for its sexual immorality. The powerful Piarist order was embroiled in a pedophilia scandal in the 17th century. The Third Reich prosecuted dozens of priests for sexual deviance in what observers saw as anti-Catholic persecution. Knowing the current abuse scandal, it’s likely some of those “persecuted” priests were actual pedophiles. All of these events happened long before the Sexual Revolution.

While Benedict points the finger at liberal bishops for this scandal, conservative prelates share much of the blame for it. The face of sex abuse cover-up in America is the late Bernard Law, a conservative cardinal who served as Archbishop of Boston. Law protected dozens of priests from punishment all while championing conservative theology and helping to write the Vatican’s 1992 catechism. He was close with John Paul II and the future pope Cardinal Josef Ratzinger. While Law lost his archbishopric following the cover-up revelations in 2002, he was gifted with a plum job in the Vatican.

Legion of Christ founder Marcial Maciel was one of the worst predators in the Church, raping dozens of young men and girls throughout his clerical career. Maciel was also a staunch conservative who upheld church dogma and fought against liberal interpretations. Under his leadership, the Legion was one of the most powerful groups in the Church and raked in millions for the Vatican. Maciel’s power kept his predation from being punished.

Cardinal Pell, the recently convicted Australian prelate, is another conservative who was involved in the church abuse scandal. Not only was he convicted for abuse, but he also protected clerical abusers.

Pope John Paul II, a conservative icon, served as pontiff during the time most of the abuse occurred and was covered up. He did not overlook pedophilia because of his liberal theology.

The new church sex abuse scandal has been a lightning rod for conservative Catholics. They have pointed to the crisis as justification for radical reform and a return to tradition. Vatican II is the culprit for this degradation and medieval penalties must be imposed on abusers and their enablers. They have also cheered on the state investigations into dioceses and have fantasized about dawn raids on corrupt bishops.

Yet, these very same conservatives defended Pell and insisted he was the victim of anti-Catholic persecution. State power is only good when it’s used against liberal bishops, according to conservative Catholics.

A more tangible culprit for the abuse is the “gay mafia” that allegedly controls the Church. Archbishop Carlo Maria Vigano, who once served as the papal nuncio to the U.S., alleged such a conspiracy in a letter last August. Vigano accused Pope Francis of protecting Cardinal McCarrick and other abuse enablers. He also claimed an influential cabal is trying to alter the Church’s position on homosexuality. Vigano’s solution was for Francis to resign.

Francis is still pope, however.

Conservative Catholics have wanted the Vatican to purge all gays from the priesthood, an impossible task. It’s estimated that at least a third of all American priests are gay and make up half of some religious orders. The Church already has a priest shortage, and it’s not like millions of straight men want to trade sex and marriage for the cassock. Also, some of conservatives’ favorite bishops and cardinals may be gay as well. Finally, purging homosexuals does nothing to stop heterosexual rapists and predators, who also exist.

The sex abuse crisis is the most obvious sign of the Catholic Church’s decline. It has led to a weakened faith, particularly in Ireland, once considered the most Catholic country in Europe. In 40 years, weekly Irish church attendance has plunged from 80 percent to 35 percent.

The present problem is that the Church enabled the abuse for many years and we now have a news media that will make us all aware of the crimes. Past abuses didn’t lead to a decline in church membership and faith. Now it does.

Here are important things to keep in mind in seeing the abuse scandal:

The sex abuse scandal won’t destroy the church, but it does hasten its decline as a powerful western institution. It will continue to exist but exert less influence and be at greater mercy of secular forces.