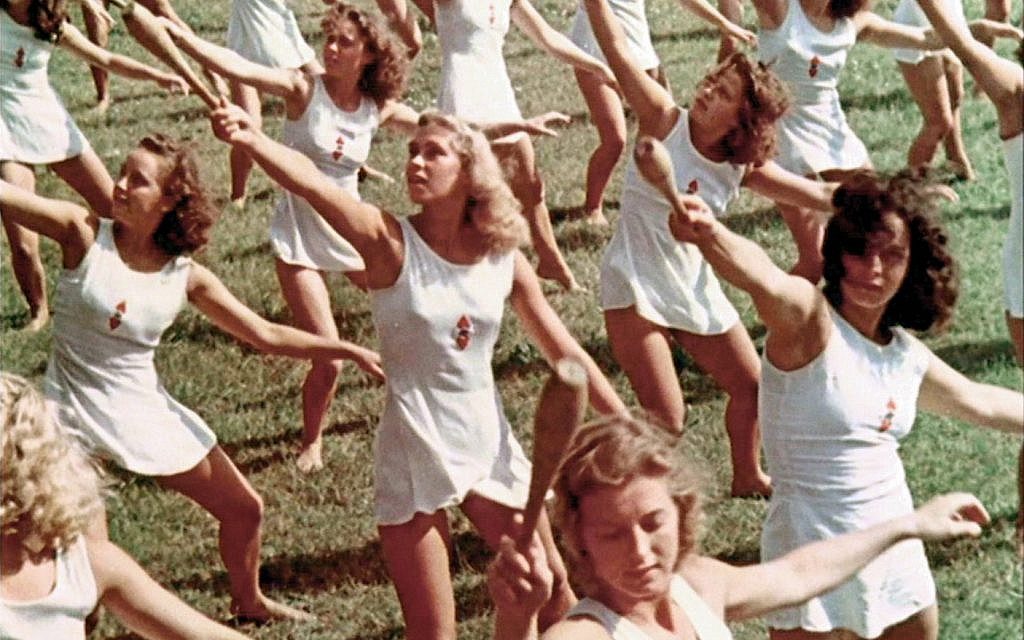 To understand the spirit of today’s Germany, one must love all that is exaggerated, all that comes from an excessive and overflowing passion [unreadable passage], of an irrational momentum and a disconcerting monumentality. I have always loved Germany for its Formlosigkeit to which, even if it has sometimes descended into the grotesque, we owe a part of the sublime values and accomplishments which temporarily remove us from day-to-day vulgarity. In this world, one must only love people of excess. All the others, if they are not intelligent, are mediocre, calculating, and equipped with a critical and ironic mind. But I ask them all this question: Has the time not come to liquidate all that is critical spirit, calculation, measure, and form?

If Germany today has achieved something, if the Germans live with crazed enthusiasm and admirable effervescence, it is because at a certain point they embraced the courage of a liquidation, the passion of a fecund and creative barbarism, the willingness to risk it all, and especially, a messianism which foreigners find difficult to comprehend. I am not speaking here of the position of small countries in the face of the Hitlerian phenomenon, nor of my personal position. What I am interested in knowing is whether this messianism is part or not of the immanent direction of German history. Whoever understands history, even a little, must recognize an undeniable fact: Hitlerism was a destiny for Germany.

One must have a strong feeling for fate to be able to be objective. No historic phenomenon of great proportions is intelligible if it is not considered under the sign of inevitability, of an immanent destiny, stemming from the structure and substance of a historic way of life. In the reduced historic ways of life, who do not have their own vital and internal impulse, nor a secret necessity, but only obediences, imitations, and compromises, one finds no inevitability indicating a direction; one finds a stupid and insignificant arbitrariness. The little cultures have no meaning and no value in the historic world. That is why, if one does not destroy them, they should be ignored.

Conversation with a Hitlerian

What impresses the foreigner when he chats with any German, whatever his cultural or social level, is his extreme messianism. I defy anyone to show me, in all of Germany, an ordinary citizen who is not convinced that Germany is the leading country in the world and that all the others have poor half-existences. In Romania, everyone agrees that they live in the most miserable country on Earth, a country which does not even deserve to live. So how can one not be impressed by the infinite pride of this nation, by the consciousness it has of its mission in the world and of the historic summit it has reached?

If the Russian and Jewish messianisms evoke a liberation and redemption thanks to a people charged with a divine mission whose fulfillment will lead to a solution to the historical process, German messianism starts from the excellence of an ethnic type [unreadable passage]. The two others undeniably have an apocalyptic character, an obvious intention to transcend history, to ultimately defeat it. The roots of Germanic anti-Semitism lie in this instinctive Nordic messianism, essentially German, against southern messianism, essentially Jewish. The same is true of Russian anti-Semitism [sic]. (In the historic conditions in which they live, the Jews are too gifted to either be defeated or to one day be the victors.)

Did God not suffer enough when he sent his son to the cross, to have to crucify his chosen people multiple times?

I will never forget a recent conversation with a German, a conversation begun rather symbolically before the Reichstag. He so believed in a spiritual and political pan-Germanism that he left me dumbstruck, all the more so in that his words were not due to readings but to discussions, meetings, and travels. With an exclusivism at once impressive and ferocious, he reduced all human values to essentially Germanic values. All that was grandiose, monumental, genial, and creative was Germanic. All the other cultures were mere caricatures.

France? French culture is but lies, superficial games, and pettiness at all levels of the mind. When I objected that certain cultures had cultivated the monumental – for example the Japanese, French, Greek, or Chinese cultures – he answered that he only recognized human values in the Gothic . . . The art of the Italian Renaissance was itself, in its great works, Germanic. Michelangelo was characteristic of this.

If I put up with all of this, it’s because of my old love for absurdities.

This stupid question left me speechless.

The opinions of this individual are only too widespread in the German population for me not to reproduce them here. I would not have done so if I had heard them from the mouth of an intellectual, because then I would think they were the product of personal knowledge and reflection and, by this fact, less revealing of a people’s general outlook.

We parted ways after a few hours of conversation. I still remember the passionate emphasis with which he pronounced these too-frequent expressions: deutsches Volk, deutsches Wesen, deutsche Erziehung, and so on.

Georg Simmel[2] [4] says that Nietzsche is characterized by the feeling of existence’s solemnity (Das Gefühl der Feierlichkeit des Daseins). This feeling is, to varying degrees, fundamental to all Germans. To be at every moment conscious of the symbolic nature of your action, to live at every instant as though your existence were a succession of definitive choices, your personal elaboration raising you constantly towards your ideal type, here is an existential sentiment of an absolute dynamism.

No one can experience this solemn feeling if he does not feel his individual existence as a mission which can be realized at any moment, even though it is never realized. One lives symbolically for the values one cultivates and one thinks them irreducible and absolute. No one can experience this feeling if he does not believe that his existence can become an absolute, something unconditioned, realized in itself. But this process reveals a pure intentionality, because none can accomplish a mission, none can realize himself completely, even as he already lives. The tragic is fairly graspable in this solemnity which can be a mask hiding who knows what tragedy.

The German is not a human type who lives for his moods, he does not cultivate psychologism; he lives his moods according to his values and the norms which derive from or are attached to them. Hence his excess in pedagogy and morals, his scandalous normativism, his conception of duty. Hence, also, his tendency to take life seriously. The disconnection with reality among people of the North comes from their permanent seriousness, whereas three-quarters of life’s aspects do not deserve to be taken seriously. And if one does take them seriously, one inevitably becomes extravagant, ridiculous, puerile, or saintly. But the time has not yet come for us to also overtake the Germans . . .

[1] [5] Carol I, the Lord and then King of independent Romania (1866-1914), was a German prince of the House of Hohenzollern, whose more famous junior branch ruled Prussia and Germany. Carol, a Germanophile in a largely Francophile country, presided over considerable modernization.