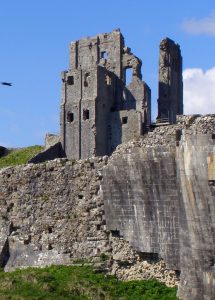 Like everyone, I held my breath almost every time I checked in on the website Chateau Heartiste. It seemed destined to be shut down in the present hostile climate. It was too spicey, too radical, too honest.

Then, on Friday, May 10, as I did my usual cruise around the internet, I summoned it from my bookmarks and was met with a blunt cancellation notice. This hit me harder than other recent shutdowns. Chateau Heartiste was the first blog of the New Right that I really grew attached to.

I’m going to hope and assume that CH will find a new way to manifest himself and will rise again.

In the meantime I wanted to share five of my favorite concepts I have gleaned from the Chateau:

Like all good Americans, I liked the idea of “equal.” Sure people were different. They had different talents and abilities, but shouldn’t we all be equal in a basic way? Like under the law? And shouldn’t we all have equal opportunity? Of course we should.

What didn’t occur to me, was the degree to which “equal” could be used as a weapon against achievement. When offered equal opportunity people came up with unequal results. Some people were better at things than others.

Enter the Leftist philosophy of equalism and the idea that if the results are not equal, then privilege (or racism or some form of oppression) must be at work. Therefore the government (or whoever) needs to involve itself and reassert “equality,” i.e., discredit the talented and uplift the mediocre.

This is one of my favorite Chateau-isms because I have so often fallen victim to it myself. I’m a sucker for an Ivy League degree, or people with important sounding “titles.” I can’t help but defer to Harvard Law graduates, or Iowa Writer Workshop authors, or scientists who went to Cal Tech. When you’re young you tend to believe such people really are smarter and more capable than you, and in many cases they are. But the older you get, the more you encounter people with these same credentials who are frauds, cheats, or sociopaths.

But the point Heartiste made that stuck with me was how equalism and credentialism interact. If, as the Leftists believe, everyone has to be “equal,” then credentialism is how we establish hierarchies of power. The person with the most titles and awards is always “right” because he has paid more tuition and kissed more ass. In such a world, natural talent or originality of thought cannot rise, partly because such people are busy doing things, not accruing honors.

The idea here is when the law becomes politicized and preferential, fear and dread pervade society (like now). You are in effect living in a state of anarchy, in which you could be randomly attacked, sued, or charged with something.

Which means that whatever actually happened at a crime scene (or in a relationship) doesn’t matter. The innocent are as likely to be convicted as the guilty. The lack of trust that results is a constant assault on the morale of the citizenry.

Because I worked in the mainstream publishing industry for many years, when CH called it “The Women’s Publishing Industry” I laughed out loud.

It is completely dominated by women. There is not a shred of masculine energy to be found anywhere. Even in spy novels and thrillers, contemporary authors are quick to insert women in the traditional hero roles. We live in an era of Jane Bond. The poz runs thick in the book biz.

This is my favorite Heartiste-ism. I’ll sometimes casually drop it into normie conversations in the totally pozzed city in which I live.

Of course nobody knows what I’m talking about, which is half the fun of it. They can sort of guess by the context. But I never explain it. I pretend they misheard.

I like it because it sounds so good coming out of my mouth. It’s so satisfying to declare a person, a film, or an advertisement “pozzed beyond recognition.” Entering a social gathering I know will be predominantly Leftist, I will murmur to myself: “Beware the poz!” Like all great words: it sounds like what it is.