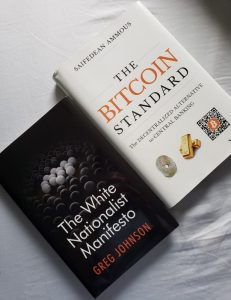 [1]I should preface this by saying I’m not a licensed investment advisor. Only risk what you are willing to lose. That goes for any investment, whether it’s government bonds or expired yogurt. Bitcoin is one subject that causes a lot of disagreement. Many people think it’s a scam. It’s often cited jokingly as the cause of someone’s wealth, or their poverty. It has been around for more than a decade, and yet many people still file it away in their minds as “that newfangled thing that’s a bubble that will fall to zero any day now.” The whole concept seems pretty bizarre and unnecessary if you aren’t a geek for monetary theory.

But if you take the time to learn about the history of money, and why certain things become very valuable despite being mostly useless, then Bitcoin makes a lot of sense. I’ve tried to condense my most worthwhile ideas here because I want to influence a few fellow White Nationalists to take a stake in it. As it stands, most of us are aware it’s a good medium to bypass PayPal and banks to support fellow nationalists we care about. The fact it can’t be frozen or confiscated is a blessing for all dissident thinkers. But there’s much more to it.

1. It’s worth investing in. It isn’t a currency so much as it is a cyclical commodity that’s still in the process of filling out. It is a convex, non-correlated, bearer asset, that isn’t yet available via traditional brokerage and custodial firms. That means buying it now gives you a huge leg up on multi-trillion dollar pools of capital that want exposure to this commodity, but can’t yet get it. Hedge funds and family offices love non-correlated assets because they provide potentially good returns when the stock market is down.

2. Don’t buy other cryptocurrencies. Bitcoin’s network effect and liquidity advantage make it insurmountable within its class. Alt-coins come and go. Bitcoin will remain on top. 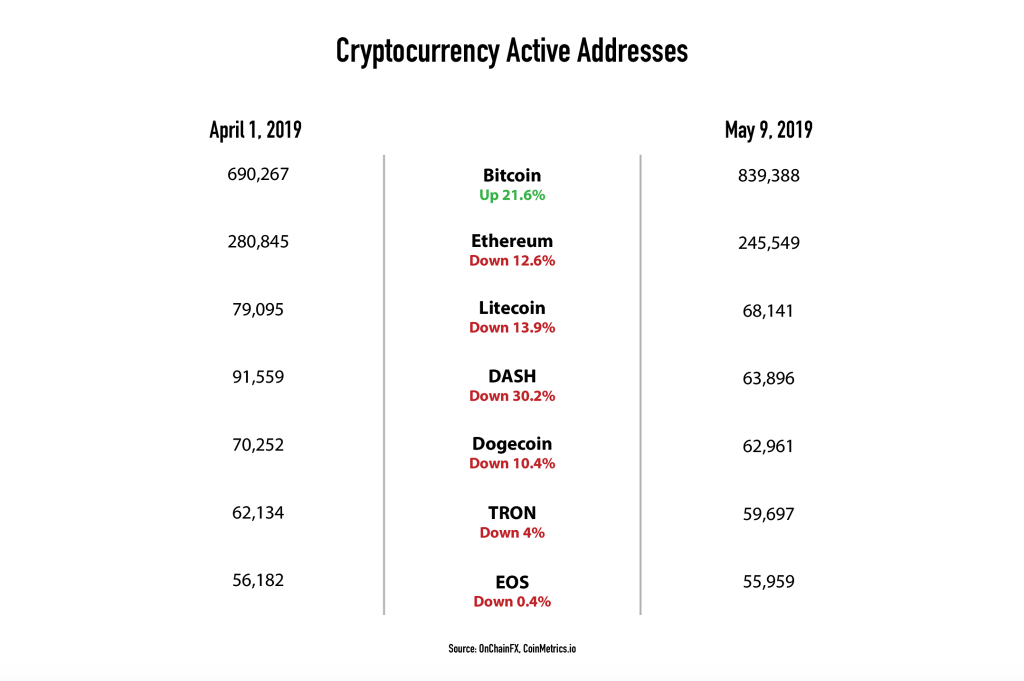 3. Hold it long term. It’s best to think of owning Bitcoin like owning shares of Microsoft before the PC craze really took off in the ’90s. It will have periods of huge gains, and periods of gut-wrenching crashes. But if you can hold for 10 or more years, you will likely benefit enormously.

4. Avoid trading it. Trading any crypto means recording every buy and sell order you make, and calculating the profit/loss on each one. It’s a huge pain, and the vast majority of traders end up losing money. The buy and hold strategy is much better.

5. Don’t fall for scams or the “blockchain technology” mumbo jumbo. There are thousands of people in the cryptocurrency sphere who try to get people to invest in their business ideas and tokens. Don’t get sidetracked. You only want Bitcoin.

6. Bitcoin’s growth phase will likely last another 15 to 20 years. There is a good chance it will destroy several fiat currencies along the way. Nobody knows for sure how the market will react to its rise – it might become a large commodity like gold, or it might supplant government money and be used in day to day transactions. Bitcoin maximalists like Pierre Rochard theorize it may create a springboard from which speculative attacks can be launched against fiat currencies, wherein traders borrow fiat in order to buy BTC. This drives down the value of fiat, while driving up the price of BTC. The cycle continues until the fiat hyperinflates. A similar process was used by George Soros when he attacked the British Pound.

7. The high volatility of Bitcoin doesn’t matter. In fact, it’s a good thing. People who complain about the dramatic price swings lack teeth and can only eat applesauce. If you want stability in your investments, then you are in the extreme minority. Most people want to own things that go up in value, not sideways. While it’s true that Bitcoin crashes every so often, each crash lands at a far higher level than the previous crash, due to the massive influx of new people accumulating and hoarding the digital commodity in anticipation of the next bubble cycle. You can’t have a smooth, steady climb from zero to a multi-trillion dollar commodity. Markets just don’t work like that. There are manias and depressions along the way. The volatility is a symbol of life, vitality, youth. It attracts traders, which provide added liquidity to the market. It also generates headlines, which ensures Bitcoin will be in front of many more potential buyers. 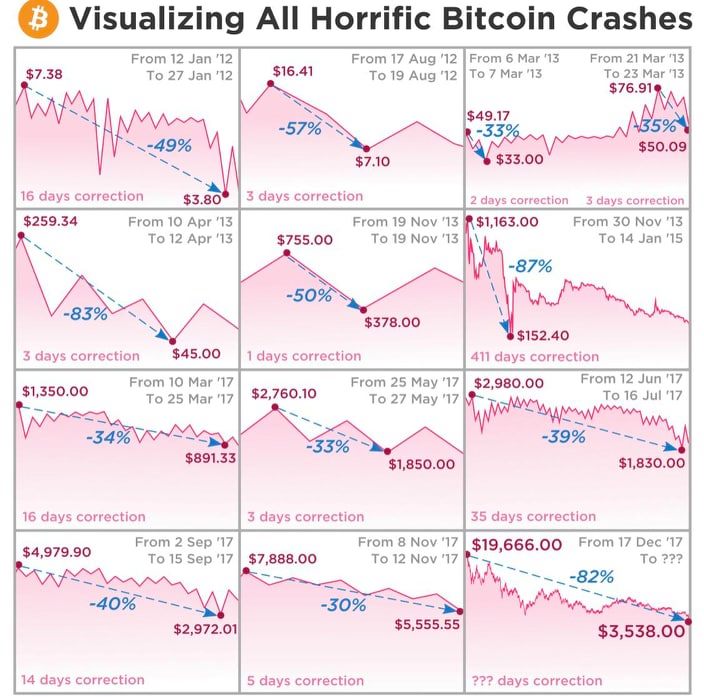 8. Bitcoin is a bet on globalism. That’s not to say it helps globalists, however. It severely limits their ability to track and control the flow of capital, which means sanctions and censorship become much harder. But if you are a nationalist, and you want to be well-hedged, it makes sense to own a commodity that facilitates global trade. Make the bad guys work for you.

9. Bitcoin is not totally anonymous (unless you jump through some hoops, and you’re technically savvy). So don’t expect full privacy.

10. It’s a store of value. This is the most important thing to understand. The key to Bitcoin’s success is simple: the 21 million coin limit. Forget about anonymity, the dark web, blockchain technology, etc. Those other things are secondary. For the first time in human history, we have a commodity with a mathematically limited supply and a predictable mining schedule. That makes it the best store of value that has ever been available to investors. I recommend the book The Bitcoin Standard by Saifedean Ammous [4] for a good explanation of the history of money and why Bitcoin is the best money-like token that has ever existed. Even gold has a higher rate of supply-increase than Bitcoin. When the value of gold climbs, miners are incentivized to dig up more of it. Thus, the rate of supply-increase climbs, which then tempers the price by flooding the market with more gold. This same effect can’t happen with Bitcoin. As the price of Bitcoin rises, the network adjusts mining difficulty higher to avoid flooding the market with extra coins. So the supply increase occurs exactly as scheduled. An analogous situation for gold would be if the metal magically buried itself deeper in the ground the higher its price went. And we somehow magically knew there were exactly 21 million kilograms of gold, no more or less. 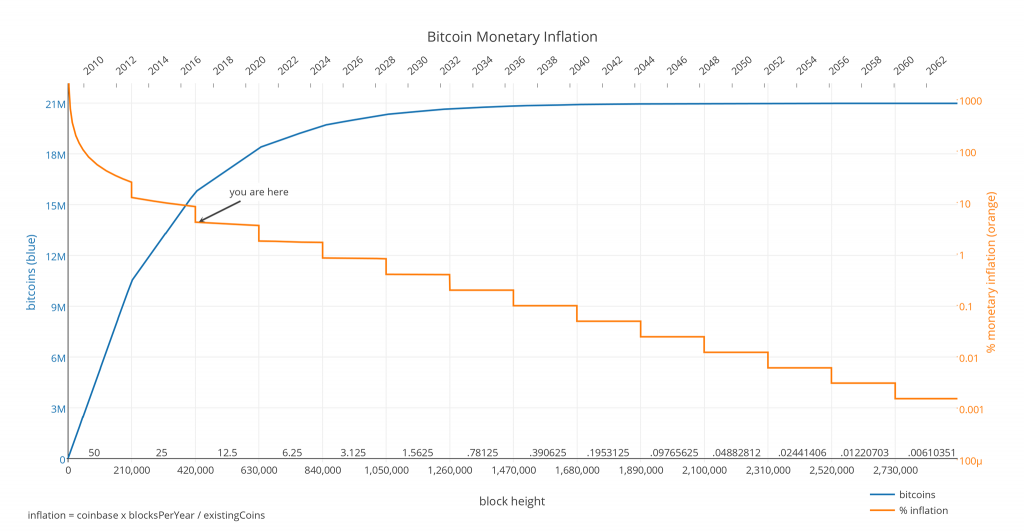 11. The Average Joe doesn’t need to own any Bitcoin for it to become extremely valuable. Average people are among the last to own any worthwhile investment. All it takes are a few billionaires and a couple hedge funds to bid up the price of Bitcoin into the stratosphere.

12. The Bitcoin network can only process around 7 transactions per second, compared to Visa and Mastercard which can process more than 10,000 transactions per second. But the rate of transactions and retail purchases don’t matter, for a couple of reasons. The first is that Bitcoin’s value comes from the fact it is impervious to inflation and censorship, not because you can buy Starbucks with it. The second is that the blockchain, while severely limited, is more than sufficient as a global “base layer” for settlements. Second layer solutions such as the Lightning network are currently being built that will make it possible to send and receive even more transactions than credit card companies can handle, and with greater privacy.

14. Not your keys? Not your coins. Don’t trust someone else to store your BTC for you. I recommend storing them on a Trezor, or learning how to create a secure offline wallet.

15. Have backups of your wallet. Hide them in various locations so you can have peace of mind that you’ll still have access to your money even if your house burns down.

16. Immediately after you buy BTC the price will fall. It’s like a law of nature, so just accept it. But when Bitcoin goes up, it tends to go up very quickly.

17. When you sell (in 10+ years), keep records and pay your taxes. The government already hates nationalists and white people, so don’t give them an excuse to harass you.

18. The bad guys are eventually going to want to own it. We are already starting to see some Wall Street players and Israeli businessmen pushing Bitcoin hard, trying to get their fellow tribesmen on board. There’s even a self-styled “Bitcoin Rabbi” on Twitter who has written a children’s book on the subject. Predictably it features a white girl with a black boy on the front cover. On the other hand, several prominent Jews have come out swinging against Bitcoin, including congressman Brad Sherman who recently said he wants to ban it because of its potential to overtake the dollar in global trade. Joseph Stiglitz, a Left-wing Jewish economist, just said “we should shut down the cryptocurrencies.” Nouriel Roubini called it “the mother and father of all bubbles.”

If governments could shut it down, they would have done so several years ago. Over time these people will come around and begin accumulating. Then they’ll start to publicly advocate for it. It’s inevitable. But before that happens, White Nationalists should already be well positioned. This is a race, and it would be a shame if we missed out on an opportunity to become financially independent (in more ways than one). Bitcoin offers us the opportunity to have money to start our own businesses, support each other, and speak our minds publicly without fear of being shut out of the economy. The first step in that journey is to start hoarding like Smaug.