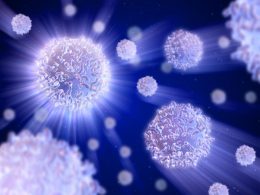 Every living thing seeks to reproduce itself. This is the Iron Rule that cannot be broken.

A feminist attempting to break the chains put upon her by society is not satisfied merely by not marrying or having children; she cannot help but attempt to corrupt the natural instincts of other young and beautiful women. Removed from biological reproduction, sublimating her nurturing instinct with fur babies, she reproduces in the only way available to her: feminism. She is a catlady, and her actions are transparently aimed towards creating more catladies.

Contrary to the cliché, many HIV-positive people are nothing more than their disease. California, a state ruled by flamboyant homosexuals, no longer classifies knowingly exposing others to HIV as a felony. What homosexuals do is not limited “to the privacy of the bedroom.” In the bedroom, homosexuals are incapable of reproducing themselves; thus arises the “pride” phenomenon that inverts all sexual mores and forces this inversion into the public space. A preponderance of flamboyant homosexuals were abused or molested as children, pointing again to non-generative reproduction.

The examples need not be pathological. Ostensibly, Buddhism is an attempt to break free from the cycle of death and rebirth, yet Siddhartha Gautama’s understandings are passed down from one generation to the next and are known to a great many people. Similarly, in contrast to the flamboyant type of today, so-called confirmed bachelors have contributed to civilization by reproducing the better part of themselves; take Tchaikovsky, who gave us his music, or Turing, whose name is synonymous with computing. The Iron Rule, which has risen now into the conscious mind, is itself alive as a meme.

What is true for organisms is also true for super-organisms. Tribes, nations, and races all seek to reproduce themselves. A healthy society, like a healthy body, has a variety of tissues commingled, all working together toward the same end. Naturally, with white blood cells, a body will reject foreign matter such as bacterial infections or incompatible transplant organs. And naturally, in racism, a nation rejects foreign peoples. And just as a doctor will prescribe immunosuppressant drugs to a patient undergoing an organ transplant, Western civilization’s ruling class suppresses racism whilst it grafts more and more foreign peoples onto the nations. The synchronicity between the HIV/AIDS epidemic and anti-racist egalitarianism is no mere coincidence.

The Iron Rule cannot be disobeyed. Just as diseases are often named after their Patient Zero, the whole world has gradually become Westernized. Man’s expansive instinct can be set against his own physical and spiritual limitations, but when it is set against Other Men, it can quickly become pathological if it goes unrestrained. Similarly, Woman’s receptive instinct can take in and build up what is brought to her by Man, or it can take in the expansion of Other Men, and thus doom her autonomy. The West, infected by false ideologies, spreads its infections to the far corners of the Earth under the guise of “democratization” and “development.”

But where is humanity in all this? What distinguishes Man from Fly – eating, rutting, and laying its eggs in shit? In modernity, it is very easy to take a pessimistic view and say there is nothing to distinguish Man as a Human. Though we cannot break the Iron Rule, we can choose what in ourselves we shall reproduce. Will we reproduce the noble, or the base? Do we will that what is worthy should survive, or do we will to resent it and let it be subsumed by the mundane? These are the questions of our age, and to answer them is to prove our humanity.