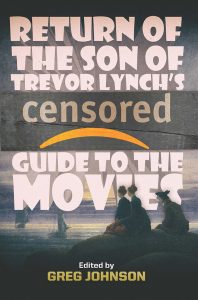 The big news is that on June 11th, Counter-Currents celebrated our ninth anniversary [2] of going online. We also launched our annual fundraiser [3]. In May we were deplatformed by our credit card processor, erasing all our vital monthly donations. Please renew today by scrolling down to the bottom of this page.

In terms of traffic, June was a strong month for Counter-Currents, the best month so far in 2019. Although our traffic dropped at the start of 2019 due entirely to new search engine stealth censorship, people are finding new ways to get to Counter-Currents, as they have done in the past. We added 63 pieces to our webzine, including five podcasts.

Unfortunately, in June our YouTube channel was terminated without warning or cause as part of YouTube’s increasingly totalitarian censorship drive. We were closing in on 8,500 subscribers. Eventually, we will put our archived podcasts and videos on Bitchute. But that takes time, and time is money. Did I mention we are doing a fundraiser?

We had backups of our videos, but of course all the comments and conversations that followed our videos — the collective work of hundreds of people over the years — are gone for good. It is not just our work being erased. It is not just our opinions being suppressed. The work, opinions, and personalities of all of our viewers, all of you, are under attack as well.

Although I always assumed my YouTube and Facebook accounts would be canceled, it is impossible not to invest a bit of yourself in them. I have lost countless photos, memes, and personal connections, as well as comments and conversations. It hurts a bit, which is why they do it to us.

We published one new book in June: Return of the Son of Trevor Lynch’s Censored Guide to the Movies [4]. Please go to Amazon.com and give it a positive review. Do the same for Greg Johnson, Toward a New Nationalism [5] — while you have the chance!

Our top 20 articles and full stats are below.

This month, we had two new writers in the Top 20: Benjamin Villaroel with his debut article and Hugo Adrian with his fourth piece for CC. The other top articles are by established writers. Quintilian had three; Richard Houck, Spencer Quinn, Nicholas Jeelvy, and Robert Hampton each had two; Travis LeBlanc (whose article went viral), Jef Costello, Trevor Lynch, Morris V. de Camp, F, Roger Devlin, Mitch Smith, and Collin Cleary each had one.

2. Our Readership and Web Traffic

3. How You Can Help Counter-Currents