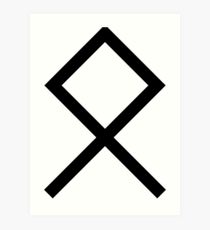 It’s abandoned, it’s been abandoned for
About half a century now. Once it
Was impressive — vaulted ceilings, tall
Windows surrounded by a polished floor
Of marble, an art deco lobby . . . Bit
By bit, though, it all fell apart. Wall

Paper peeled, and where it peeled, graffiti
Came instead. Needles litter the curving
Staircases, the front desk is shattered, glass
And god knows what lay everywhere you see —
The dumbwaiter still works, disturbing
Weirdness of luck. Or maybe it’s there as

A sign, a message sent from the far shore
Of fate itself, warning us that nothing
Has a reason — the dumbwaiter goes down
And up — but the hotel has no front door
Anymore. Non-paying guests are tearing
The place apart. They bleed sigils that brown

And drip along the ballroom where other
People used to dance, once upon an age
Ago. Junk magic can’t save this, can’t turn
Back the foulness that rots away culture.
This was lovely once. The neighborhood changed.
It’s ruined. Done. Knock it down. Let it burn.

The Wolf Hunts are Over

Search carefully for the moss blurred rib bones,
The tumbled vertebrae that no longer
Lay in line. No graveyard, just grass, just stones,
Just paleness in brown shadows that linger

Ever so slightly to catch the eye of
Those who might come here looking deep enough.

More tragic. The full moon spills across their
Quiet bones, but they’re past changing or care.

Wolfsangles and wolfsbane, silver bullets
And hangings all come to this: martyrs’ shanks
On forest floors. We come each year, regret
Their loss and leave offerings, to say thanks.

A slightly different version appeared previously in An Anthology of Poems from the Red Salon [2] (Red Salon Press, 2018)

Someone worked old magic in these trees. Spoke
Galdr in our ancient tongue. Drew back our
Spirit from the ground like strong sap rising
Into the hearts of birch, the souls of oak.
We were forsaken once but now the hour
To be reborn is here. Berkana. Ing.

Othala. Our time re-comes. Again. We
Feel the throb. Drumming. Bringing what must be

Into being. Quicker now and ever
Stronger, soon we emerge once more to take
On form. We have been shadows far too long,
Almost forgotten, almost denied. Blurred
To myth. Named devils. Our return will make
Old ways renewed again. And double strong.