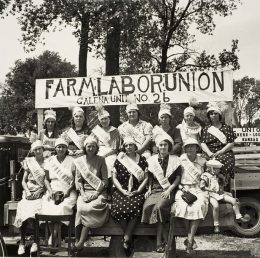 Darryl Cooper: What about people like the woman you knew? I guess that’s a question a lot of people have. In fact, a friend of mine here in Orange County is half-Japanese and half-Jewish, but outside of that fact, he would fit perfectly on the Alt Right. He sounds like you without the White Nationalist part. In the society that you envision . . . I guess you sort of answered this question earlier. You don’t want to throw that guy out. You want to control immigration, and then just slowly, over the course of a generation or two, have the demographics change, right?

Greg Johnson: You have your amiable Asian friends. A lot of White Nationalists have amiable Asian friends. You don’t want to be mean to these people, but at the same time, we don’t want to continue down a road where our people have no future. There’s no danger of Asians becoming extinct. They exist in vast numbers. They have their own sovereign homelands. Yet at the same time, there’s a grave danger that whites will go extinct [4]. I know it sounds catastrophic and alarmist, but it’s actually very simple math. Every year, more of us die than are being born, and if that doesn’t change, there will be none of us eventually.

One of the ways that we don’t reproduce ourselves is by miscegenation. Race-mixers reproduce, but they don’t reproduce our race because they marry out. People who are conservative find Asians very tempting because of their brightness, their orderliness, and their capacity to create high civilizations and appreciate our own. We need to have barriers to that. Over a few generations, if we erect those kinds of barriers, it will cease to be an issue. That’s really all I have to say about that. I’m not one of these people who faps and drools to race war propaganda scenarios and that kind of nonsense. I just think that’s unnecessary, and it’s gross. Our aim is to prevent racial conflict, not encourage it.

DC: It’s usually fake. I’ve met some of those people. If I put them in a room with a gun and a black person and said, “Do your thing,” they would not do it. It’s LARPing a lot of the time. They like the thrill of verbal taboo-breaking, shocking people, being that guy. I don’t really have a lot of patience with them. That’s why I’m talking to you as opposed to maybe somebody else.

GJ: I wrote this piece called “Tough Talk from a Hard Man (On the Internet) [5].” A lot of these people are just tough talkers, posturing as hard men on the Internet. I’m sorry, but we have to take it off the Internet. We have to be real. We have to think about solutions that are sensible, moral, decent, and fair. There’s nothing fairer than allowing every people to have a land of its own.

DC: If the Alt Right continues to grow in power on the American Right, we’re probably going to have to ditch the word “conservative” and bring back “reactionary,” because the way you phrase it, it’s a defensive response to something that you see happening, and a line needs to be drawn.

DC: It’s not an attack. It’s a defensive position, in a way.

GJ: Yeah. But I don’t like the idea of being called a reactionary or being a reactionary. Yes, it’s a reaction. It’s self-defense. But reactionary has a connotation of cranks who don’t want to use computers. They want to use quill pens. People who not only LARP, but LARP as seventeenth-century Puritans.

DC: I’ve seen some of them going on about America needing to be a Catholic country. I’m like, what are you talking about? Are we on the same planet? It might happen if we continue our immigration from the south. That’s making us more Catholic. But that’s the only way it’s happening.

GJ: Yeah, exactly. I get a good chuckle out of that kind of stuff. Actually, I don’t think of myself as a reactionary at all. I think my policies, to be honest, are closer to the Progressive Movement of the earlier twentieth century than to anything that’s reactionary. They believed in eugenics. They believed in nature preservation. They passed immigration restriction. A lot of them were influenced by Darwinism. That’s all good.

A lot of these people recognized that the things that made America great are not captured by thin concepts like liberalism and democracy. The things that made America great at the end of the nineteenth and the beginning of the twentieth centuries were ethnically specific. They were connected with the ethnic, genetic interests of northern Europeans, and they wanted to preserve that. That’s me, up one side and down the other. That’s how I feel about politics. They also believed in regulating capitalism to serve the common good. I believe that, too. So in some ways, I’m a throwback to the Progressive Movement.

I like Guillaume Faye’s book Archeofuturism because he is progressive in some ways—he believes in technology and progress in those senses—but he realizes that these things need to be infused by a return of archaic values, meaning pre-liberal, pre-modern values. What that means aside from, say, healthy attitudes about the differences between the sexes, are classical aristocratic values, pre-bourgeois values. I think that’s absolutely right.

I wrote a piece about Frank Herbert’s Dune [6] as a kind of archeofuturist science fiction novel. Herbert was thinking about what form of society is consistent with mankind rising to the stars and colonizing the galaxy, and he concluded very rapidly it wasn’t going to be liberal democracy. It had to be an aristocratic society with immensely long time horizons, so he modeled it on medieval European society, where holy orders and dynasties and aristocratic families thought far into the future. They had enormous time horizons, as opposed to today, when corporations think about the next quarter, and politicians think about the next election, and all serious problems are just kicked down the road to somebody else. That’s no way to go to the stars.

DC: I think a lot of the people who are new arrivals to the Alt Right, and even just Trump voters, are former conservatives and/or libertarians. I was a libertarian, and you get to the point where you realize that it wasn’t the Civil War or 1776 or any of those that were really our finest hour. I think I’ve heard you say  that the American labor movement in a lot of ways was our finest hour. And as a libertarian, you vomit when you hear that, but . . .

GJ: I know. But there’s so much truth to that. My view about labor unions is basically this: In a badly ordered society, where you don’t have a wise leadership that’s looking out for the common good, labor unions are the best way of moving accidentally, through negotiation and clashes between different interest groups, toward a good society. First of all, we need constant pressure towards technological progress, and that means keeping labor costs high. That’s the way that we avoid the plantation economy, which is the evilest form of Anglo-Saxon capitalism. And that’s what globalization is producing today: a global plantation economy. We need the pressure towards technological progress.

DC: I was very happy to hear Peter Thiel alluded to that.

GJ: Yes, he sees that, very clearly. The other thing that the labor movement does is make sure that the productivity gains of technological progress go to the working and middle classes. We do not want the wealth generated by all these technological productivity gains to just be hoarded by some vastly wealthy people, because that creates a dangerously unrepublican form of government.

DC: And then they would get their heads cut off.

GJ: Yeah. Perhaps they think that when the workers die off, they can create machines that will pay them to consume the products of other machines. It’s a totally ludicrous vision of things, but it is what we get when we lose track of the fact that the only purpose of the economy is to enable humans to live well.

How do we get to the Star Trek economy or The Jetsons economy? An economy where productivity gains are cashed out, not in terms of increased consumption, because we live on a finite planet. So it has to be cashed out in terms of increased leisure. Until we’re working one hour a week, or something like that, and all living at comfortable Western middle-class standards. What do you do with the rest of your time? Explore the cosmos, improve recipes, plant gardens, raise kids, strum guitars, whatever. That’s what I would like to see happen. And I think that the clash between labor and capital was pushing things in that direction in America before globalization, when we opened up the borders to in-sourcing the Third World and shipping factories to the Third World. That’s pushing us in the direction of a global plantation economy. It has taken the mainspring out of the forces driving us towards constant technological improvement. Except technological improvement in computing. Computers make us more productive, but they are also ways that we amuse ourselves in a declining society. Let’s just be honest about that.

We need to stop the slide toward the global plantation economy. We need to return to a high-wage, high-tech economy that produces a broad middle class and evolves eventually into a society where everybody’s basically out of work, because machines produce everything at virtually no expense. But instead of being starving unemployed workers, we will all be collecting dividends instead, basically because everyone will be part of the capitalist class. This is how we get to the post-scarcity utopia that utopian socialists were babbling about in the nineteenth century. That can actually happen.

I’d like to see that kind of Star Trek world. The economic theory that can lead us there is called Social Credit. I explain it in the essay “Money for Nothing,” which is in my book, Truth, Justice, and a Nice White Country [8]. I’m sure there are friends of yours who are gasping at that title. I hope so.

Social Credit, before it was cast down the memory hole, was the preferred economic theory of Anglophone fascists from Canada and the United States and England all the way to Australia and New Zealand. It was a huge thing before it disappeared after World War II. There’s a whole undiscovered continent of Right-wing critics of unregulated capitalism out there.