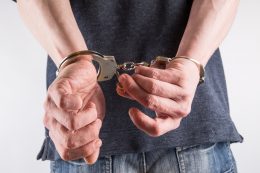 Our goal this year is to raise $100,000 in order to expand our efforts to build a metapolitical vanguard for White Nationalism. So far, we have received 393 donations totaling $56,422.79. We set our goals high because the task we have before us is formidable, but with your help, we will succeed. Even after being cut off from two different credit card processors this year, we have managed to raise more than half of the total amount in under three months. We want to thank everyone who has supported us so far. Please note that, after a brief interruption, we are now again able to receive recurring donations and donations from credit cards outside the US.

A society that gets rid of all its troublemakers goes downhill.

We are dissidents. Our thoughts are banned. Our words are purged. The evidence we offer in defense of our beliefs is trivialized as conspiracy theory. We are heretics against the New World Order. We are transgressors merely because we want borders. We are reactionaries because we demand law and order. We are haters because we desire homogeneous homelands where our governments are no longer in the hands of alien powers.

As I drive down through the Wicklow Gap towards Glendalough, to pay homage to the man who authored Imperium — without notes — while watching the grey waves lick the cold sand of Brittas Bay, I know I have a duty to myself, my family, and my people to throw off the thralldom that is being slowly imposed upon us with each and every passing day.

I swear I can almost see the camp gates open and hear the whirring blades of mysterious black helicopters overhead. Big Tech seeks to control our lives and pervert our minds. The mainstream media conjures convenient truths from blatant lies, and cameras monitor every move in our daily lives. Mercantilist banks create wealth and poverty at the flick of a switch. Traditional values are being swept aside. So, fight we must, against the carcinogenic corruption of multicultural modernity and its virulent agents, who are pushing for race replacement with such fervor and energy. The global corporations and their color-blind shareholders seeking cheap labor see us only as disposable commodities rather than as real communities with age-old traditions and lineage.

This is why I give of my time, my money, and my talents, such as they are, to Counter-Currents, for it is a brave venture, a key weapon in a noble cause, and the vanguard in a culture war, trying to awaken those still sleeping before it is too late — because the pen is always mightier than the sword. If you value the work that we do here, please help us to guarantee its future in any way you can.