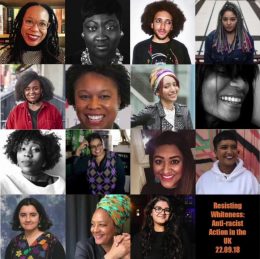 — The Worcester Manuscript of the Anglo-Saxon Chronicle

Unlike the unflinching Housecarls who encircled their dying King on Senlac Hill, and the stern and silent Silverati guerilla warriors who flocked to Hereward the Wake in the Fens to oppose William the Bastard’s seizure of their Anglo-Saxon realm, the spineless academics who deign to describe themselves as experts in the Anglo-Saxon period of history have fled the cultural battlefield in what can only be described as an act of abject surrender.

What’s in a name, you might say? Quite a lot, actually, and that is why I was utterly dismayed to receive the following communique from the International Society of Anglo-Saxonists (ISAS):

Thanks to the 434 of you who voted. With 582 current active members, that is a turnout of almost 75%. Here are the results.

Question 1: Should we amend Article 6 by adding the word ‘demographic’?

This amends Article 6 of the constitution, a vote that required a 25% turnout (= 145.5) and a simple majority. Article 6 will now read: “For each vacancy, the Executive Committee and Advisory Board shall nominate two candidates, taking into consideration the need for balanced demographic, disciplinary and geographical representation on the Board.” This change will allow us to better represent our membership and ensure a voice for underrepresented colleagues in our governance. However, I am of the opinion that Article 6 needs further emendation, before the next election, to avoid repeating the problems of the past.

There will of course follow a process for suggesting, discussing, and selecting a new name.

Both questions had passed with quorum within 24 hours. Clearly, you were ready for this decision. Over the course of the week, the ratio of yes to no votes remained fairly consistent (ie, 2:1 for the name change and a landslide for demographic representation). The message to the board is clear.

In my email update of Sept. 12, I mentioned that I was receiving many requests from people wishing to “join in order to vote.” I misspoke, and I apologize. What I meant is that folks were struggling to log into the membership database, there were numerous requests for email and password changes, members were paying dues, etc. I mentioned this because I have been receiving an exceptional volume of email and asked your patience, and because I do think it important to note how many ISAS members, at all stages of the profession, made an effort to vote. A grand total of two new members did manage to slip through the cracks and vote.

Over the last week, I have received eight individual requests to change one’s vote (not counting chatter on the listserv about doing this). I have changed no votes in order to avoid charges of tampering with the results. I also hope that everyone involved in the listserv discussion has reflected on the fact that Adam Miyashiro raised many of these issues two years ago, and then spelled them out for us in a plenary talk at the conference this summer. And yet, for some it took hearing the same message both from white scholars and in the right tone of voice to make it stick.

The members of the advisory board now wish to convey our apologies and our gratitude in the following statement:

We are writing to you with a heartfelt apology for all the hurt that our inaction and lack of transparency have caused and perpetuated.

To Mary Rambaran-Olm, we thank you for your many contributions to ISAS during your time in office, and we are sorry that it took your resignation to light a proverbial fire under the board. We have not been as quick to respond to criticism in the past as we could have been. We now commit to do better.

We apologize to our colleagues of color who have experienced the name of our society as just one of many microagressions they have faced in academia. We were unable to hold a vote on the name change at the meeting in New Mexico because we felt it was important to have quorum on this referendum. At the same time, we made you wait too long for change.

We are sorry that so many of our colleagues have felt marginalized and unwelcome within ISAS, including early career researchers. We are also saddened that so many members who represent the future of the field have resigned from the organization. We cannot move forward without you and hope to regain your trust. Along with the name change referendum this week, we also held a vote on whether to amend the constitution in hopes that before the next election, we can better represent our membership and ensure a voice for underrepresented colleagues in our governance.

We also apologize to victims of harassment who have felt unsafe within ISAS. Our committee is working hard to prepare a policy on sexual harassment.

Mary’s resignation has raised difficult questions that will require a longer process of self-reckoning and evaluation on the part of the Society. While we have already been working toward resolving some of these issues, clearly much more needs to be done. The board pledges to effect changes to the way the Society is run, and to be more responsive and open in its interaction with members. We are grateful for your support.

With that, I resign as your Executive Director.

As Second Vice President of ISAS, Mary Rambaran-Olm indulged so-called researchers by allowing papers with titles like “Myth-making the ‘Anglo-Saxon’: Settler Colonialism, White Supremacy, and Medieval Heritage Politics,” which was by one Adam Miyashiro, an Associate Professor of English at Stockton University, and subjected conference attendees to lecturers such as Leslie Spier, Distinguished Professor of Archaeology at the University of New Mexico, who waxed lyrically about “The Middle Ages in New Mexico: A Perspective from Chaco Canyon.” Having mistakenly appointed a non-entity like this was insufficient for some people, and thus the Society has agreed to change their name.

This was all because Rambaran-Olm – who describes herself as an active member of the Medievalists of Color organization, which seeks to mentor, foster individual and academic growth, and encourage diversity in the field of Medieval Studies – believes her chosen subject “has always had problems, not unlike any other field . . . we seem to be one of the least equipped and slow to move ourselves into the twenty-first century with regard to tackling racism, sexism, inclusiveness, representation.” In comments she addressed to Inside Higher Ed and in her own writing, she pontificated that her discipline is rife with elitism, bullying, and discrimination, and that graduate students and early-career researchers in particular either suffer it or leave. This independent scholar went on to say in an e-mail about ISAS that “[t]here was no way we were going to be able to ‘fix’ the multitude of problems in the field, but as the field’s largest organization we should have moved more quickly to address the glaring issues which might then send a message to the field and more importantly to victims who we owe this to.” Rambaran-Olm claimed that there are some examples of members of ethnic, religious, or sexual minorities succeeding in Anglo-Saxon studies, “but very often they fit the mold and it is often the case that these individuals are ‘allowed’ in by gatekeepers.”

This was said by a supposed “academic” whose own research interests include Race and Critical Race Studies in Anglo-Saxon Studies in the Post-Colonial Caribbean, and has or is writing monographs such as Race in Early Medieval England, which “aims to enhance our understanding of race, ‘othering’ and their relationship to various religious groups spanning the entirety of the Early Medieval period in England,” and Straight Outta Context: Race and Periodization in Early Medieval England, which articulates Rambaran-Olm’s view that Early English Studies (formerly Anglo-Saxon Studies) “is both founded on and operates within the parameters of white supremacy.”

Her resignation from ISAS was quickly supported by Irina Dumitrescu, a Professor of English and Medieval Studies at the University of Bonn, who also publicly resigned from ISAS’s advisory board. Dumitrescu’s resignation letter accusing the society of refusing “to deal with certain pressing issues (such as greater inclusion in governance, protections of sexual predators and abusers, lack of clear complaint policy), and slowness in others.” Along with Joshua Eyler, a medievalist who is currently the Director of Faculty Development at the University of Mississippi, she insisted, “We must listen to the loud calls coming from many angles by medievalists of color, LGBT scholars, early-career scholars and more.” These opinions are no doubt shared by Ayanna Thompson, the Director of the statewide Arizona Center for Medieval and Renaissance Studies and a member of the RaceB4Race executive committee, who is naturally sympathetic to “pre-modern scholars of color working on issues of race in pre-modern literature, history and culture.”

These are people whose views have been contributing to the contemptuously simplistic mindset propagated by some agitators who claim that the very term “Anglo-Saxonist” is “problematic.” In a statement, ISAS’ advisory board said of the proposed name change that “[i]t has sometimes been used outside the field to describe those holding repugnant and racist views, and has contributed to a lack of diversity among those working on early medieval England and its intellectual and literary culture.” This view has only been tepidly countered by Richard Utz, Chair of the School of Literature, Media, and Communication at the Georgia Institute of Technology, who responded to Inside Higher Ed by stating that he supports diversity, but rejected “the dotted line the letter of concern insinuates between the faculty of the Medieval Institute, on the one hand, and the racist neo-Nazis marching in Charlottesville, Va., on the other.” No doubt Rambaran-Olm and her cohorts of orc look-a-likes consider the giants of Anglo-Saxon studies, such as Sir Frank Merry Stenton, who penned his magnum opus Anglo-Saxon England (1943); J. R. R. Tolkien, with his groundbreaking interpretation of Beowulf entitled The Monsters and the Critics (1936); and Sir Frank Barlow’s classic biography Edward the Confessor (1970) to be the equivalent of card-carrying members of the Nazi Party.

This happened to coincide with a student event at the University of Edinburgh which was organized by the Resisting Whiteness “collective” – that describes itself as a queer, trans, and people of color organization – which formally restricted the right of white students to speak. This should give us all pause for thought about our future, most especially in light of Lenin’s saying, “Give me four years to teach the children and the seed I have sown will never be uprooted,” as well as Stalin’s: “Education is a weapon whose effects depend on who holds it in his hands and at whom it is aimed.”