This time of year, when autumn fades into winter, has been particularly evocative to me ever since I was a child. Of course, “the holiday season” has a special meaning for many people, and their reasons are probably for the most part quite similar to mine. There is a shared seasonal nostalgia for the cold autumn air, the brilliant foliage, Jack-o’-lanterns and Christmas trees, eggnog and pumpkin pie and sugar cookies, Halloween costumes and Thanksgiving dinners and Christmas mornings. These are the warm remembrances, recalled and built upon every year, that make the season so magical those who are susceptible to its charms. It is a season of family and childhood and warmth.

Aside from these nostalgic and sentimental associations, there is undeniably a more spiritual dimension to this season, which goes further in explaining its uniquely evocative nature. As an exercise in self-indulgence – perhaps to see if there is anyone else who shares my feeling – and as an ode to the season itself, I will share what this time of year means to me.

Though I have several pleasant and meaningful memories of summer, particularly the summers of my childhood, it has always overstayed its welcome. The oppressive heat and aimlessness of those languid summer days eventually become stultifying. Summer has always been associated with a certain listlessness on my part, as though I were waiting for something, some sign to begin my work again.

With the coming of the fall, that changes. The cold air sharpens senses dulled by the summer heat, and I feel more awake and alert than I have in months. Children begin school again, which – whatever its objective merits – at least restores a sense of discipline and order in their lives. We begin preparing for the festivities to come, cleaning and decorating our homes, planning family gatherings, attending seasonal events and services. The general feeling of good cheer and excitement is palpable, though among the adult participants it is often mingled with anxiety and fatigue.

The season typically begins with the autumn equinox and the lead-up to Halloween. As Halloween approaches, people often like to watch scary movies. While these can have a salutary effect as a kind of memento mori when viewed in the right spirit, I find most contemporary horror films distasteful and lacking any redeeming value. So with the exception of particularly atmospheric supernatural tales (Dr. Caligari, Let the Right One In, The Witch, or cosmic horror like Alien), I tend to read Gothic literature to get in the right mindset. My personal favorites include the stories of Edgar Allen Poe, Byron’s Manfred, and some of Hawthorne’s tales. The stories of H. P. Lovecraft have had a marked effect, for better or worse, on my worldview, and are required reading during the Halloween season. My favorite work by Lovecraft, combining his antiquarian love for old New England, his fascination with genealogy and diseased bloodlines, and his presentment of tentacled eldritch abominations lurking beyond our ken, is The Case of Charles Dexter Ward [2].

The otherworldly (and afterworldly) atmosphere of Halloween, therefore, serves in some ways to banish the languid animal nature of summer and make us more susceptible to the transmundane. After the efflorescence of summer, fall is a season in which the reality of death is most apparent to us: Houses are decorated with headstones, skulls, and ghosts, and the leaves turn red and gold before fading away. Samhain was regarded as the new year by the Celts, as it was a time when the world went dormant in preparation for the rebirth of spring. It was, appropriately, a period of remembrance for the dead in ancient Christendom: All Hallows’ Eve is immediately followed by All Saints Day and All Souls Day, when we visit the graves of our loved ones, pray for the souls of the departed, and set offerings for them at our tables. 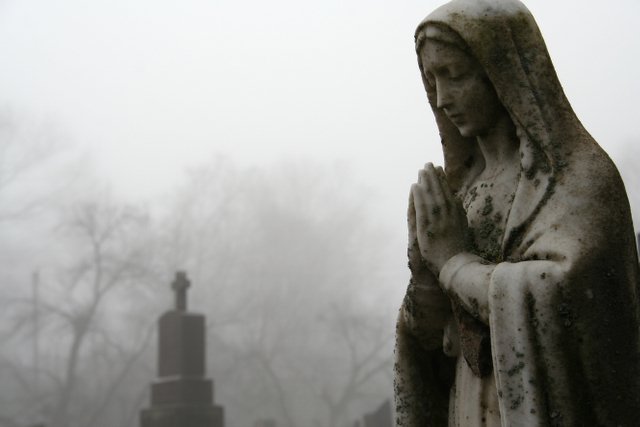 Throughout the month of October, we therefore become more susceptible to higher realities. This feeling continues to develop throughout the month of November, as the air grows colder, which tends to dispel summer doldrums and invigorate our higher faculties. Due perhaps to its associations with autumnal New England, I find myself reading a lot of Emerson and Thoreau during this season, as well as their German Idealist and Romantic antecedents. These figures combined a veneration of God and love of nature with an attempt to overcome the mechanistic philosophy of the modern age. They teach us that there is a divinity and sublimity beyond the mundane, and that the human soul possesses a spark of this divine. These are the writers for crisp autumn mornings when the sun glistens off the red and yellow leaves, those mornings of infinite possibility and sublime beauty.

Just before the Christmas season begins, we have the American feast of Thanksgiving, which – once shorn of its many materialistic and gluttonous elements – represents an ancestral festival giving thanks to God and recognizing the ties that bind us to our forebears and descendants. 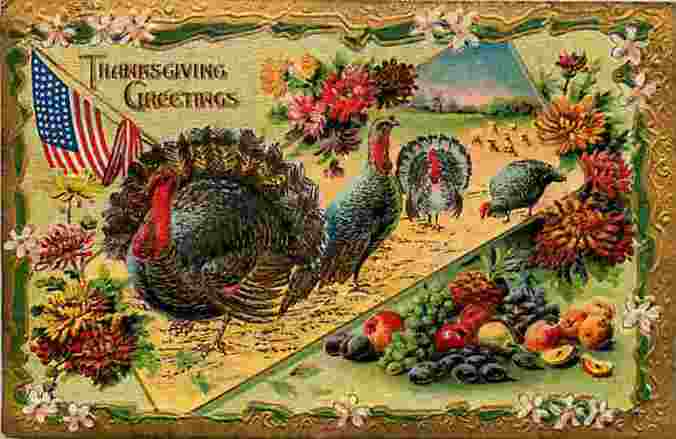 The mind thus prepared, we ascend to the season of Advent. On the one hand, the midwinter is a time when the earth is still, dormant, silent. Advent represents a time of spiritual preparation for the birth of Christ within us. I generally spend more time in prayer and meditation, and taking walks through the woods at twilight has always been a favored pastime during this season. I try to make time to read the Gospels as well as a few favored works of mysticism, which I find myself returning to year after year: the sermons of Meister Eckhart, the German Theology, the Imitation of Christ. I apply a little more discipline to the correction of my faults and attempt with renewed commitment to live in the noble manner to which we are called.

These steps towards inner purification and attempt to live on a higher plane, in combination with the invigorating cold, also makes me inclined to a more austere, Spartan form of living during the colder months. It is a season of vigorous outdoor exercise, asceticism, cold baths, the martial virtues. This part of the year is a time of interiority, of purification, of focusing on the essentials. It is a time for our old self to die and our new self to be reborn.

However, in addition to its associations with purification and solemn interiority, Yuletide is also a period of festivity and good cheer. The Yule log, the bonfire, the Christmas tree, all represent light in the darkness of midwinter, life arising from death, the overcoming of death and sin, our rebirth into beauty and holiness through Christ. The predominant sense of goodwill and charity, brotherhood and childhood innocence, that arises during this time seems to contain what is best in mankind. In the Christmas season there is mingled nostalgia and melancholy and joy.

This is a season of transcendence and purity, of romanticism and memory, of mystery and faith, of beauty and sublimity. Every year, even in the midst of adult life and its unceasing anxieties and indignities, I attempt to join with my children in appreciating the wonder of this season – its magic reminding me of the nobility which we once possessed, and which we are called upon to regain.