Ethnonationalists, identitarians, politically incorrect people, and those who used to identify as such or who study them have a distinct fashion sense. These are the most common things I’ve seen among them. 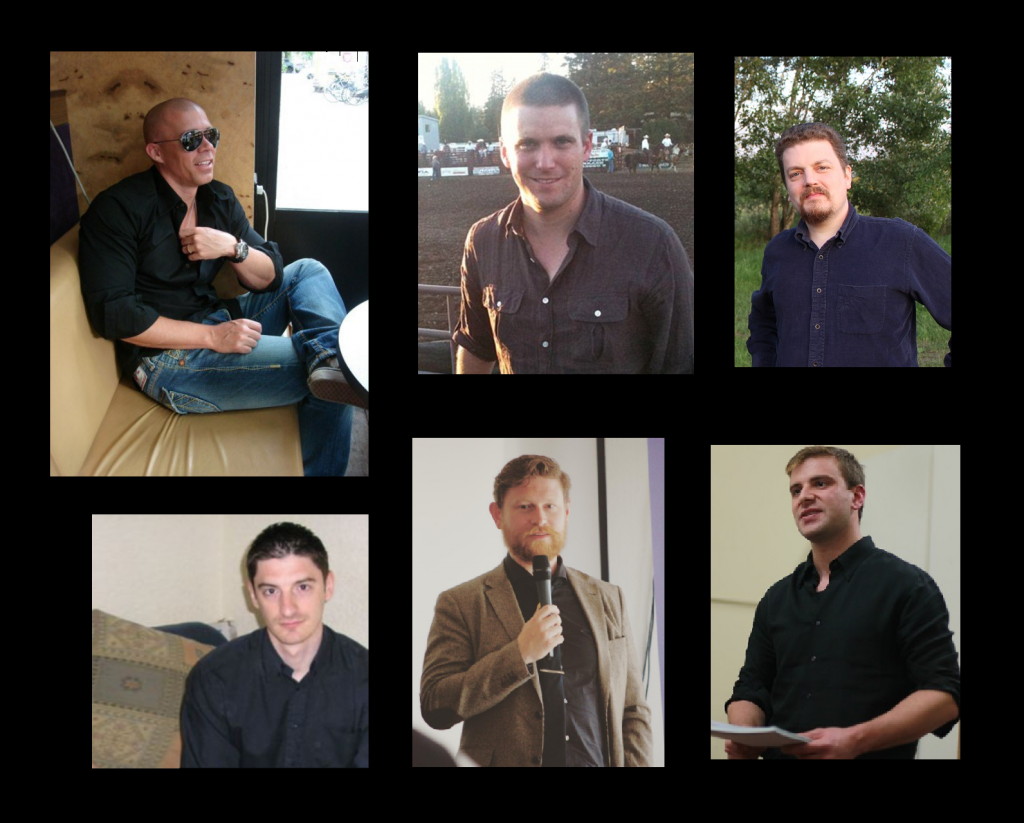 Black is the color of the bad boy. In the animal kingdom, more aggressive creatures are often dark. Most people say blue is their favorite color, but more men say [26] they like black (9%) than women (6%). Furthermore, people say [27] black inspires confidence more than any other color, and in a survey women preferred the color black on men (66%) more than men preferred it on women (38%). It’s clear that within a Western context, black is seen as an aggressive, male color.

This may be a universal thing. Darker races have higher testosterone and are more aggressive, and men – even white men – typically have darker skin than white women. It’s logical that a guy who wants to stand up for his group is more aggressive than one who doesn’t.

Meanwhile, more men prefer red on women than vice versa. It makes sense because female primates, from whom humans descend, experience reddened hindquarters when in estrus, so the color may be associated subconsciously with female sexual receptivity. However, wrestlers who wear red win [28] 55% of their bouts, so we’d expect the dominant, victorious Chad to wear red. Chad is the same color as estrus. Colors are complicated. In one context they can mean one thing, and in another context they can mean something totally different. But one thing is certain: White-friendly people are not yet victors. They cannot even have their version of the NAACP without other whites firing them at the behest of Jews. White Nationalists are fighting to change that. They choose black to project confidence and withstand the onslaught of psychological warfare.

The MAGA hat is red, and seemed to help Trump win.

The checked or plaid shirt under a coat which is usually brown seems to be common. Baby boys like patterns, and baby girls like faces. If our movement has masculine-minded men, then they’d like patterns. Also, a brown or tweed coat is a traditional look. The vest and pea coat are as well. Combining renegade confidence with traditional styles is a common theme in their dress.

Revived tradition, strong affiliation with one’s gender, and projection of confidence are part of men’s fashion. The same holds true for women. 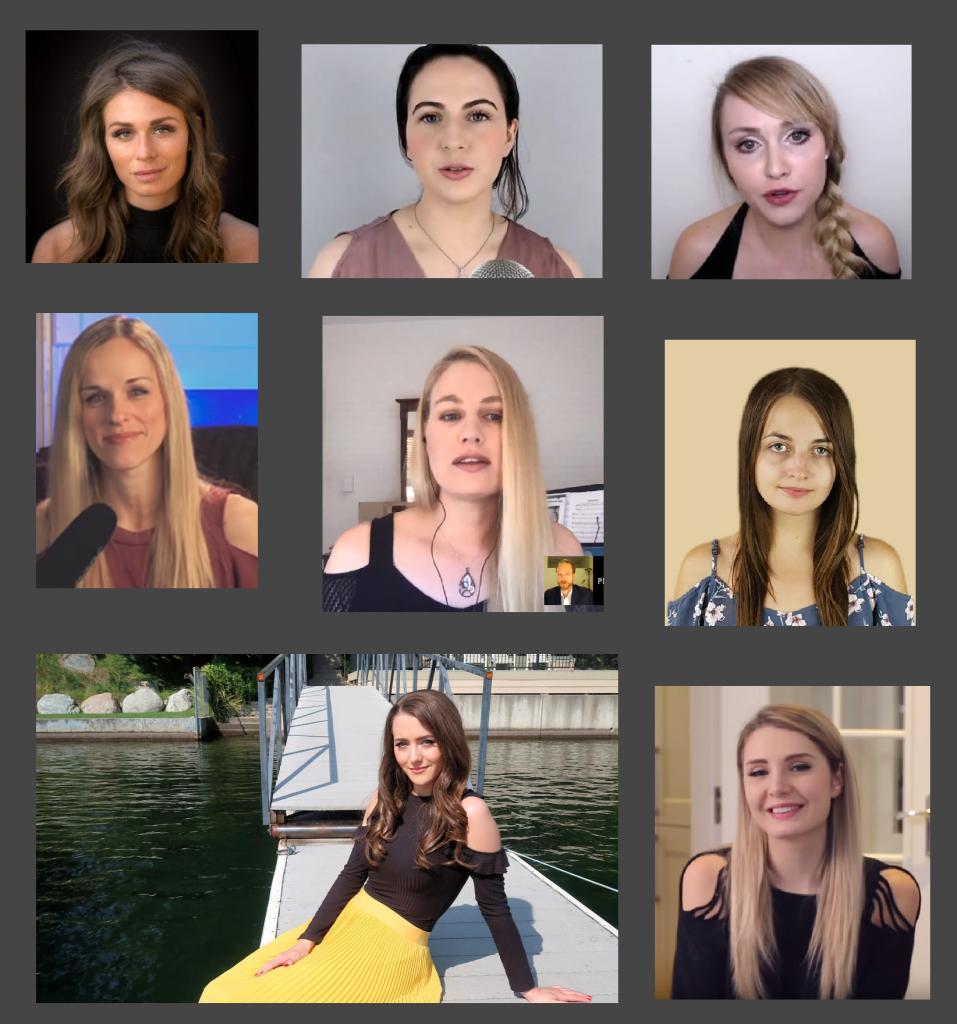 The cold shoulder style became popular in 2016-2017 [50] when many white-friendly women started making YouTube videos. Supposedly, in the 1970s and 1980s feminists used the opposite fashion, padded shoulders, to look more physically imposing and display power. The cold shoulder look, on the other hand, hearkens back to “off-shoulder” – the dresses popular in the pre-feminist early nineteenth century.

The use of flowery designs suggests a fashion sense derived from a culture that values decorating clothing with stitching and embroidery rather than color dye. We would expect this to develop in an ancestral environment with sparse vegetation, where few plants were available to make color dyes. This may have been an Ice Age steppe or the steppes of the Indo-European homeland in southwestern Russia.

Finally, white-friendly women often wear black. This color is most associated with confidence, and they’ve got to be very confident to withstand (((societal pressure))) and stand up for their people.

Let’s look at hairstyles for men.

Men’s hairstyles are usually conventional, but the younger men sometimes have an undercut, which has been labeled an “Alt Right” hairdo: The hair is long on the top and very short on the sides. The main character on the History Channel’s Vikings wears one, and he seems to have been an inspiration for at least a few. Indeed, Henrik Palmgren, who has or had an undercut, used Vikings’ intro music, “If I Had a Heart,” as bumper music for a podcast. Indeed, the connection seems likely.

The opposite of their hair are the black styles: the afro, dreadlocks, and cornrows. A young Justin Trudeau’s mop hair [51] is also different. It accentuates hair at the sides rather than on top. Then again, many whites in the medieval period sported a bowl cut. Mop hair is acceptable, but not bowl cuts. 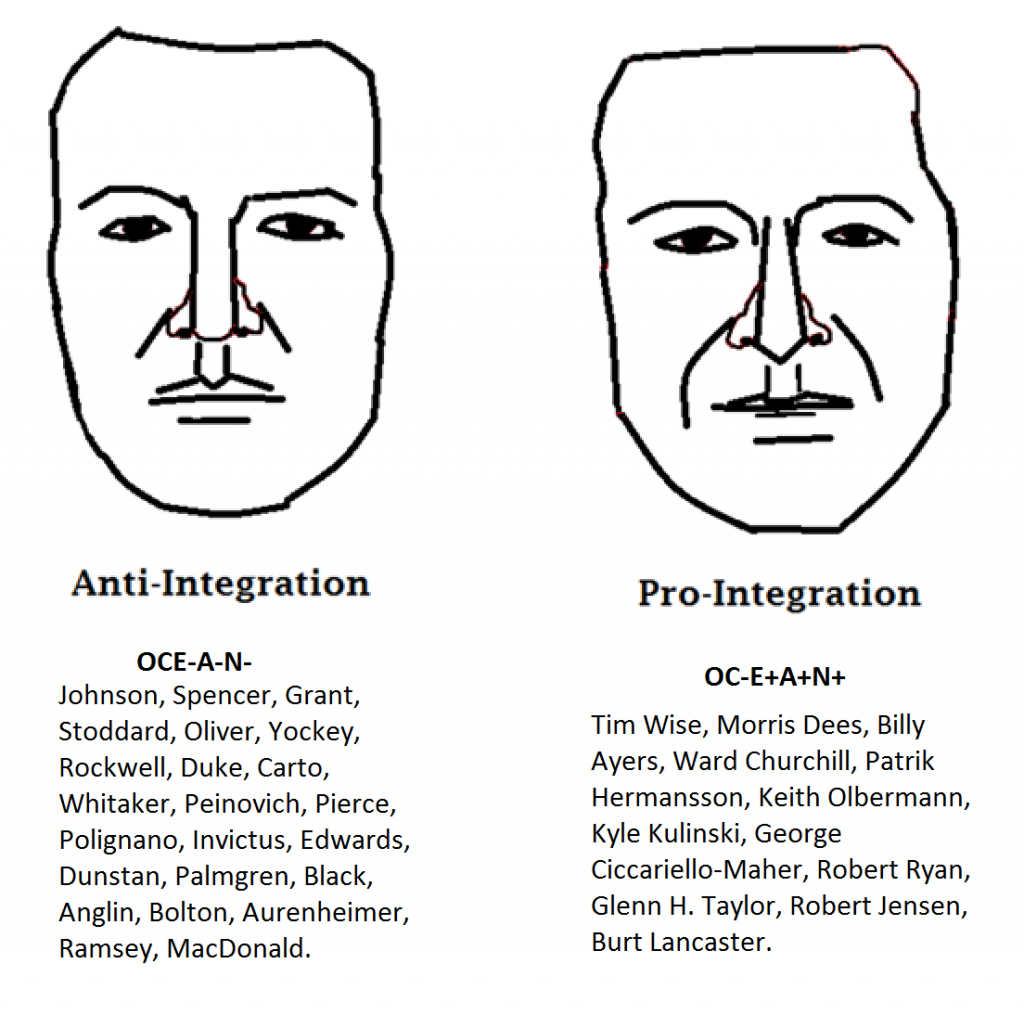 The braided hair is what I like best. It’s traditional and comes from a culture that values weaving. Weaving was an important concept in Indo-European society; the concept of Wyrd held that one’s deeds were woven together with fate. For me, the braided hair suggests a wholesomeness, ruggedness, and girly innocence. I know; some of you may be picturing agrarian women in Soviet agitprop [54], but the look still works without the wheat field. What’s more, they are traditional European styles that look good on white women.

Now consider the clipped hair of “offended by everything” girl [55] or the bob haircut of Chanty Binx [56]. They are not natural, rugged, traditional, and wholesome, but artificial, combative, provocative, rebellious, and sharp. Consider the dreadlocks of the hippie meme girl [57] or the shaved heads of After Feminism [58] women. They are Africanoid atavisms. Actually, that is an insult to Africans. Black styles look good on black people, but when white people act black, it’s usually aesthetically displeasing.

The main attributes of white-friendly people’s fashion are adherence to gender roles, use of patterns, dark colors that project confidence, and embracing revived traditional European styles. It fits well with their beliefs.