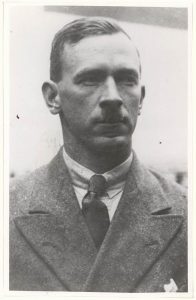 Stephensen was a prolific author. He published over thirty books under his own name. He also translated works by Lenin and Nietzsche. On top of that, he wrote nearly seventy books as a ghostwriter for Frank Clune.

To learn more about Stephensen’s life and work, read Kerry Bolton’s biographical essay, “P. R. Stephensen [4].” See also his profile of Lionel Lindsay [5], which also discusses Stephensen, who was an acquaintance, as well as the first part of his profile of Norman Lindsay [6].

For other works by Stephensen, see The Percy Stephensen Collection [10].