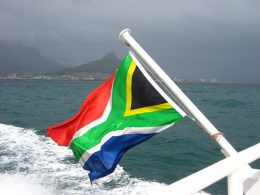 “We come from different backgrounds, different races, and we came together with one goal . . . I really hope that we’ve done that for South Africa . . . We can achieve anything if we pull together as one.”

— Siya Kolisi, Captain of the Springboks

It was utterly predictable and started the moment the final whistle blew. The commentators exalted in the fact that the Springboks had won the Rugby World Cup for the first time ever, laying the ghost of Apartheid finally to rest, and that it would be a black South African team captain who would raise the Webb-Ellis trophy aloft in Yokohama. Memories of former victorious Springbok captain Francois Pienaar waiting patiently for the palsied Nelson Mandela to waddle across Ellis Park in his green-and-gold rugby top to shake hands in 1995 were invoked. Other platitudes about a new dawn for the multiracial melting-pot were recalled. The theme tune to Invictus, a film based on John Carlin’s 2008 book Playing the Enemy: Nelson Mandela and the Game that Made a Nation starring Morgan Freeman was played, and close-ups of Cyril Ramaphosa’s cannibalistic smile graced our screens as the pundits waxed lyrical about what an exhilarating speech the South African President had given the team in the locker room before kickoff.

Then there was the chimp-like behavior of Bryan Habana, a former wing-player married to a blonde woman who is now a television pundit. He could not hide his almost orgasmic pleasure in the fact that a man of color would be honored in such a way. He wept literal tears of joy as he hugged the almost illiterate Siya Kolisi, who was stumbling through his victory speech, clutching his half-breed children Nichoolas and Keziah while his white wife Rachel looked on, smiling. This was a symbolic image the camera lingered over for some time in order that the worldwide audience would get the point, made all the more potent when the Daily Mail ran headlines which claimed she had been accused of “wasting good genes” when she married Kolisi in 2016.

The other theme was, of course, “the township boy made good” angle, where we were treated to tales such as:

Kolisi grew up in the township of Zwide. He was an underweight child who slept on the floor and survived on jam sandwiches. With no money to the family name, his favourite toy was a brick. Aged 12, his grandmother died in his arms. By the age of 16, his mother and aunt had also died and he subsequently lost contact with his two half-siblings, who disappeared when they were sent to an orphanage.

This fairytale rags-to-riches story was made real for all the world to see when Kolisi stated, “When I was a kid, all I was thinking about was getting my next meal.” Other newspapers ran with stories like “I want to inspire every child in South Africa” and “A lot of us in South Africa just need an opportunity. There are so many untold stories. I’m hoping that we have just given people a bit of hope to pull together as a country to make it better.”

Then there was the obligatory team photo in which the black players took center stage, despite the fact that the victory was almost completely due to the brilliant tactical planning of white coach Rassie Erasmus; the overwhelming strength of the Boer players like Pieter-Steph du Toit, Eben Etzebeth, Malcolm Marx, and Duane Vermeulen; the craftiness of the gazelle-like Faf de Klerk; and Handre Pollard’s consistent kicking game.

Thus, nearly a quarter of a century after the National Party submitted to black majority rule, the same lame and misleading innuendoes were either implied or trotted out by half-wit commentators with a sub-optimal knowledge of political, cultural, or social history. “This will continue South Africa’s journey as a Rainbow Nation!” “Sporting success would bring the people of South Africa together!” “Mandela’s legacy lives on!”

There was simply no end to the trite pro-black partisanship on display; a courtesy that was of course likewise extended to the defeated English team – well, their black players at least. Excuses were made for their lackluster performance. The facts that Kyle Sinckler was taken off after only a few moments and that Itoje gave a woeful performance in the set-pieces that lost England possession nearly every time they lined up for a throw went without comment. Similarly, the Vunipola brothers were said to have performed valiantly, and Courtney Lawes was described as battering the Springboks try line. But little was mentioned of Anthony Watson’s tragic fumble that cost England vital points, as opposed to the photographs of him scoring unopposed the previous week against the All Blacks.

The double standards and editorial innuendo of the commentators’ scripts are so blatant that we must now recognize that sport, like advertising, is being weaponized against us. Regardless of the merits and attributes of non-white athletes, the overarching fact is that they cannot be criticized, regardless of their fecklessness or failings in their chosen endeavor. Any hint of criticism will be attributed to conscious or subconscious racism, as will any lack of empathy for the trials and tribulations these princely pariahs have had to overcome in order to do us the favor of representing our communities on the international stage.

In the case of South Africa’s rugby triumph, little is said of the fact that Ramaphosa is leading a campaign to seize white-owned land; the fact that the vast majority of the blacks who travelled to Japan to support their team are no doubt the beneficiaries of pro-black racist employment quotas and the endemic corruption that blights the country; and of course the mass murder of white farmers by Julius Malema-inspired insurgents wielding machetes and pangas – a Zulu impi of wilding hyenas raping and killing their way across the Veldt.

Now that he has an international platform, perhaps Kolisi would like to take the opportunity to say a few words about the fact that his suffering – after all, he was brought up in the post-Apartheid era – was the direct result of the incompetence of presidents like Jacob Zuma and the other ebony potentates of the African National Congress? Perhaps he could read aloud some obituaries for elderly white couples, such as Henning and Hilda Schourie, who were bludgeoned to death in Sophiatown, near Johannesburg? Maybe he could speak out about the attempts to infiltrate and despoil the only safe and civilized place in the whole country, Orania, a whites-only settlement in the Northern Cape, by prominent black advocates like the author Tembeka Ngcukaitobi, who says it represents “a downright hostility to the idea of a single, united, non-racial country”?

This, of course, brings us back to the myth of the rainbow nation and its supposed inclusivity, when really it is far more like how Ilana Mercer described it in her book Into The Cannibal’s Pot: Lessons for America from Post-Apartheid South Africa (2011), and in her other writings such as The Genocide of Democratic South Africa and The Erasing of the Afrikaner Nation. South Africa has been so badly run by the black majority that it is almost always at the top of any global crime, murder, rape, and corruption league table, and is rolling inexorably towards the slow but steady eradication of the only people that could reverse its continuing descent into primitive barbarity.

Never have the words of the Dutch Minister of the Dutch Reformed Church, John Daniel Kestell (1854-1941) – “my nation is in peril, from his “My Nasie in Nood” – ever been more relevant, and never has there been a moment when the return of the Ossewabrandwag has been more necessary.

Ringing out from our blue heavens,
From our deep seas breaking round;
Over everlasting mountains,
Where the echoing crags resound;
From our plains where creaking wagons
Cut their trails into the earth,
Calls the spirit of our country,
Of the land that gave us birth.
At thy call we shall not falter,
Firm and steadfast we shall stand,
At thy will to live or perish,
O South Africa, dear land.