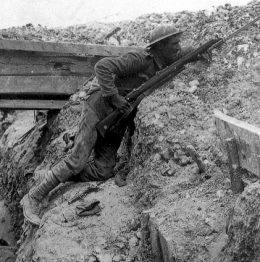 Our goal this year is to raise $100,000 in order to expand our efforts to build a metapolitical vanguard for White Nationalism. So far, we have received 348 donations totaling $88,929.71. We set our goals high because the task we have before us is formidable, but with your help, we will succeed. We want to thank everyone who has supported us so far.

Please note that, due to deplatforming, we are unable to take donations by credit card, although we expect to be able to so again very shortly. In the meantime, if you wish to make a donation through cryptocurrency, bank transfer, check, or some other form, please contact Greg Johnson at [email protected] [2].

It seems we’ve finally made the enemy angry.

They’ve noticed us, and they’re annoyed: the Leftists, the globalists, the multiculturalists. Their failures as leaders of the nations of Europe are becoming harder and harder to cover up. How can they ignore all the crime, grooming gangs, and homeless hordes defiling the streets? How can they ignore the clean-cut identitarians and nationalists on the rise as legitimate political threats to the established order? Their Marxist ideologies are doing nothing for their economies. Their own foot soldiers wear masks and wave Communist flags while bullying the innocent. Their police do as little as possible to prevent this in order to keep their paychecks and pensions. Meanwhile, Western Europe becomes browner and less recognizable by the day.

These are all signs of a civilization’s decline. Our enemies know this and don’t care, since they would rather wield power in a declining civilization than not wield power in a thriving one. So when intrepid souls point out the manifest dysfunction of the societies over which our enemies preside, they perceive it as a personal threat and aim to shut them down. This is why they deplatform us. This is why they denounce, censor, marginalize, and harass us. This is why they won’t let us sell our books, propagate our videos, or speak at our own events.

And now, they have taken the Orwellian step of criminalizing our very speech and thought.

Greg Johnson was arrested [3] this past weekend before participating in the Scandza Forum in Oslo, Norway, and then deported. Ostensibly, this was because he promotes political violence and terrorism. But this is a lie. Not only that, it is a flimsy lie. It’s an easy-to-refute lie. It’s insulting that the Norwegian authorities would expect anyone to believe such a lie. And yet it was Johnson who was the victim of political violence as a result of this lie. The enemy is afraid of what Johnson stands for and the future he envisions, and is taking steps to thwart him as much as possible. That they are violating their own human rights codes does not matter to them. That they are acting as totalitarian and fascistic as they constantly paint the Right to be means nothing to them.

Tell me honestly, who on the Right actually fears the ideas coming from the Left? We fear oppression and violence from the Left, sure. But the ideas themselves? Are there any Leftist ideas that aren’t utterly ridiculous, obviously false, or repudiated by history? Are there any Leftist ideas that we can’t just swat aside with simple arguments? Maybe some. But from the French Revolution to the Soviet Union, and up until today’s immigration crisis, Leftist principles enacted by governments usually end in disaster of one form or another. This is irrefutable. Yet, people – especially white people – become enamored with Leftist ideas because of the pretty, egalitarian lies coded within.

Opposing these lies therefore seems ugly and offends their sense of taste. They forget the paramount importance of Truth: that an ugly truth always trumps a pretty lie. A white person who promotes race realism and ethnonationalism the way Johnson does is the embodiment of this profound truism, and it matters not at all if this white person promotes peace as well (as Johnson also does). This at least partially explains the lack of popular outrage regarding his shameful arrest and deportation.

But as members of the Right, we have to remember that Greg Johnson is taking flak so we don’t have to. If he and others like him get silenced by the enemy, then we’re next. This “we” is composed of normal, private citizens who are conservative, traditionalist, and honest (at least with ourselves) about the biological reality of race and gender. We may not have the resources or the talent to be on the front lines of the culture wars. We may have small children or precarious careers, and so have too much at stake to take risks. Nevertheless, we would like to live in a world that is harmonious with this reality; not one that is opposed to it in the name of artificial notions such as “social justice.” If the front line of our defense falls – and with it, people like Greg Johnson – then it will fall on this “we” to defend civilization. Can we do it? Do we have the organization or the resources? Do we have the time?

Probably not. And if this second line falls – imagine our elites fining, firing, harassing, or imprisoning private citizens because they once donated to Dissident Right causes, or wrote impolitic things on social media, or appeared on video wearing a MAGA hat. Then what? Then we have civil war.

And the only notion scarier than the war itself is the very real possibility that we might lose.

This is exactly what happened in the Soviet Union in the early 1920s. Once the conservative elements of Russia understood the dire threat that the Bolsheviks had been posing all along, they engaged in a civil war in which seven to twelve million were killed [4], mostly civilians. And they lost. Because of this, millions more had to die in terror famines [5] and in the Gulag Archipelago [6] throughout the Soviet Union.

If it happened there, then something similar could happen here.

My point is twofold. First, the enemy will not stop, it will never be sated, and it will never be moved by things like pity or remorse. It will never respect the human rights of those on the Right. Secondly, we must shore up our first lines of defense now to prevent this cascade of disaster from ever happening in the West. And this disaster does not have to happen. It is entirely avoidable. Aleksandr Solzhenitsyn outlines in comprehensive detail in his Red Wheel [7] novels exactly how the Communist revolutions in Russia could have been avoided – and it involved following the ideas of clear-headed, far-seeing ethnonationalists like Pyotr Stolypin [8]. Stolypin was assassinated by a deranged Jewish Leftist in 1911, and as a result, Russia had little defense against impending disaster. And what a disaster it was!

Fortunately, we’re not at that point yet today. People like Greg Johnson, Kevin MacDonald, Jared Taylor, Mike Enoch, Mark Collett, Millennial Woes, and others are alive and well and serving the cause. But this is something we can never take for granted. The events in Oslo should make this clear. They arrest us today, they assassinate us tomorrow. We have to make sure that such a tomorrow never comes.

Spencer J. Quinn is a frequent contributor to Counter-Currents and the author of the novel White Like You [9].