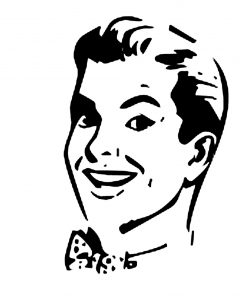 I am glad to tell you, my friends, that I have passed this challenge. My mind is at ease, my soul feels clean and pure again, and my body is a weapon fit for the Archangel Michael. I could also offer you details concerning some of the other psychosomatic effects, but as Counter-Currents is a highbrow webzine, the traditional Slavo-Mediterranean braggadocio about sexual prowess and genital size should be used sparingly.

I’m no stranger to addictive behavior, or to the cessation of addictive behavior. In my life, I’ve been seriously addicted to three substances: risperidon, nicotine, and sugar. Two of those I’ve completely dropped, while sugar I’ve learned to consume in moderation. I’ve also had my fair share of problems with video game addiction, and let’s not forget that cigarette smoking has a behavioral aspect to it. I had the misfortune to be born with an addictive personality, or in terms of personality psychology, high extroversion and low agreeableness. For those of you who are my fellow evolutionary psychology eggheads, Dr. Kevin MacDonald has an alternative theory of personality [3]  which posits that these are essentially the same trait [4]. I am a thrill-seeker. And whatever else you say about porn, drugs, booze, casual sex, violence, and writing for Counter-Currents, they all fall under the category of “thrill.”

The problem with trying to quit addictive behaviors is that you’ve got nothing to replace them with, and especially nothing to replace the thrill with. Well, that’s not entirely true. Personally, I did not quit smoking as much as found religious fervor and the adrenaline of martial arts training [5] to be superior forms of thrill. There’s always something better. However, you face two problems when you do this. Firstly, our degenerate and downright evil society incentivizes the bad thrills and discourages the good thrills. Secondly, you’re probably suffering from the worst curse of decadent modernity: loneliness.

The first problem is surprisingly the lesser one. You’re already reading Counter-Currents, and so you are already somewhat skeptical of modern society, to say the least. If you’re attempting No Nut November, there’s maybe the tiniest germ at the back of your head that no, pornography is no bueno and you should maybe take a month off. Societal pressures will mean less to you than they do to the normie and the NPC. That being said, I don’t want to understate the enormity of societal nudging in the onanist direction. Smut purveyors have made their garbage available to everyone with Internet access. Their tentacles are everywhere, protruding out of phone and computer screens. Worse yet, all of the big-headed and many-degreed experts are unanimous that beating your meat is not only good for you, but also good for society and for the environment. Humans are a social species and most find it difficult to go against the tribal signal, which in our current society comes from lab coats. Other, worse addictions are even more heavily promoted [6].

But the second problem is deadly serious. We are, by the standards of our ancestors, lonely people. Many of us have very few close friends to confide in, and have very little actual human contact. Ask yourself: How many of your friends can you talk to freely regarding the deep badthink? As someone who lives on the fringes of the American Empire, I have to check my privilege: Everyone who isn’t already a full-time buttkisser for the Americans is very aware of racial, ethnic, and sex differences not just in IQ (which is only controversial to egalitarian fanatics), but also in personality, civilizational capacity, attainment, and personal and public hygiene. It’s amazing to me just how much self-censorship the average American has to impose upon himself to keep from losing his friends and family. One would venture a guess that friends and family like that are not worth keeping. As described by Robert Putnam in the appropriately named Bowling Alone [7], modern American society lacks the necessary social cohesion even to form a local bowling league. And if you can’t manage that, there’s no way in hell you’ll be able to form a gang of young men who’ll lift and fight together. This is not to mention that without the social cohesion of the Männerbund, no man can fully resist the slings and arrows of temptation that addictive substances and behavior hurl at those in recovery. Separate, we are but weak twigs. 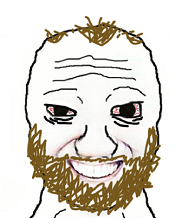 No Nut November provides us with a valuable lesson. If we are to leave bad behaviors and habits behind, we must first construct a ritualized and pseudo-religious means of reinforcing good behavior, if not outright religious dictates against the bad and for the good; and secondly, assemble a group which will perpetuate the ritual and its associated memes, as well as provide encouragement and support to each of its members to avoid temptations and regression. Now, don’t take my use of the word “construct” literally. If I’m being completely frank, I don’t think that good religious or ideological systems can be consciously constructed, no more than a good language can be consciously constructed. Steer clear of those seas, mateys, for thar be Esperanto, Scientology, and Objectivism. Rather, rituals and memes that work become part of complex memeplexes which are reinforced not only by a perpetuating group, but also by their very obvious survival for a long time: tradition. For this reason, we might be better off resurrecting what worked in the past, with the caveat that it is entirely possible that it won’t work on modern people. Hey, nobody said that metapolitical cultural labor would be easy.

Above all, No Nut November has given us that will, and asabiyyah can defeat the money and ubiquity of globohomo at the personal level. The smut merchants are powerless against a determined gang of men who support each other in an effort to achieve excellence. And if we can defeat them at the personal level, we can defeat them at the familial level as we become shining beacons of manly virtue who guide our families with a firm hand towards grace and rectitude. And if we defeat globohomo at the familial level, then our families, having become beacons of virtue and propriety, will lead our communities – and there lies the path to actual political power.