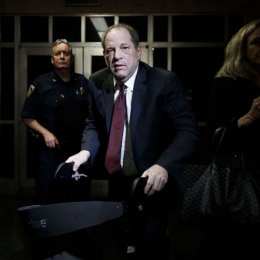 Weinstein’s conviction was celebrated by President Trump and many of his supporters.

“I think from the standpoint of women it was a great thing, it was a great victory and sends a very strong message,” Trump said [1]. “The people who liked him were the Democrats.”

There is some cause to celebrate. Weinstein was a major Democratic donor who backed many liberal causes and was a close ally to the Clintons. The Jewish film mogul produced all kinds of smut and degeneracy, all while exploiting gentile actresses. His downfall unveiled the dark side of Hollywood and the scummy types who run it. 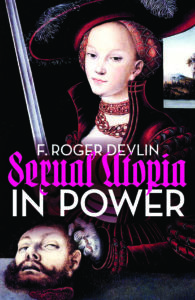 Weinstein was a scumbag, but principles are more important than people [4]. So no one on the Right should cheer on this “great victory for women.” These convictions embolden the #MeToo [5] Movement and the dubious accusations feminists encourage. MeToo does not aim at ending sexual abuse but obtaining power. MeToo empowers women to consider every bad date, every awkward flirt, and every rude comment as sexual assault. The movement wants to cow men and impose matriarchy on American society.

Weinstein’s conviction is a great victory — but not for Trump’s America.

Many of Weinstein’s accusers were victims of gross and aggressive behavior, but at least one seemed to be just a jilted ex-lover. Jessica Mann had a long relationship [6] with Weinstein and never complained about it until reports broke that Weinstein was an abuser. Mann testified in court that the mogul raped her and humiliated her with “golden showers” and other vile acts. While she was supposedly enduring this abuse, she was sending dozens of texts and emails to Weinstein about how she loved spending time with him. She also told her friends, family, therapist, and life coach that she enjoyed dating Weinstein. But she testified that this was all a lie.

Mann’s testimony was key to the trial, and it amounted to the court buying her word that she happily dated the man who raped her. This testimony helping convict Weinstein sets a terrible precedent. Now any woman can claim her ex-boyfriend raped her and her word will be enough to send the accused to prison.

While Weinstein is a very unsympathetic character, so are many of his accusers. Actress Rose McGowan, a deranged spinster, was one of the first to publicly go after Weinstein. Some Trump supporters wanted to make her a heroine, despite her clear goal to topple the patriarchy and blame everyone for her career decline.

The most unsympathetic is arguably Asia Argento. Like Mann, the Italian actress claimed Weinstein raped her even though she went on to have a relationship with the movie producer. Her fellow Italians doubted her claims [7] and she was pilloried as an opportunistic prostitute in the Italian press. After accusing Weinstein of rape, she possibly inspired her boyfriend [8], TV show host Anthony Bourdain, to kill himself. A few days before Bourdain took his life, the forty-something Argento was spotted making out with another man. Argento herself allegedly sexually assaulted a minor [9]. She settled that case out of court. A true woman of virtue.

Most of the accusers are similar to Mann, McGowan, and Argento. They received boosts to their careers thanks to Weinstein, but became bitter after it didn’t translate to their expected level of success. Most of these women willingly submitted to Weinstein — it’s the bitterness that led them to cry rape in public. They knew what they were getting into when they visited Harvey in his bedroom.

It is good that they are exposing this ugly side of entertainment, but let’s not pretend these actresses lack agency. MeToo is similar to campus rape hysteria. Many co-eds say they experienced sexual assault after unfulfilling hookups or bad dates. They exploited rather conservative notions of young women as pure and wholesome girls to elevate their dubious claims. “A good girl like that would never do such a thing! The evil fratboy must’ve raped her!” We are supposed to pretend that these mentally ill actresses were also virtuous paragons before Harvey got his slimy hands on them. The implication is that women lack the ability to be responsible for themselves and can’t take ownership of their decisions.

These Victorian notions contradict the proponents’ desire for unrestrained sexuality. The modern feminist believes she can and should hook up with as many partners as possible. If one doesn’t work out well, then it must be the man’s fault — he might even be a rapist.

MeToo is the disastrous result of the breakdown of social norms. Men and women are bound to form relationships in the workplace. There are no real norms to police this behavior besides the woman’s own feelings. The same media that shrieks over film producers banging actresses celebrates married women carrying on affairs in the workplace. FBI Lawyer Lisa Page is a hero to the MeToo crowd, even though she’s a married woman who had multiple affairs with co-workers. So is former Congresswoman Katie Hill [12], who had to resign from Congress over multiple affairs with her subordinates. The media says Hill was a victim of sexism, despite her engaging in similar behavior that brought down Weinstein. Taboos against adultery and other tawdry behavior don’t matter. What matters is the woman’s own happiness. If she’s happy, then the behavior is good. If she’s unhappy, then it’s sexual assault.

That’s the crux of MeToo. 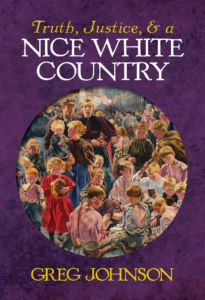 It should be noted that gay predators in Hollywood did not receive the Harvey treatment. Director Bryan Singer was accused of sexual abuse by several men [15], yet he still receives directing gigs. MeToo only matters when women are the victims.

Weinstein’s downfall won’t lead to virtuous WASPs taking over Hollywood and making more movies like 300. All it means is that straight men will have fewer positions of power and AWFLs (Affluent White Female Liberals) will grow to dominate the industry. Move over Weinstein, here’s Kathleen Kennedy [16].

At least Weinstein produced some good films. Kennedy and other AWFLs will only deliver pure shit. I hope you liked the new Star Wars trilogy [17], because that’s going to be the standard in AWFLwood.

It’s nice to see a scumbag like Weinstein get his comeuppance. But his downfall is no victory for us. It’s a victory for radical feminists who want to make everyone’s life miserable.