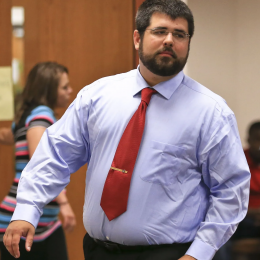 Disgraced “Traditionalist Workers Party” leader Matthew Heimbach came out as an anti-racist socialist on April Fool’s Day. His video, produced by an organization created by a former Islamic extremist, pleaded for white nationalists [1] to leave their hate behind and embrace socialism instead.

This was no April’s Fool Day joke — Heimbach seriously believes he can pull off this pivot to the Left. This should be the sad end to an embarrassing political career. We’ve witnessed many turncoats over the years who disavow their old views for a chance at clout. The interesting thing about Heimbach’s move is how similar his new views are to his old ones. Heimbach previously proclaimed himself a socialist; now he just drops the nationalism and race realism. Heimbach isn’t alone in this thinking; some within our ranks also want to move closer toward the Left.

Most want to keep their racial views and somehow appeal to modern leftists with grandiose economic policies. They think the Left is more receptive to their radical ideas than anyone on the Right. It’s a great chance at a redemption arc and mainstream attention, or so the adherents think. But the “Red-Brown” alliance is a figment of marginalized right-wingers’ imaginations. No one on the Left wants this alliance. The far-Left cares far more about social issues than economic justice — they’re not gonna accept an unironic neo-Nazi because he supports Medicare for All.

There are two different possible pivots to the Left for disgruntled wignats: they can follow the Heimbach path or they can vainly hope socialists will come to countenance white nationalists in their coalition. Neither strategy will work.

The Heimbach strategy is bad for several reasons. Most obviously, it requires you to sell out your former friends and bend the knee. You have to abandon everything you once believed in for one final chance at political relevance. This is bad because you deny the truth of race realism and nationalism and side with our enemies. You no longer advance your people’s cause, but only your own selfish vanity. Whites will not benefit at all from colorblind socialism or uniting with all races against the bourgeoisie. 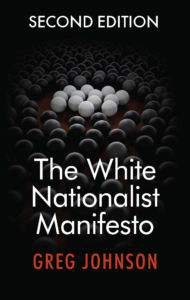 It’s also not going to work for your rehabilitation. There are probably some Alt-Right figures who would consider a similar move to Heimbach, but they don’t have the ability to acknowledge any failures or wrongdoing. Contrition is required for this process — you can’t blame everything on other people and insist you were never really a racist. You have to be forthcoming about your past sins. Heimbach did this, but it’s impossible to imagine other figures doing the same. Their egos could never bear it.

There’s also the demand that you have to inform on your former comrades. Heimbach did not go that far in his rehabilitation — at least not yet — which limits his redemption. The same can be said of former National Socialist Movement leader Jeff Schoep, who recently disavowed his past views to help with his legal troubles [3]. Leftists demand information in exchange for praise.

Compare Heimbach to notorious turncoat Katie McHugh. McHugh continues to offer information on a variety of Right-wing figures to Antifa journalists. Her treason has brought her a degree of praise from the Left. She’s appeared on a few popular liberal podcasts to share her harrowing story of attending Right-wing events and accepting their help for her career.

But even though her doxing has threatened the jobs of White House advisers, she’s not exactly getting what she wants. Nobody is publishing her writing, and no one cares about her takes on politics. She will never get a byline in Jacobin or HuffPost. Leftists just want her to dish dirt on the Right. They’ll just discard her once she is squeezed dry. The Left is not going to make her a leading pundit or offer her the opportunities conservatism did. It just allows her to satiate resentments.

When you sell out, you’re never offered a chance to be a serious political figure. You’re only a tool for groups like the SPLC or ADL. No one is going to see you as a leading political thinker or activist. The life of Christian Piccolini is the most you can aspire to. Right-wingers looking to rebrand don’t want that.

The better option, in wignats’ minds, is to hope the Left comes to appreciate Right-wingers’ support for single-payer healthcare and UBI. They reason that the majority of their messaging must be geared to winning over disaffected Bernie Sanders supporters. “Conservatives” are useless and only deserve spite.

This strategy assumes that hardcore Leftists will unify with White Nationalists to secure the bag. It imagines a Left that doesn’t exist. The modern Left hates white people and nationalism far more than it hates billionaires and capitalism. The average Chapo Trap House listener is a bitter loser who takes his dejection out on his fellow whites and traditional social order. A certain segment of them will eventually wake up and realize the error of their ways; the majority won’t.

We should strive to win over the smarter, healthier Leftists to our side. But that doesn’t mean we need to pretend we are the Left to convert them.

The Left definitely doesn’t want the support of a few fringe Right-wingers. Wignats don’t have the numbers to form a solid political coalition. Any alliance with wignats would jeopardize Left-wing political efforts to work within the Democratic Party and establishments. They would be threatened with deplatforming and unemployment. They would lose many within their own ranks who would never take any alliance with “fascists.” All this, and you just get the most hated people in America to like you more.

An alliance must benefit both parties. This alliance only benefits the Right.

There are some interesting crossovers between the far-Right and far-Left at the moment. Former Breitbart chieftain Steve Bannon appeared on the “anti-woke” Left podcast Red Scare this month, surprising the entire political spectrum. The conversation was cordial, but not that groundbreaking. Most of the Left was furious [4] Red Scare had a “Nazi” on, while the Right was thrilled with the development.

Would Red Scare take a step further and have a Charlottesville participant on? Doubtful. That would be too far for their allies, gain them no favors from the mainstream Right, and outrage their audience.

Red Scare has a sizable audience, but it is an outlier. Most of the Left has zero tolerance for anything Right of Bernie Sanders. Joe Biden is a fascist and a racist to many of them. Just imagine what they think of people who support immigration restrictions.

But the red-brown dream lives on. There is one example of a semi-successful red-brown alliance. However, it is not an example that can be emulated. During the 1993 Russian parliamentary crisis, communist lawmakers welcomed the support of nationalists who also opposed free-market reforms. Boris Yeltsin and his compatriots blasted this red-brown alliance [5] as a fascist threat to the Motherland. Yeltsin, of course, won this struggle with the help of military firepower.

The alliance lives on for many Right-wingers as what could be. Yet, they overlook who composed this alliance. The Russian communists of 1993 were very different from any Leftists who currently exist in the West. They were not fighting for trans rights or open borders. They were fighting to restore national dignity and preserve Russian power. They celebrated traditional values, and many military commanders supported their struggle. They were more nationalistic and conservative than many so-called nationalists in the West. They didn’t mind that a few Right-wing militants offered their support.

There’s no possible scenario where this would arise in the West. Our communists are more likely to be transgender sex workers than hardened military veterans who want their country back.

Instead of trying to make fantasy alliances work, the Dissident Right should focus on appealing more to the people who are actually open to our ideas. We will not get anywhere by further alienating ourselves from the mainstream by embracing communism. We obviously don’t mind state intervention in the economy, and we aren’t embarrassed by big government. That doesn’t mean we need to defend Stalin and Mao to win over Leftists who no longer exist.

At best, the Leftist flirtation leads to embarrassing overtures to Bernie Bros. At worst, it turns you into Matt Heimbach. It’s better to focus on building our own political power and growing our own numbers through sensible ideas than pretending we’re actually Leftists.

We’re on the Right, and it’s nothing to be ashamed of.

If you want to support our work, please send us a donation or superchat (paid comment) by going to our Entropy page [6] and selecting “offline super chat.” Entropy allows you to donate any amount from $3 and up. All superchats will be read and commented upon in the next episode of Counter-Currents Radio, which airs every Friday.