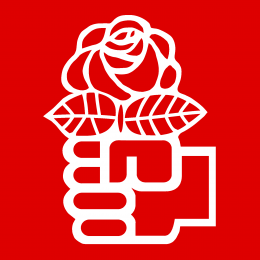 The Democratic Socialists of America, once obscure, are now one of the most powerful left-wing groups in the country. But Bernie Sanders’ humiliating loss in the Democratic primary casts doubt on the eventual triumph of the DemSoc utopia. Could the DSA just be a flash in the pan? And, most importantly for us, what can the Real Right learn from the DSA?

The media can’t resist publishing glowing profiles of the lefties. The Atlantic recently claimed [1]the coronavirus is the DSA’s moment, with membership shooting up to 66,000 and economic turmoil energizing activists to organize. While 66,000 members is much smaller than the Democrats and Republicans, it is far larger than other activist organizations. Nothing on the Right can compare to that.

The DSA members interviewed are about what you’d expect. The lead subject is a “non-binary” person who goes by Abby, insists on “they/their” as her pronouns, and was laid off from a Denver board games store. This isn’t the paunchy steel worker of the past.

But it’s likely The Atlantic was too effusive about the DSA’s prospects. The Democratic Party is currently running a senile septuagenarian who hates socialism and loves big business. Many of their favorite politicians, such as Alexandria Ocasio-Cortez, are submitting to the establishment for the shared goal of beating Donald Trump.

A more honest assessment [2] of the DSA’s current state comes from the lefty website, The Bellows. Fellow Leftists know the real internal dynamics of the group and aren’t going to be awe-struck by their propaganda. They know what’s bullshit and what’s not. The article, written by one Briana Last, praises DSA for its growth and a deep commitment to Leftist issues. Last acknowledges that the socialists have made real progress in recent years, but the success has been overinflated by journalists. “The Left needs to build independent institutions capable of influencing elections and the DSA has yet to do so in a meaningful way,” she writes.

Last negatively compares the DSA to the Justice Democrats, which is a political action committee rather than a mass organization. The Justice Democrats raise money, recruit candidates, draft policy papers, and provide valuable staffers to a campaign. The DSA primarily just provides enthusiastic volunteers:

In electoral campaigns where money translates to power, DSA has no real bargaining chip. Except for the promise of media exposure and some volunteers, DSA has no mechanism by which it can substantively shape the policy programs of candidates and to keep them accountable to the organization. Thus, candidates (whose kickstarter capital and policy platform are determined by other more serious progressive organizations) only seek DSA’s endorsement for largely symbolic reasons. DSA’s limited resources also mean that few members within the organization feel capable of making a bid in the first place. This means that only those with the audacity and independently earned capital to run for office do so, rather than the candidates best poised to win with the support of the general membership.

Last believes it would be better for the DSA to “build power beyond the ballot box and shift political opinion through the long, slow process of political education.”

“This could make it a formidable force in politics, pulling the Democratic Party to the left, while at the same time building coalitions and playing an important role in class formation beyond the scope of any given election,” she adds.

Last chastizes DSA’s democratic structure for not giving it sufficient focus and strong priorities. Its national convention focuses more on what positions they should hold on Palestine and trans rights rather than what issues they should campaign on.

Another major problem is DSA’s demographics. It’s not a working-class party at all — nearly a third of members earn over $100,000 a year. Most members are college-educated and only six percent of members are in a union. The DSA is less unionized than the general American population, and you have to remember that many of their union members are journalists and other white-collar workers. The affluent overrepresentation belies the DSA’s “working class” image. Rather than focusing on the issues of the working class, the DemSocs fixate on issues that interest wealthy millennials who see themselves as the proletariat. Last blames the Labour Party’s crushing defeat in the UK’s 2019 election on the dominance of affluent activists.

The writer is optimistic that the DSA can seize this unique moment and transform itself into a genuine workers’ party. The party needs to be more like Bernie’s simple agenda and less like a caricature of a college campus.

Last is probably wrong in her optimism. The kind of working-class she envisions doesn’t really exist anymore. Many of the proletariats are now service workers like non-binary Abby. Abby would like Medicare for all, but “they” also care deeply about all the social issues that befuddle middle Americans. People like Abby want trans rights and open borders at the forefront of socialism. This core audience would be lost if the DSA solely focused on workers’ issues. Some may say it’s worth the trade-off, but will enough normie workers be won over to compensate for the lost book store employees and trust fund radicals? Probably not.

Democratic socialism will remain an affluent young person’s ideology. The white working class cares deeply about socio-cultural issues and will not go along with a movement that seeks to check their “white privilege.” Union guys are more likely to vote for Trump than for Ilhan Omar.

For what the DSA is, it’s a pretty effective metapolitical organization. It has helped make single-payer healthcare, open borders, and prison abolition mainstream ideas on the Left. The group has made “socialist” a popular label for Leftists and taken away the “bad optics” surrounding it. The DSA can organize thousands of people across the country to protest the far-right. It’s also separate from the Democratic Party and can effectively advocate for its principles without having to “support the team.” Most importantly, it operates as a community for like-minded individuals to organize, share ideas, and work together for shared political goals. The 66,000 number may look small when compared to major political groups, but that’s a large activist core that will be around for many years. That’s no small feat.

The main problem for the DSA, as hinted in the Bellows article, is that more professional organizations like the Justice Democrats will have more sway over future political candidates. DSA members want anti-establishment revolutionaries who will stick to their principles; Justice Democrats prefer more pragmatic lawmakers. Most politicians are more willing to listen to money than a few activists. The next great progressive champion will be less anti-establishment and less committed to DSA’s principles than Bernie. It will be harder to maintain a high-energy national organization if the great progressive champion is cozy with Joe Biden and supports Zionism.

Could the Dissident Right emulate the DSA model? Probably not.

Being in the DSA doesn’t cause you to be doxed, harassed, unemployed, and deplatformed. Being in a right-wing member organization does. If any of our groups get too large or threatening, the dogs of war are unleashed. Tech platforms ban your account, Antifa launches savvy infiltration campaigns, journalists dox and harass your members, and possible allies rush to disavow your group. DSA does not suffer from any of these advantages. It’s an easy way to be a “dissident” without suffering any of the consequences of being a dissident. You can post all day about guillotining capitalists and fascists without worrying about unemployment or lost reputation.

Member organizations are very tough to pull off on our side. They are important for networking and building community, but they are limited in how much they can influence electoral politics.

A Dissident Right campaign volunteer organization is out of the question and so is a political action committee. The best path is what Last suggested for the DSA to focus on: build power beyond the ballot box and shift political opinion through the long, slow process of political education. Our side has shifted political opinion through guerrilla activism. A few dozen right-wing Twitter accounts memed nationalism into a serious political force in 2016. The Groyper War last fall forced several mainstream conservatives [4] to adopt immigration restriction and non-interventionism.

These were organic, grassroots efforts that didn’t require the backing of a member organization. The best way to build power and shift political opinion is through decentralized, rebellious, and fun engagement with mainstream politics. We don’t need 66,000 activists to accomplish what a few questioners can do to Turning Point USA.

The Dissident Right has the serious advantage of having relevant answers to our zeitgeist. Single-payer healthcare or more vacation time won’t solve America’s current woes. America is crippled by globalism and multiculturalism. Democratic Socialists offer no serious answers to these problems; we do. This is our moment, not theirs.

Coronavirus should bring a great reckoning in Western politics. More people will question the utility of mass immigration, globalism, and love of the other. We need to position ourselves to educate the masses on what really led to this disaster.

If you want to support our work, please send us a donation by going to our Entropy page [5] and selecting “send paid chat.” Entropy allows you to donate any amount from $3 and up. All comments will be read and discussed in the next episode of Counter-Currents Radio, which airs every Friday.